Ukrainian troops on Tuesday accelerated their military advances on two fronts, pushing Russian forces into retreat in the Donetsk and Luhansk regions to the east and Kherson region to the south.

The gains showed Kyiv continuing to recapture occupied territory on the same day that President Vladimir Putin and his rubber-stamp parliament sought to formalize their increasingly far-fetched annexation claims of four Ukrainian regions.

“The Ukrainian armed forces commanders in the south and east are throwing problems at the Russian chain of command faster than the Russians can effectively respond,” said a Western official who requested anonymity to brief reporters about sensitive security information. “And this is compounding the existing dysfunction within the Russian invasion force.”

Ukraine has been pushing to take back as much of its occupied territory as it can before Russia potentially sends hundreds of thousands of reinforcements to the battlefield, following a recent mobilization effort.

The Ukrainian counteroffensive, which had moved far more slowly in the south compared to the lightning push through the northeast Kharkiv region in September, has suddenly picked up speed, with Russian units retreating in recent days from a large swath of territory along the west bank of the Dnieper River.

Ukrainian forces pushed ahead dozens of miles into the southern Kherson region, liberating towns and villages and recreating scenes from mid-September when they swept into Kharkiv and were greeted by joyful residents who had spent many months under Russian occupation.

On Monday, the spokesperson for the Russian Defense Ministry acknowledged that “superior tank units” of Ukraine had “wedged in the depth of our defense line” near the villages of Zolota Balka and Oleksandrivka in the Kherson region.

Regaining control of the Kherson region, a rich agricultural region whose capital city is an important port where the Dnieper flows into the Black Sea, is critical for Ukraine. The capital was the first significant city captured by Russia at the start of its invasion last February and its loss would be a severe setback for Russia — strategically crippling for the military and politically humiliating for Putin.

Control areas as of Oct. 3 Control areas as of Oct. 3 Sources: Institute for the Study of War

Kherson is the only position the Russians hold west of the Dnieper, and a potential strategic springboard for Russia to launch any future offensive down the Black Sea coast towards the storied port city of Odessa.

Ukrainian officials had touted an operation to liberate Kherson for months, potentially drawing Russian troops away from Kharkiv and enabling the Ukrainian victories in the northeast. But until now Ukrainian forces had struggled in the south, suffering heavy casualties but making few territorial advances.

Refuting annexation, Ukrainian forces push on from Lyman towards Luhansk

The Ukrainian gains in Kherson follow the recapture over the weekend of the strategic transit hub of Lyman, in eastern Donetsk. Ukrainian forces encircled the city, killing some of the retreating Russian troops whose bodies were collected on the roadsides. The Ukrainians then pushed through Lyman apparently intent on extending their gains into Luhansk, the region where Russia has maintained its strongest grip.

The collapse of the Russian position in Lyman was notable because it occurred just as Putin was claiming that the city and all of the Donetsk region, along with Luhansk, Kherson and Zarpoizhzhia, were annexed and restored to Russia as part of its historical lands. But unlike in Kharkiv where Moscow ordered a retreat, Russian forces had apparently been told to defend Lyman.

“All Russian forces withdrew in poor order, suffering high casualties from artillery fire as they attempted to leave the town to the East,” the Western official said of Lyman, comparing it to Kharkiv. “Then, as you recall, troops received an order to cede the territory,” the official said. “But in Lyman we think that the Russian troops retreated despite orders to defend and remain”

“Relinquishing this area is exactly what the Kremlin did not want to happen,” the official said.

As a result, Russian control over the Luhansk region, which was mostly uncontested since June, is now also in jeopardy.

The Institute for the Study of War (ISW), a Washington-based think tank, said that geolocated footage corroborated claims from Russian military figures that Ukrainian troops are continuing their advancement east of Lyman, apparently gearing up for a fight over the town of Kreminna .

Videos posted by Russian independent outlet Astra show pro-Russian fighters from the self-proclaimed Luhansk People’s Republic camping out in the open field and complaining that Russian commanders have abandoned them while withdrawing.

In the videos, a man in worn-out fatigues said the Russian losses in the area were huge, with only 193 survivors and a few pieces of heavy equipment left from their initial convoy. The Washington Post could not independently verify the video clips.

As Russia was retreating on the battlefield, the political theater of annexation continued in Moscow, where the Federation Council, the upper chamber of the Russian parliament, rubber-stamped Putin’s annexation of the four Ukrainian regions.

Putin and other officials have warned that Russia would feel entitled to defend its newly seized territories by all possible means including, potentially, the use of nuclear weapons.

The annexation legislation now passes back to the Kremlin for Putin’s final signature, which from Russia’s perspective would complete the process of seizing more than 15 percent of all Ukrainian sovereign territory. Officials said Putin was likely to sign on Tuesday, but what might follow was anyone’s guess.

On Monday, Putin’s spokesperson Dmitry Peskov conceded that he did not know the precise borders of the newly annexed territories and he said Russian officials would continue “to consult” with the local population on how far Russian control would stretch into Kherson and Zaporizhzhia.

Putin’s brazen land-grab attempt was met with overwhelming international condemnation. Even countries that traditionally maintain closer ties to Moscow, like Turkey and Serbia, united with the West in their refusal to recognize the results of the so-called referendums.

In what appeared to be a linking of arms of pariah states, North Korea said that it would recognize Russia’s new borders. According to the Russian state-run news agency TASS, Pyongyang said on Tuesday that it supports “the position of the Russian government on making these regions part of the country.”

Putin is now apparently betting on the unpopular mobilization drive that aims to call up hundreds of thousands of men to help hold ground in the annexed regions.

On Tuesday, Russian defense minister Sergei Shoigu announced that over 200,000 men had been sent to the Russian Armed Forces in the two weeks since Putin announced the mobilization on Sept. 21.

At the same time, the interior minister in neighboring Kazakhstan, Marat Akhmetzhanov, said that an equal number of Russians — 200,000 — had crossed that country’s border since Sept. 21, with most apparently seeking to flee the mobilization or out of fear that Putin would soon impose martial law and bar international travel. Tens of thousands more Russians have fled to other neighboring countries including Georgia and Finland.

The botched mobilization has led to severe recriminations in Russia with some governors expressing fury over men who are too old or otherwise unqualified being wrongly called to duty.

Meanwhile. Russian defense minister Shoigu tried to answer a torrent of recent reports on Russian social media from mobilized men and their family members complaining about the lack of appropriate equipment in military units, which forced some newly-minted soldiers to go seek protective gear themselves.

“Officials have been instructed to provide the mobilized with the necessary sets of clothing and other equipment,” Shoigu said, adding that 80 training grounds across Russia were now accepting newly mobilized soldiers.

But there were signs that Russia was not able to properly equip its recruits.

Prices of bulletproof vests have dramatically increased in Russia over the past two weeks, with some stores hiking up the prices by more than ten times, local media reported. In total, a soldier looking to purchase a full uniform appropriate for fighting in Ukraine has to spend roughly $3,000 out of pocket, the Baza news outlet reported.

Ilyushina reported from Riga, Latvia; Khrushudyan from Dnipro, Ukraine; and Rauhala from Brussels. Robyn Dixon and Natalia Abbakumova in Riga contributed to this report. ‘Gaslighting’ chosen as Merriam-Webster’s word of the year 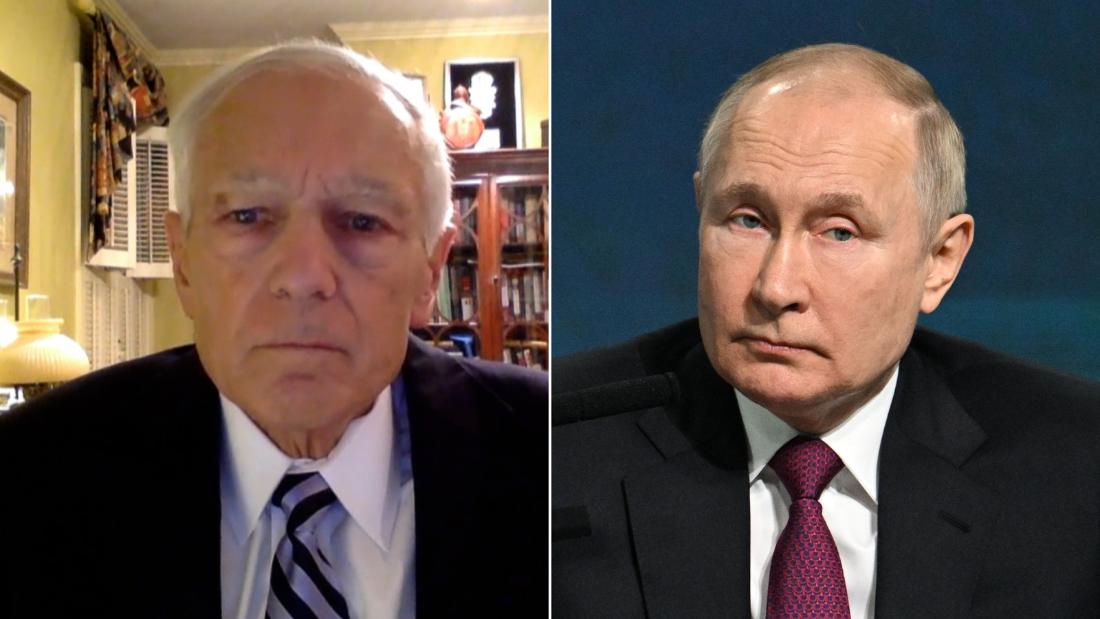