WASHINGTON, Sept 30 (Reuters) – Russia on Friday vetoed a UN Security Council resolution introduced by the United States and Albania condemning Moscow’s proclaimed annexation of parts of Ukraine, and China chose to abstain from the vote.

Earlier, Russian President Vladimir Putin proclaimed Russian rule over four regions that make up 15% of Ukraine’s territory – the biggest annexation in Europe since World War Two. The move has been firmly rejected by Western countries and even many of Russia’s close allies.

US Ambassador to the UN Linda Thomas-Greenfield introduced the resolution that called on member states not to recognize any altered status of Ukraine and obliged Russia to withdraw its troops.

She argued in the council’s chamber that the attempted annexation of a sovereign nation’s territory went against the founding principles of the United Nations, and said Putin was celebrating “this clear violation of international law” with a concert held after he proclaimed the annexations on Friday.

“He threw a party on Red Square to pat himself on the back for these illegal referenda,” Thomas-Greenfield said.

Russian ambassador to the UN Vassily Nebenzia, who raised his hand to give the only vote against the resolution, argued that the regions, where Moscow has seized territory by force and where fighting still rages, chose to be part of Russia. Kyiv and Western leaders denounced the referendums as a sham.

“There will be no turning back as today’s draft resolution would try to impose,” Nebenzia said.

China, which has given Russia diplomatic cover since Moscow’s February invasion of Ukraine, abstained from the resolution, but raised concerns about “a prolonged and expanded crisis” in Ukraine.

China’s UN ambassador Zhang Jun argued that while “the sovereignty and territorial integrity of all countries should be safeguarded,” countries’ “legitimate security concerns” should also be taken seriously.

Secretary of State Antony Blinken said earlier on Friday that Washington would look to the UN General Assembly, the majority of which voted to condemn Russia’s Feb. 24 invasion of Ukraine, if the resolution failed.

“If Russia blocks the Security Council from carrying out its responsibilities, we’ll ask the UN General Assembly, where every country has a vote, to make clear that it’s unacceptable to redraw borders by force,” Blinken said. 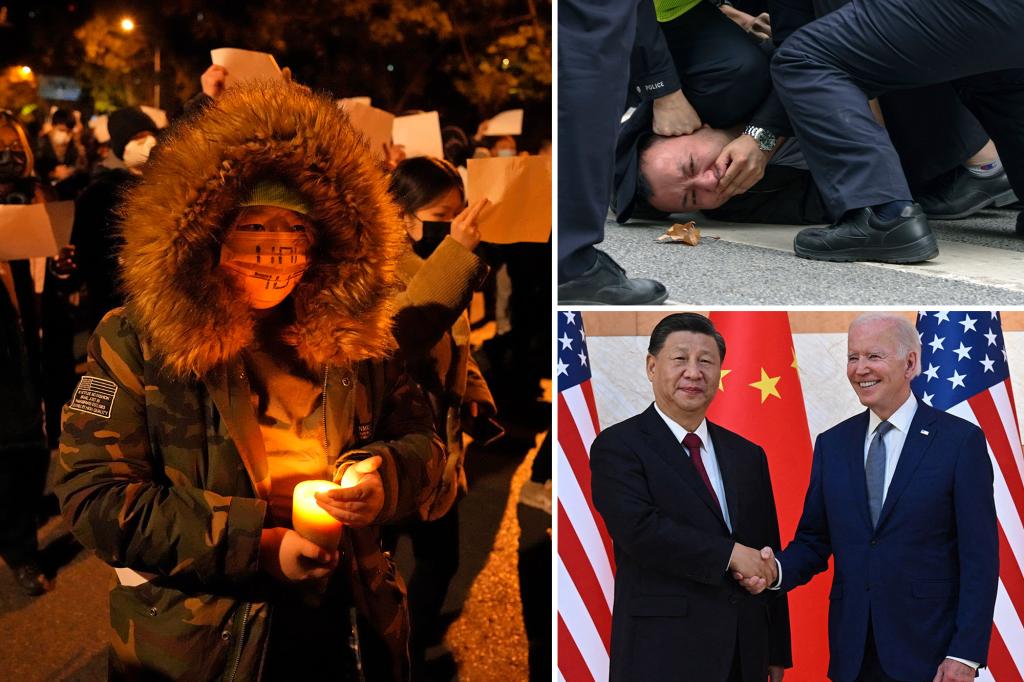 China protests: At the heart of protests against zero-Covid, young people cry for freedom