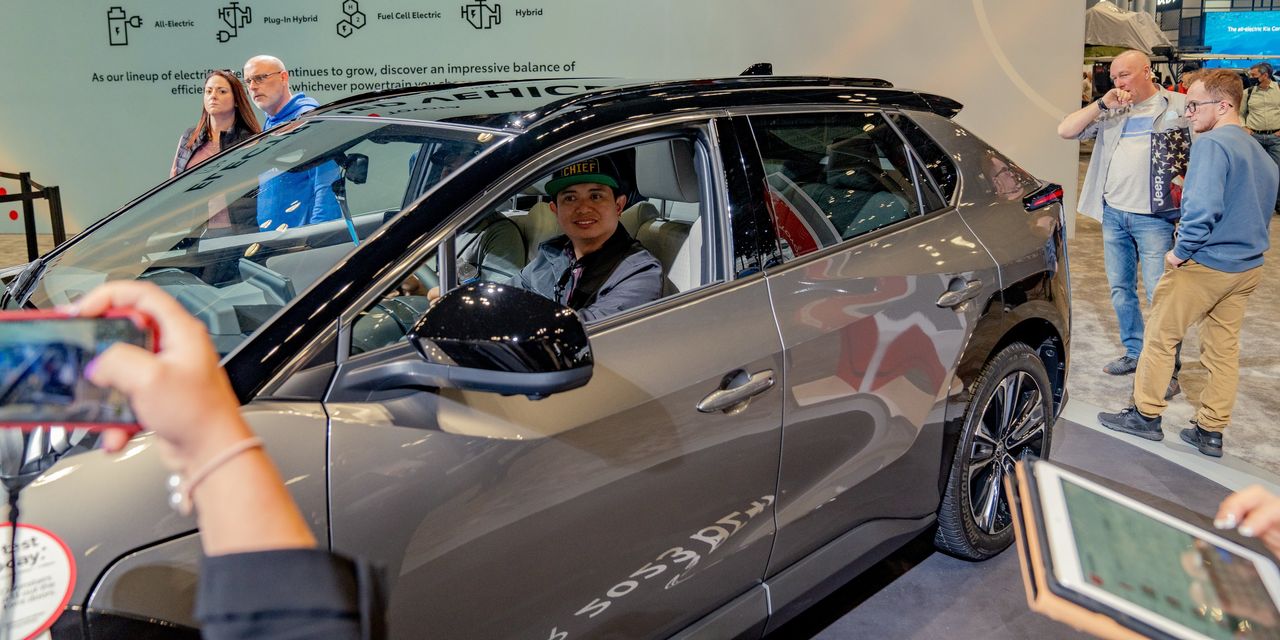 is addressing critics who say it is behind rivals in the race for greener cars, nearly a year after the auto maker pledged to spend billions of dollars expanding its electric-vehicle lineup.

Some investors and environmental groups have said Toyota isn’t committed to fully electric cars, pointing to the company’s statements of caution about EVs and its promotion of the competing gas-electric hybrid technology that it invented.

Toyota has responded by interacting more with its biggest critics and exploring ways to improve its environmental image, people at the company said. The company has said it sees hybrids—which it has sold more of than any other auto maker—as an important transition technology at a time when charging infrastructure remains inadequate in many parts of the US and the rest of the world.

Toyota’s environmental and electric-vehicle image has become a concern for top executives including President Akio Toyoda, the people said. Last year, Toyota outlined plans to spend ¥4 trillion, equivalent to $28 billion, on the technology over the next decade.

Danish fund AkademikerPension, which manages around $19 billion on behalf of academic institutions and school employees, has battled with Toyota for almost two years over what it sees as the auto maker’s opposition to measures promoting EVs.

Earlier this year, Akademiker tried to submit a resolution ahead of Toyota’s shareholder meeting proposing that the company disclose more information on its lobbying for hybrid and gasoline-powered cars. Academics said Toyota rejected the proposal on the grounds that the fund had missed the submission deadline—by one day.

“We have never experienced anything like this before,” said Anders Schelde, Akademiker’s chief investment officer. The fund responded by posting its questions online, along with a statement saying EV skepticism was “jeopardizing Toyota’s valuable brand to the detriment of shareholder interests.”

Toyota recently invited Akademiker to Japan for meetings with top company officials. Mr. Schelde said he or the fund’s CEO plans to visit Toyota within the next few months, in what would be their first face-to-face meeting.

“We are committed to open, two-way dialogue with investors and other stakeholders to ensure that their views are reflected in our management,” Toyota spokeswoman Shino Yamada said.

Toyota has also been interacting more with environmental group Greenpeace, which has for the past two years placed the Japanese company at the bottom of its auto-industry decarbonization ranking. Toyota has started saving seats for Greenpeace at EV-related company events and recently invited representatives to have an in-person meeting, according to Daniel Read, who works at the organization on energy and climate issues.

Toyota, like other traditional auto makers, is facing the challenge of reorienting its decades-old manufacturing operations to focus more on EVs. The auto maker aims to sell about 3.5 million of the vehicles a year by 2030, which would be around a third of its current annual sales.

EVs made up less than 1% of Toyota’s unit sales in the April-to-June quarter, compared with nearly 6% for the Volkswagen AG

group, the auto maker closest to Toyota in terms of scale.

Mr. Toyoda, Toyota’s chief, has been one of the industry’s most prominent voices of caution about EVs. He has questioned whether the vehicles are as environmentally friendly as advertised and expressed doubt that consumers want them.

Toyota has said it believes hybrids can reduce carbon emissions while the battery supply chains and charging networks necessary to support large fleets of EVs are built globally over the coming decades. Hybrid cars—which made up nearly 30% of Toyota and Lexus global shipments for the most recent quarter—are helping the auto maker meet tightening emissions rules in markets like Europe.

Demand for hybrids also helped Toyota reach a record operating profit of ¥3 trillion, equivalent to $21 billion, for the fiscal year ended in March. Its stock price on the Tokyo Stock Exchange has held up reasonably well, down 9% this year, while other auto makers have suffered steeper declines.

Mr. Toyoda has been trying to understand why some investors and environmental groups remain unconvinced about the company’s electrification strategy. He has assigned an adviser to ask influential people in the auto industry in the US and Europe for their views on Toyota’s EV efforts and learn why it isn’t getting the credit other auto makers have, according to people familiar with these talks. They said the feedback is reported directly back to Mr. Toyoda.

Toyota has yet to set a date when all its global vehicles will be zero emission—a sticking point for some investors.

What does Toyota need to do to catch up in the EV space? Join the conversation below.

“Dialogues have been constructive but there’s been nothing to hang your hat on in terms of them changing their behavior,” said Michael Garland, assistant comptroller for corporate governance and responsible investing at the Office of the New York City Comptroller, which oversees the city’s public pension funds. “If we’re measuring companies by their actions, we’ve gotten more of a response from GM and Ford.”

Toyota’s Ms. Yamada said the company wanted to reduce carbon dioxide emissions as quickly as possible and aimed to offer customers many types of EVs as well as cars with other powertrains.

Academic, the Danish fund, acts as a representative of a group of investors—including the Church of England Pensions Board, Swedish pension fund AP7 and Nordic asset manager Storebrand—that have said they are unhappy with Toyota’s climate-related lobbying.

As of September, Akademiker, AP7 and Storebrand held more than $250 million in Toyota shares, which is a small fraction of Toyota’s $200 billion-plus market capitalization. The Church of England Pensions Board did not disclose the size of its stake.

People at Toyota said company executives have been advised by public-relations specialists and others in the company to dial back negative comments about EVs and instead highlight their benefits as well as Toyota’s extensive investments in the technology.

Sage Advisory Services, an investment management firm in Austin, Texas, that holds Toyota bonds, said it has sensed a shift in rhetoric.

Sage Advisory had approached the car maker last year with concerns about its EV stance, to which Toyota responded with its usual arguments, including about hybrid cars, said Sage Vice President Emma Harper. She said the points made sense to her but were hard for the general public to grasp.

More recently, she said, Toyota has “flipped over and they’ve felt the change in the tide and how consumers and politicians and other stakeholders are feeling about the transition away from fossil-fuel cars.”

Write to River Davis at river.davis@wsj.com 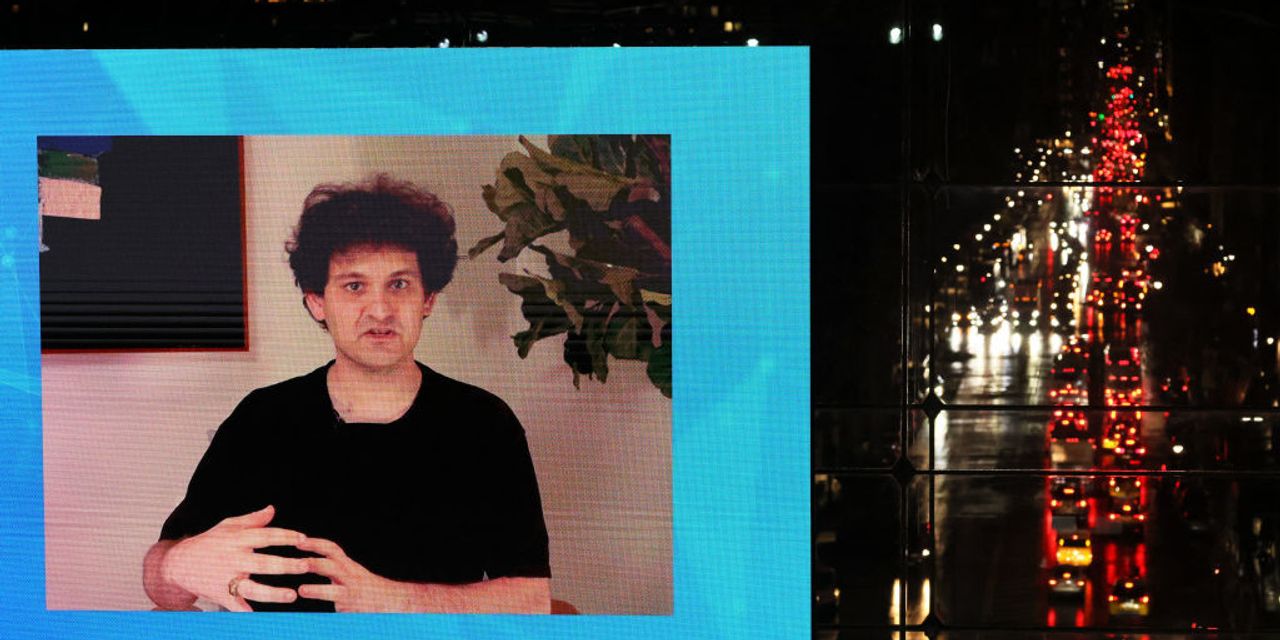 Interactive: Here are the politicians who received money from FTX’s Sam Bankman-Fried 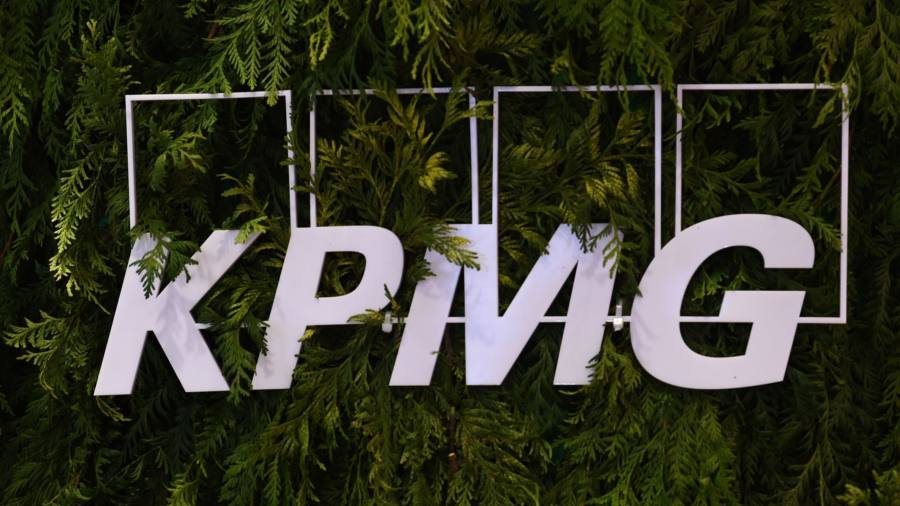