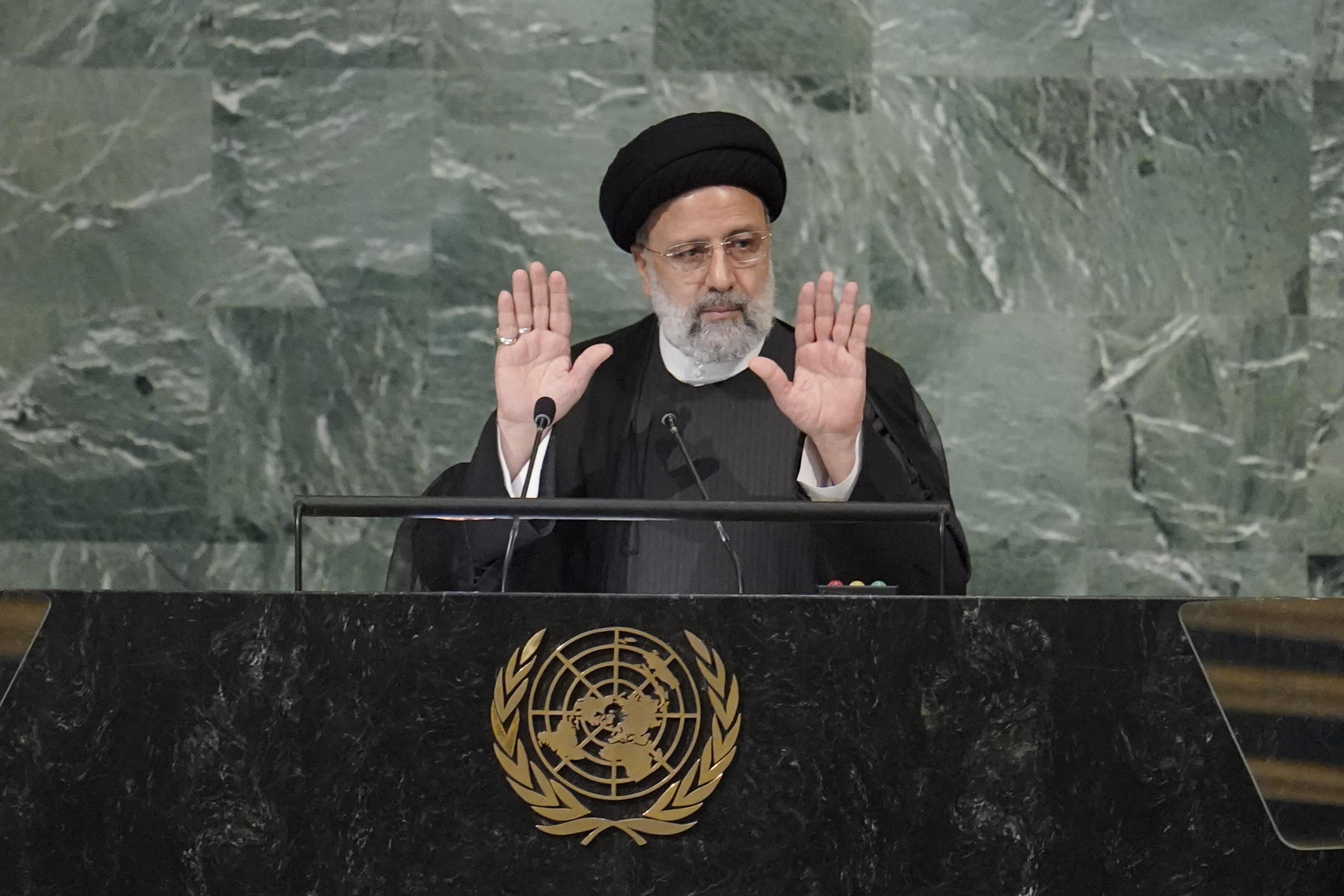 UNITED NATIONS (AP) — Iran’s president insisted Wednesday that his country is serious about reviving a deal meant to prevent it from acquiring a nuclear bomb but questioned whether Tehran could trust America’s commitment to any eventual accord.

The US had already “trampled” on a previous deal, President Ebrahim Raisi told the UN General Assembly, referring to America’s decision to pull out of the accord in 2018.

Ever since Iran’s 1979 revolution that overthrew its Western-backed shah, Tehran has been at odds with the United States and has sought to project itself as a counterweight to American power.

Tehran’s resolve to resist US pressure has seen it build close ties with countries like Russia, develop a domestic ballistic missile program and attempt to export its narrow revolutionary ideals two countries across the Mideast through Shiite militias and proxies.

Its nuclear program, which Iran insists is for peaceful energy purposes, is seen as an extension of its defiance of an American-led world order.

After former US President Donald Trump walked away from the deal brokered by the Obama administration, Tehran steadily abandoned every limitation the agreement imposed on its nuclear enrichment.

But efforts to salvage the deal are now nearing a take-it-or-leave-it inflection point. European Union officials have warned of the window for securing a nuclear deal is about to close.

In exchange for agreeing to the terms of the new nuclear deal, Iran would receive relief on economic sanctions and be given greater access to global financial markets and the flow of US dollars.

“There is a great and serious will to resolve all issues” in the nuclear talks, Raisi said, but he added: “Our wish is only one thing: observance of commitments.”

“Can we truly trust without guarantees and assurances that they will this time live up to their commitment?” he asked of the US

Swings in American foreign policy with successive administrations have concerned not only Iran, but also US allies who have questioned America’s reliability and its commitment to agreements, ranging from climate to security.

Even as he expressed a desire to reach a deal, Raisi criticized what he said was lopsided scrutiny of Iran’s nuclear activities while other nations’ atomic programs remain secret — a reference to Israel, which has never confirmed nor denied having such weapons. Israel, which is vehemently opposed to the nuclear deal, accuses Iran of concealing aspects of its nuclear program from UN inspectors.

“We will not allow Iran to acquire a nuclear weapon,” US President Joe Biden said in his own speech at the UN, but he stressed the US is ready to rejoin the accord if Iran steps up its commitments.

Raisi, who was previously chief of Iran’s judiciary, also denounced Western “double standards” on human rights. He accused Israel of creating the world’s largest prison through its blockade of the Palestinian Gaza Strip.

He also cited mass graves of Indigenous people found in Canada and the manner in which the US detains migrants and refugees on its southern border.

Wearing a traditional black turban identified with Shiite clerics, Raisi held up a photo of slain Gen. Qassem Soleimani, whom he described as a “freedom-seeking man.” The Revolutionary Guard chief who oversaw Iranian militias and proxy armed groups in Syria, Iraq, Lebanon and beyond was assassinated in a strike authorized by Trump in 2020 at the height of tensions with Iran.

Raisi, who was sworn in as president only a year ago, has been described as a protege of Iran’s Supreme Leader Ayatollah Ali Khamenei. He spoke for the first time from the podium at the UN in his role as president. Last year, he delivered remarks to the assembly virtually due to COVID-19 restrictions.

He told the gathered leaders Iran wants to have “extensive relations with all our neighbors” — an apparent reference to foe Saudi Arabia and other Arab countries in the region.

Saudi Arabia and Iran have held a number of direct talks over the past year, although tensions remain high between the two. Meanwhile, the United Arab Emirates recently reopened its embassy in Tehran and sent an ambassador there.

Raisi’s speech comes at a sensitive time in Iran.

Israel’s shadow war against Iran continues. It is widely believed to have been behind the killing of Iranian nuclear scientists and sabotage attacks on Iran’s nuclear program.

Meanwhile, Western sanctions, which Raisi described as a “punishment on the people of Iran,” have eaten away at Iran’s reserves, exacerbated inflation, and devalued Iran’s currency against the US dollar.

Economic protests have flared — and frequently are met with lethal force.

In recent days, protesters have clashed with the police in cities across the country, including the capital, over the death of a 22-year-old woman who was held by the morality police for allegedly violating the Islamic Republic’s strictly-enforced dress code.

Raisi has offered condolences to the woman’s family and promised an investigation, while other Iranian officials have accused unnamed foreign countries of seizing on the incident to foment unrest. Her death has ignited long-simmering anger among many Iranians, particularly young people, at the country’s ruling clerics.

Aya Batrawy, a Dubai-based correspondent for The Associated Press, is on assignment at the UN General Assembly. Follow her on Twitter at http://twitter.com/ayaelb Musk torpedoes Axios report on ‘lives at risk’ over reinstating Twitter accounts: ‘Much ado about nothing’ 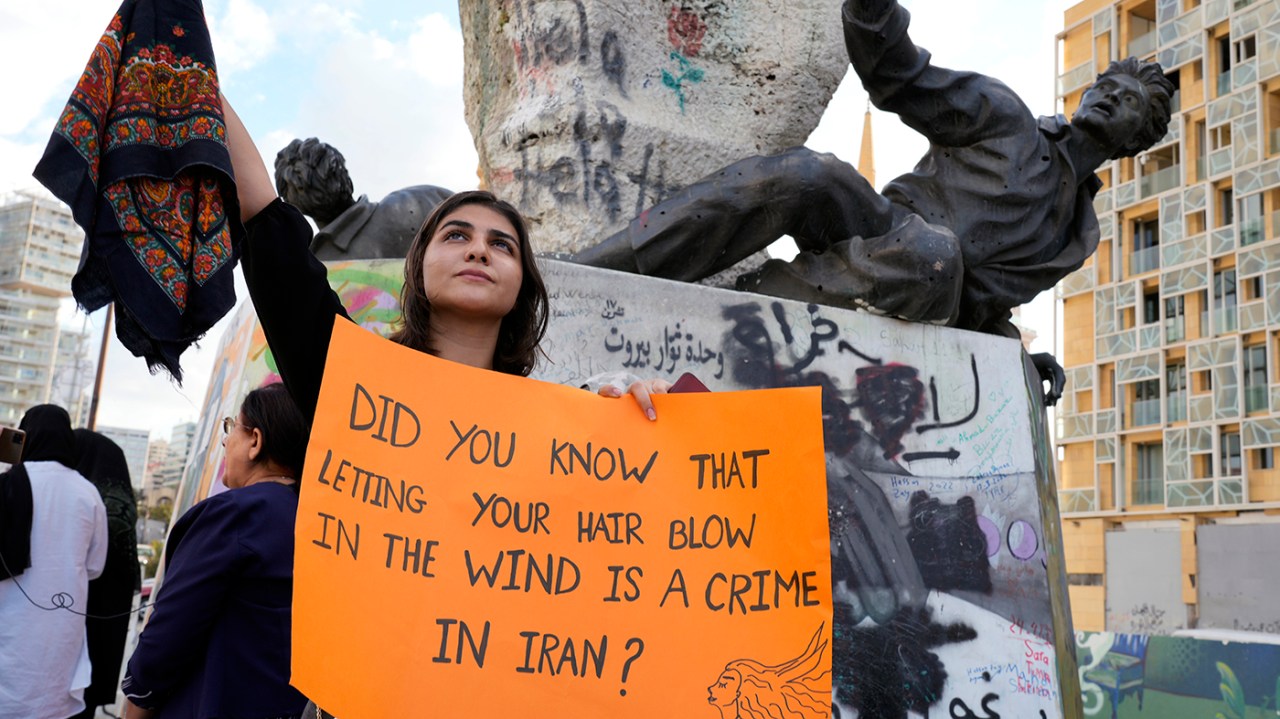 US, allies struggle to support protesters in make-or-break moment for Iran