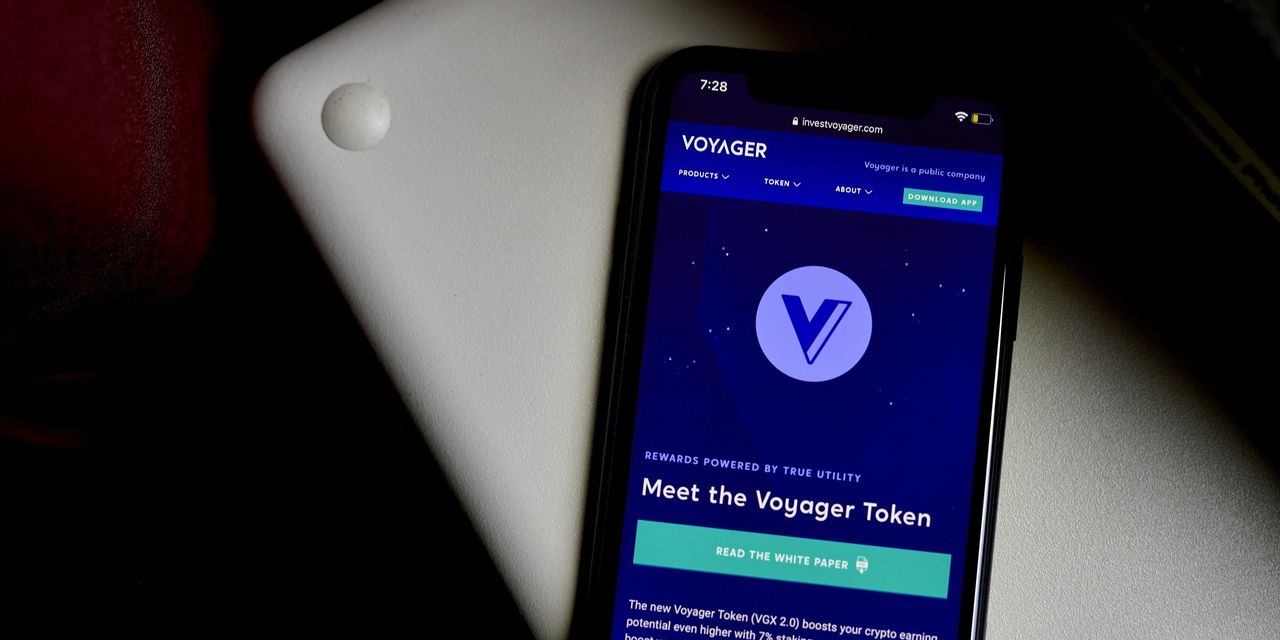 Crypto exchanges FTX and Binance have made the leading bids for the assets of bankrupt crypto-lender Voyager Digital Ltd.

according to people familiar with the matter, but neither bid has been accepted yet.

The current bid from Binance is about $50 million, slightly higher than the competing bid from FTX, according to the people.

Voyager, founded in 2019, operated a crypto lending platform that took in customer deposits, paid them interest and lent out the assets to other parties. It went public via a reverse merger in 2019. At the stock’s peak in 2021, the company’s market capitalization was $3.9 billion.

At the time of its bankruptcy filing in July 2022, Voyager said it had total assets of $5 billion and total liabilities of $4.9 billion.

FTX and Binance have emerged among the few winners in the crypto meltdown. Both have managed to increase their share of the trading market. FTX, owned by Sam Bankman-Fried, has been aggressively acquiring distressed assets during the downturn.

The auction for Voyager’s assets began on Sept. 13. Other bidders involved include crypto investment manager Wave Financial and trading platform CrossTower. It is possible as well that a separate bid could come in with a new competing bid.

A hearing is scheduled in New York for Sept. 29 to announce the winning bid, but an announcement could come sooner.

Voyager, which trades in Toronto and operates out of New York, declared bankruptcy in July after the selloff in cryptocurrencies sparked a wave of withdrawal requests that drained the company’s reserves. Its stock price in 2022 had fallen more than 95% at the time of the filing.

It limited and then halted withdrawal requests, unable to fill them because it had lent out $1.1 billion. More than half went to the hedge fund Three Arrows Capital Ltd., to which Voyager lent more than $650 million. A British Virgin Islands court ordered Three Arrows to liquidate in June after creditors sued the company in the wake of the collapse of the stablecoin TerraUSD.

Another borrower was trading firm Alameda Research, which like FTX is owned by Mr. Bankman Fried. Alameda had borrowed cryptocurrencies from Voyager worth about $377 million at the time of the bankruptcy filing.

Voyager also had sold a piece of itself to Alameda; in its July bankruptcy filing, Voyager said Alameda had a 9.5% equity stake. In June, Alameda extended two credit lines to Voyager, one for $200 million in cash and a second for 15,000 bitcoins. When Voyager filed for bankruptcy, Alameda was its largest creditor, with an unsecured $75 million loan.

In a court filing on Monday, Alameda agreed to repay about $200 million worth of the crypto it had borrowed in exchange for $160 million in collateral Voyager had been holding.

—Soma Biswas contributed to this article.

Write to Paul Vigna at Paul.Vigna@wsj.com

Appeared in the September 21, 2022, print edition as ‘Binance, FTX Top Bidders for Voyager.’

Are salads healthy? Here’s what you should add and avoid.

Another OPEC? Indonesia wants to create a cartel for battery metals