In the battle for the West Terrace tunnel at the Capitol on Jan. 6, 2021, as a thundering mob tried to force its way through one small opening, three police officers testified in federal court this week that Kyle Fitzsimons pushed his way to the front line and assaulted them. All three also said they feared they were about to die during the hours-long attack.

Sgt. Phuson Nguyen, a 19-year veteran of the DC police, said he had already been hit once with some sort of chemical spray; he moved to the back of the tunnel and cleared his eyes, then returned to the front line with a gas mask on. Surveillance and police body-cam video played in court showed Fitzsimons reaching to pull Nguyen’s mask off while another man sprayed what Nguyen thought was bear spray directly into his face. Then Fitzsimons released the mask back onto Nguyen’s face, trapping the chemical irritant inside, the officer said.

“At that point I was choking under the mask,” Nguyen testified. “I also got knocked down at the same time. … In my head, I thought that was it for me. I thought that’s where I’m going to die. … In my head, I told myself, ‘If you want to see your family again, you need to gather yourself.’” He said he broke the seal on his mask and a colleague dragged him to safety.

After three days of testimony, and dozens of videos and photographs capturing Fitzsimons throughout the Capitol grounds on Jan. 6, the judge hearing the case decided Friday not to issue a verdict on six felony counts, including assaulting police officers and obstructing an official proceeding, and five misdemeanors. Instead, US District Judge Rudolph Contreras said he would first consider a defense motion to dismiss some charges, and issue a ruling after Labor Day.

Fitzsimons, 38, from Lebanon, Maine, has been held in jail since February and is currently in the DC jail. He chose a bench trial rather than a jury trial, and Thursday he elected not to testify in the case.

Capitol Police Sgt. Aquilino Gonell, who has testified before Congress about his ordeal, said Fitzsimons grabbed his left arm and tried to yank him out of the tunnel while he was leaning in the opposite direction, and video showed the two men struggling. Pain shot through his left shoulder, “one of the worst pains I felt in my life,” Gonell said. He said he suffered a partially torn rotator cuff and labrum, underwent surgery, and now faces a forced medical retirement from the Capitol Police.

DC Officer Sarah Beaver was also in the tunnel, after retreating from an earlier lost skirmish on the Capitol’s perimeter. Video showed Fitzsimons hurling an unstrung archery bow, which he told a reporter he brought to the District as a sign of peace, into the tunnel and hitting Beaver in the head. She was wearing a helmet and was unhurt, though briefly staggered. But spending hours in the small tunnel, Beaver said, “I couldn’t breathe and I was afraid if I passed out, I was going to die.”

Fitzsimons’s attorney, Natasha Taylor-Smith, a federal public defender from Philadelphia, said video evidence did not clearly show Fitzsimons grabbing Nguyen’s gas mask or Gonell’s shield. She said that Nguyen was “simply mistaken” about which rioter grabbed the mask, and that Fitzsimons was severely stunned by chemical spray coming from both sides when he allegedly snagged Gonell’s arm or shield.

Because the photo of a bloodied Fitzsimons was widely published, Taylor-Smith said, he “has become the poster child for January 6.” She said he did not bring any weapons to the Capitol, although prosecutors counted his bow as a weapon, and she criticized Gonell, saying he wrote a book, conducted multiple interviews and tried to profit from his experience. Gonell denied that.

Although the assault and obstruction charges carry maximum sentences of 20 years, federal sentencing guidelines suggest a possible range of 63 to 78 months in prison for Fitzsimons if he is convicted. The range could rise to 87 to 108 months if Gonell’s shoulder injury is classified as “permanent.”

Fitzsimons did not attempt to conceal his distrust of the results of the 2020 election or his desire to be heard in Washington. In December 2020, he posted a request on the “Lebanon Maine Truth Seekers” Facebook page trying to organize a caravan to DC on Jan. 6, the page’s administrator said. He got no takers.

Fitzsimons also left three voice-mail messages for Rep. Jared Golden (D-Maine) that month, Golden’s chief of staff testified, one of which started, “So what’s going on with the election fraud?” Fitzsimons continued, according to the voice mail played in court: “I will be down in DC on the 6th. I don’t think I’ll see you there. Maybe I will. Maybe I will.”

When Fitzsimons returned to Maine after Jan. 6, he called into the Lebanon Select Board meeting and regaled the board with his experience. “I couldn’t imagine a more peaceful revolution,” Fitzsimons said. He also gave an interview to the Rochester Voice, based in New Hampshire, and provided pictures of himself at the Capitol but neglected to mention his hand-to-hand combat with police, according to two prosecutors.

Fitzsimons, a butcher by trade, told the Voice’s Harrison Thorp that after he attended President Donald Trump’s “Stop the Steal” rally on Jan. 6, he went to his car and put on his white butcher’s coat, with his name embroidered on the chest, along with his rubber apron and a fur pelt. He also said he carried an unstrung archery bow “to signify his peaceful intent.”

He was soon captured on video climbing the stage set up for the pending inauguration of Joe Biden and holding the bow. Fitzsimons was seen on video shouting “Freedom” before winding up at the West Terrace tunnel. During his confrontation with Nguyen, the video shows an unidentified man reaching over Fitzsimons’s shoulder with a powerful spray and unleashing it near Fitzsimons’s face. At the same time, a police officer was also aiming spray at Fitzsimons, the officer’s body-cam video showed.

The encounter with Gonell occurred as he was holding his circular shield with his left arm and leaning down to help someone else who had fallen. Gonell said he had never been involved in an altercation with a protester, through hundreds of demonstrations, in his 16 years on the Capitol Police force.

Another protester who attacked Gonell, Mark Ponder, smashed a pole into the officer’s shield, shattering the pole and the shield. Gonell spoke at Ponder’s sentencing in July, when Ponder received a 63-month prison term.

Beaver said that all manner of police equipment had been ripped off officers and then hurled back into the tunnel at the police. “I was hit with police batons,” she said. “I saw a gun flying into the tunnel. Four extinguishers. I got a whole can of bear spray.”

After Fitzsimons struggled with both Nguyen and Gonell, a surveillance video showed, he stood up, then ran headfirst into the line of officers with his fists flailing. He was quickly repulsed. During that foray, prosecutors said, another rioter swinging a metal crutch struck Fitzsimons in the top of the head, opening the bloody wound, which required six staples to close.

Beaver and Gonell both said they thought their hours-long stand inside the tunnel was blocking the only way rioters could enter the Capitol, and only later did they learn that rioters had forced entry elsewhere.

“No one ever got through the West Terrace tunnel that day,” Beaver said. “We made sure that didn’t happen.” 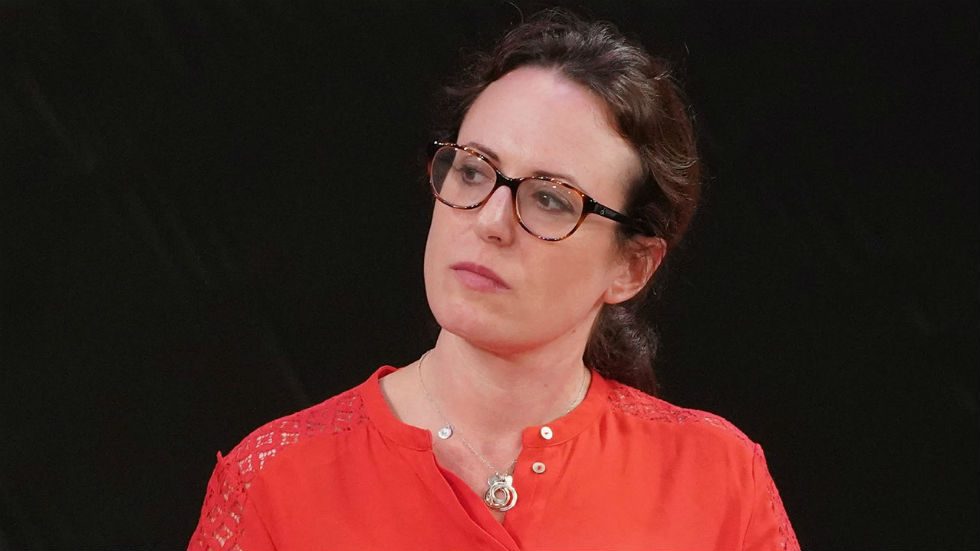