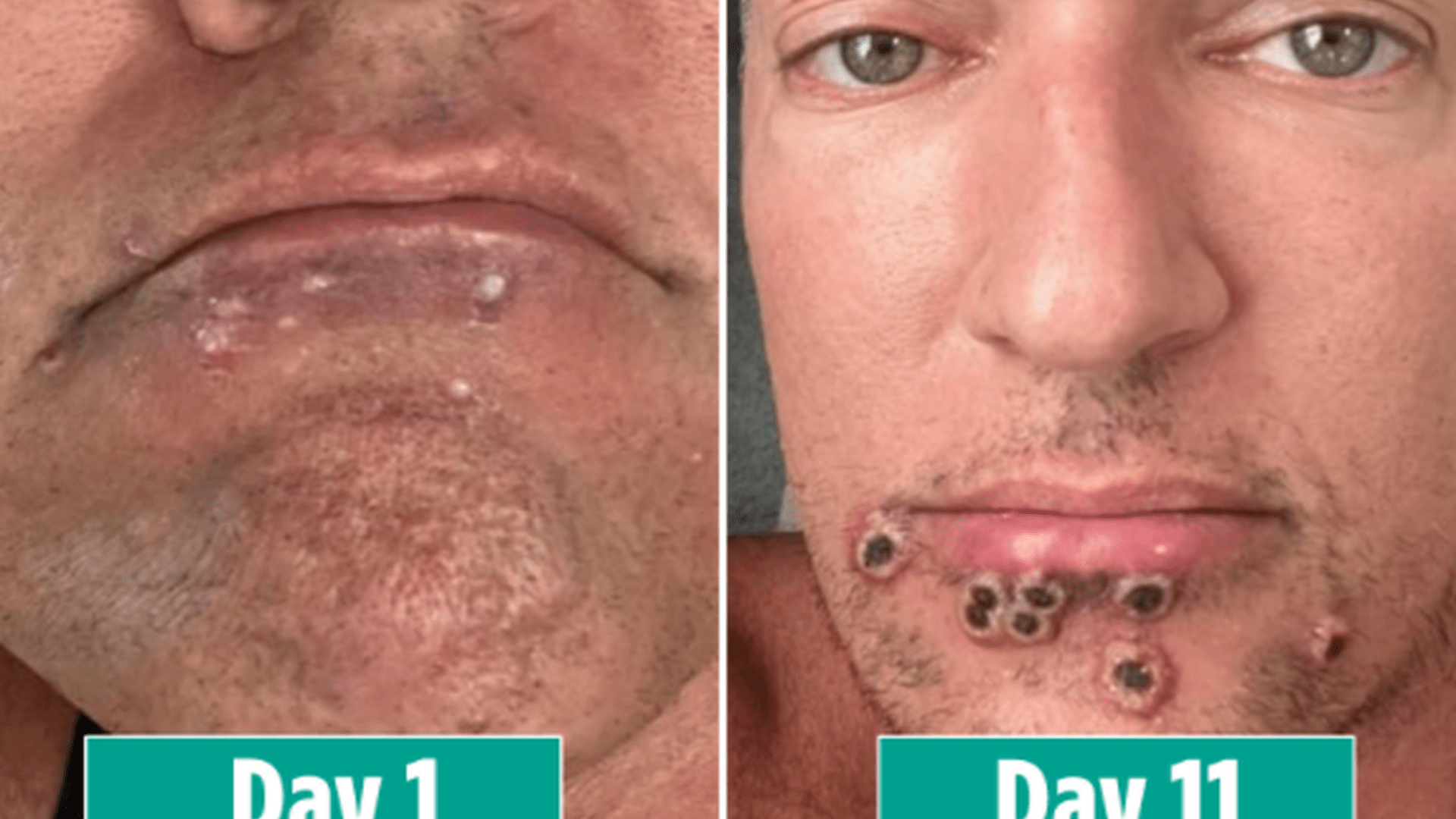 PHOTOS from a man who had an agonizing monkeypox rash show how the symptoms change day-by-day.

Silver Steele was covered in agonizing blisters around his mouth that took around 20 days to worsen before getting better.

He still fears that what he initially thought was “razor burn” will now scar his skin for life.

Although monkeypox can infect anyone, it has almost exclusively been spreading in men who have sex with men since outbreaks started globally in the spring.

It is spreading via sexual activity, from close skin-to-skin contact and potentially via semen, but is not considered an STI. 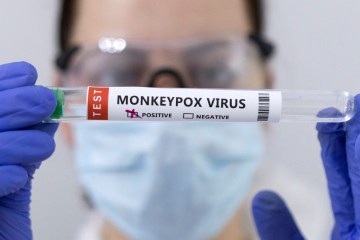 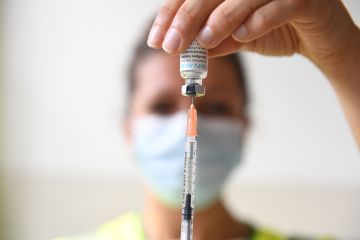 Silver, from Houston, Texas, wrote on his Instagram: “These lesions can be very painful, others have them on their genitals, or anorectal area, making going to the bathroom excruciating.

“If you know someone suffering from this, reach out and check on them because they may be feeling really alone. A kind word goes a long way.

“Regarding prevention so you don’t end up like me: try to get vaccinated!! Also this is a droplet virus so it spreads by kissing, sharing drinks, or even touching someone who has lesions/blisters on their skin!

“Use lots of hand sanitizer, wave hello instead of hugs and kisses, and be cautious at crowded events, especially ones where people are sweating!”

Silver previously told Insider that the lesions around his mouth were so painful, like “stabbing knives”, that he almost passed out.

He first noticed pimple-like bumps around his mouth about a week after attending Fourth of July celebration parties.

At first, he thought it might be razor burn but monkeypox did cross his mind.

Four days later he woke up feeling unwell with swollen lymph nodes, difficulty swallowing and getting moving. He had a fever, chills and sweats that night.

Typically the flu-like symptoms of monkeypox come a few days before a visible rash. But some people have reported the illness working the other way around.

A doctor confirmed that Silver had monkeypox, with the rash now inside his throat and on his gums.

Describing the doctor examining him, Silver said: “He took the tongue depressor away and all of a sudden it was like: oh my gosh! And everything started to go black [from the pain].”

Silver got a few more lesions on his hands and legs, but said these were less painful than the others.

He said he was grateful he didn’t suffer genital lesions, which have become a feature more common in this monkeypox outbreak.

“My heart goes out to those people,” he said. “When they go to the bathroom, they say it feels like they’re passing hot needles.”

A rash usually appears one to five days after the first symptoms.

Typically with monkeypox, the rash often begins on the face, then spreads to other parts of the body. This can include the mouth, genitals and anus.

Experts have said that in this outbreak, genital lesions are more common than they usually are.

And lesions tend to be grouped in one area, for example the anus.

The concern is that these symptoms are being confused for other STIs, such as genital warts or syphilis, or even cold sores.

The rash can initially look like pimples or blisters and may be painful or itchy.

It will go through several stages whereby the blisters become ulcers before scabbing over.

The first stage of the rash is the macular stage, causing reddened or discolored pimple-like spots, which at first are flat but become raised (papular).

When the bumps fill with clear fluid, this is known as the vesicular stage. The bumps are firm and do not break easily.

During the pustule stage, the clear liquid inside the blisters becomes yellowish and then an indent will form in the center (umbilicated).

This stage can last for five to seven days before the lesions begin to crust over.

The pustules start to turn into scabs over the next couple of weeks and healthy skin will grow on top.

When the rash is scabbing over it should be less painful than the early stages.

New COVID-19 symptom you need to look out for