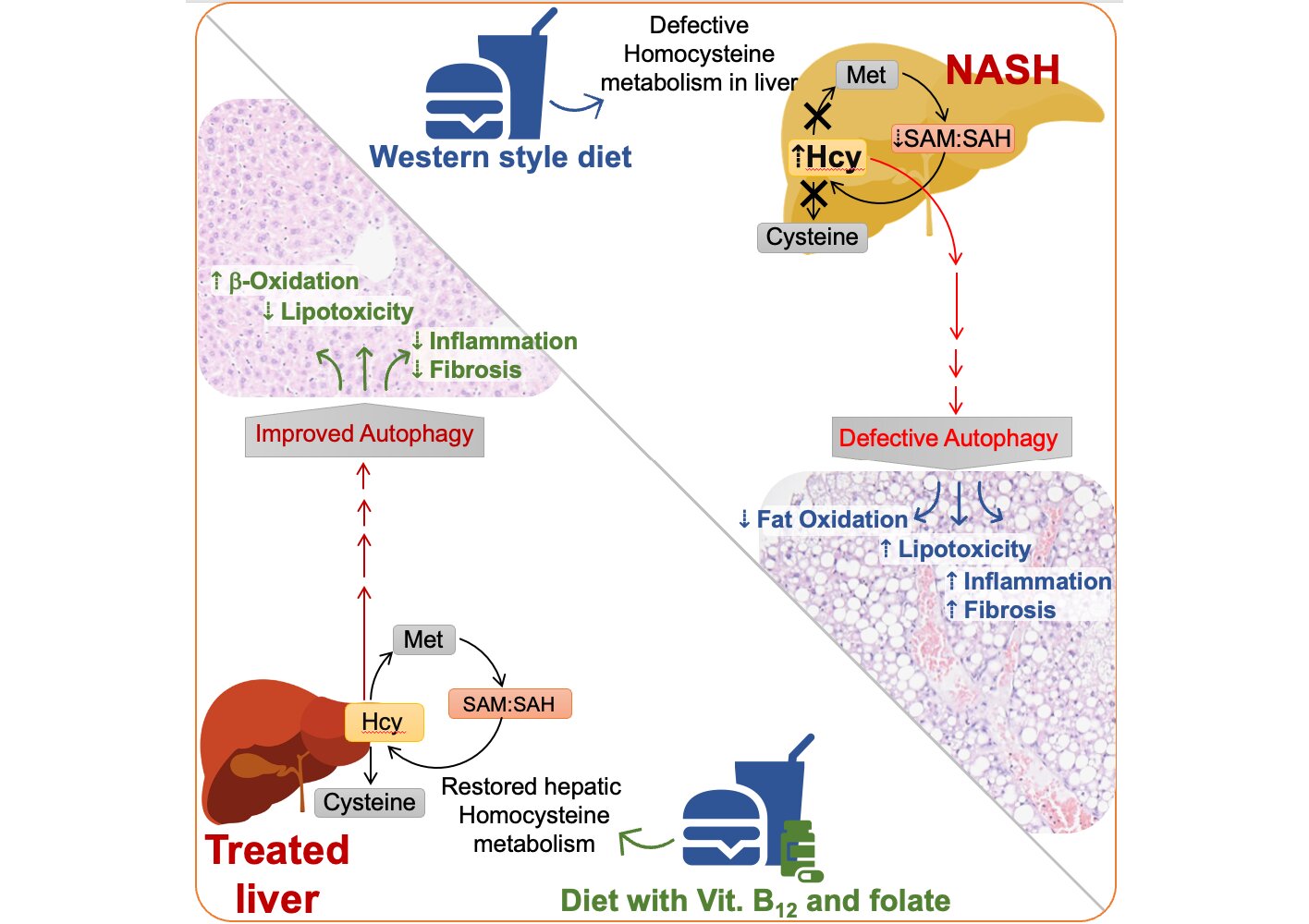 Scientists at Duke-NUS Medical School in Singapore have uncovered a mechanism that leads to an advanced form of fatty liver disease—and it turns out that vitamin B12 and folic acid supplements could reverse this process.

These findings could help people with non-alcoholic fatty liver disease, an umbrella term for a range of liver conditions affecting people who drink little to no alcohol, which affects 25% of all adults globally, and four in 10 adults in Singapore.

Non-alcoholic fatty liver disease involves fat build-up in the liver and is a leading cause of liver transplants worldwide. Its high prevalence is due to its association with diabetes and obesity—two major public health problems in Singapore and other industrialized countries. When the condition progresses to inflammation and scar tissue formation, it is known as non-alcoholic steatohepatitis (NASH).

“While fat deposition in the liver is reversible in its early stages, its progression to NASH causes liver dysfunction, cirrhosis and increases the risk for liver cancer,” said Dr. Madhulika Tripathi, first author of the study, who is a senior research fellow with the Laboratory of Hormonal Regulation at Duke-NUS’ Cardiovascular & Metabolic Program.

Currently, there are no pharmacological treatments for NASH because scientists do not understand the mechanics of the disease. Although scientists know that NASH is associated with elevated blood levels of an amino acid called homocysteine, they did not know what role, if any, it plays in the development of the disorder.

Dr. Tripathi, study co-author Dr. Brijesh Singh and their colleagues in Singapore, India, China and the US confirmed the association of homocysteine ​​with NASH progression in preclinical models and humans. They also found that, as homocysteine ​​levels increased in the liver, the amino acid attached to various liver proteins, changing their structure and impeding their functioning. In particular, when homocysteine ​​attached to a protein called syntaxin 17, it blocked the protein from performing its role of transporting and digesting fat (known as autophagy, an essential cellular process by which cells remove malformed proteins or damaged organelles) in fatty acid metabolism, mitochondrial turnover, and inflammation prevention. This induced the development and progression of fatty liver disease to NASH.

Importantly, the researchers found that supplementing the diet in the preclinical models with vitamin B12 and folic acid increased the levels of syntaxin 17 in the liver and restored its role in autophagy. It also slowed NASH progression and reversed liver inflammation and fibrosis.

“Our findings are both exciting and important because they suggest that a relatively inexpensive therapy, vitamin B12 and folic acid, could be used to prevent and/or delay the progression of NASH,” said Dr. Singh. “Additionally, serum and hepatic homocysteine ​​levels could serve as a biomarker for NASH severity.”

Homocysteine ​​may similarly affect other liver proteins, and finding out what they are is a future research direction for the team. They hope that further research will lead to the development of anti-NASH therapies.

Professor Paul M. Yen, Head of the Laboratory of Hormonal Regulation at Duke-NUS’ Cardiovascular & Metabolic Disorders Program, and senior author of the study, said, “The potential for using vitamin B12 and folate, which have high safety profiles and are designated as dietary supplements by the US Food and Drug Administration, as first-line therapies for the prevention and treatment of NASH could result in tremendous cost savings and reduce the health burden from NASH in both developed and developing countries.”

Professor Patrick Casey, Senior Vice-Dean for Research at Duke-NUS, said, “Currently, the only treatment for patients with end-stage liver disease is to receive a transplant. The findings by Dr. Tripathi and her colleagues demonstrate that a simple , affordable and accessible intervention could potentially halt or reverse the damage to the liver, bringing new hope to those suffering from fatty liver diseases. The team’s findings underscore the value of basic scientific research, through which the scientific community continues to have a major positive impact on the lives of patients.”

The research was published in the Journal of Hepatology. 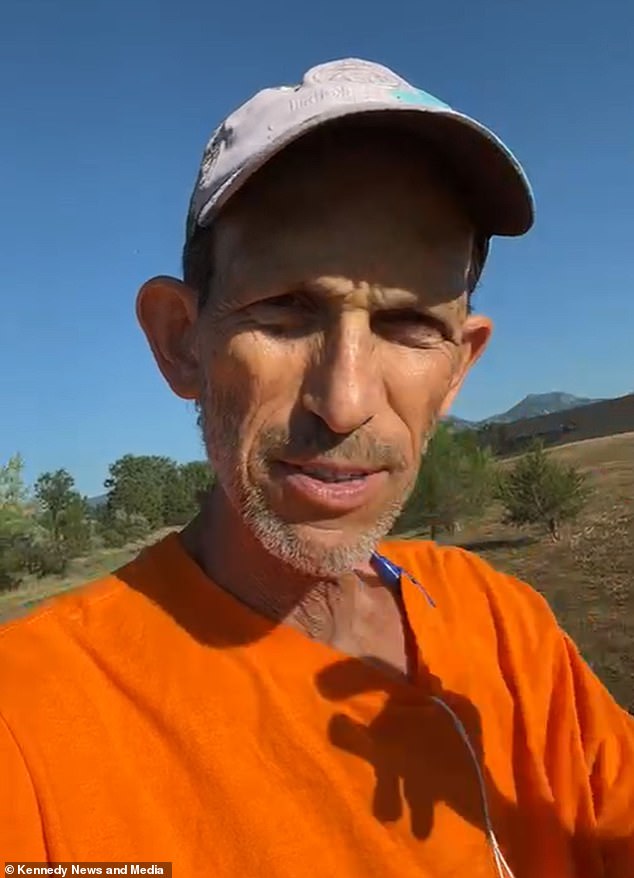