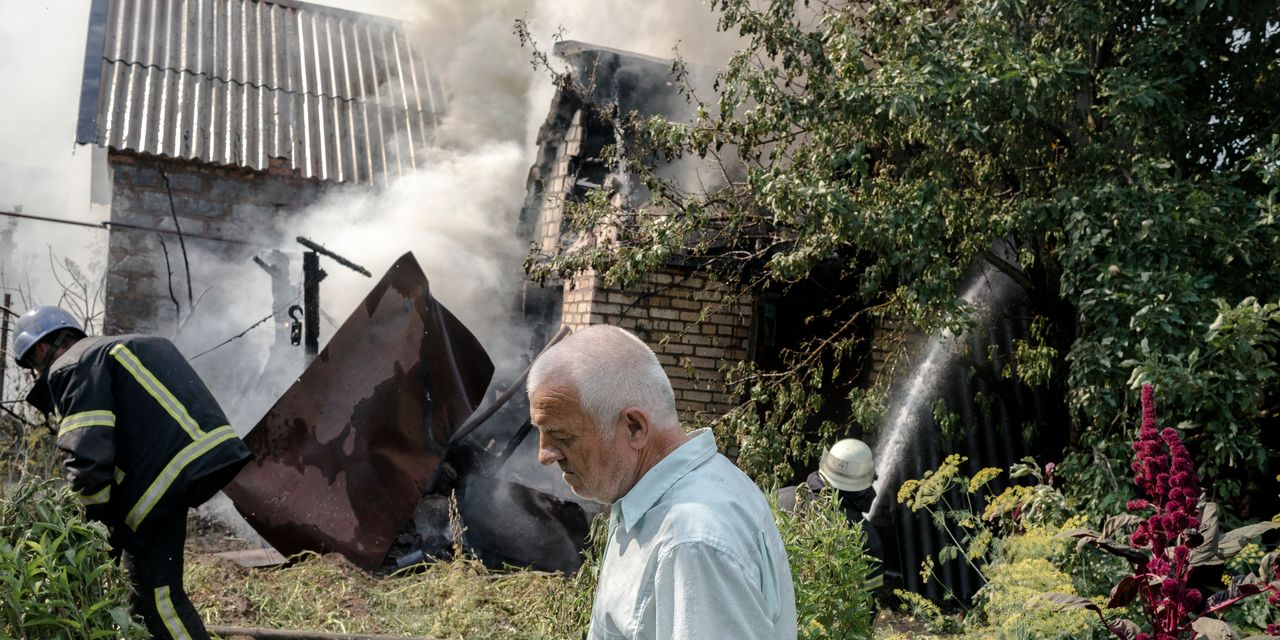 KYIV, Ukraine — Ukraine’s defense minister said his country has “passed the test” with its successful use of recently delivered American long-range artillery systems, but stressed the high attrition rate along its extensive front line has made the demand for additional supplies, such as armored vehicles and drones, more urgent.

Oleksii Reznikov said the need for longer-range weapons continues to outpace the Ukrainians’ demand for shorter-range systems as the war shifts primarily to an artillery battle, and more will be needed if they are to recapture territory lost since Russia invaded on Feb. 24.

“We need to refresh our platoons and change them and make replacements also because we also have a lot of losses,” he said in an interview with The Wall Street Journal. “We are waiting for more armor, more weaponry from our partners. We need to rebuild some directions and to refresh our fortifications and plan a new operational strategy. ”

He said the M142 High Mobility Artillery Rocket Systems, the long-range launchers known as Himars, have been a “game-changer,” enabling Ukraine to target Russian forces in the northeastern town of Izyum, but added: “The war is grim. .. We need more. We need it quickly. ”

After some early hesitation over concerns the systems could be used by Ukrainian forces against Russian territory, reluctantly drawing the US into the fight, Washington said it would initially send four Himars to Ukraine, and train Ukrainian forces to use them. These advanced systems are mobile launchers capable of striking targets from a maximum distance ranging from about 60 kilometers to nearly 500 kilometers depending on the type of ammunition used.

Russian officials have sharply criticized the US decision to supply Himars, saying Washington is pouring fuel on the fire and threatening to respond if the systems are used to target Russian territory.

Ukrainian and US officials said Ukraine had also used US-supplied Harpoon missiles to take out a Russian supply ship on the Black Sea — key to their ability to recapture the strategic Snake Island.

“We needed to persuade them, to show them proof,” said Mr. Reznikov. “In the Izyum case, we were precise [in targeting] a Russian command center for aerial operations. It was really precise. Our partners saw it and said, ‘You passed the test.’ ”

Ukrainian forces in the eastern Donbas region have been outgunned and outmanned by Russian forces, which have made incremental progress capturing territory in recent weeks. Ukraine has been pressing its allies to provide even longer-range missiles that can be used with Himars, known as the Army Tactical Missile System, or ATACMS, which have a range of up to 300 kilometers. Washington so far has not agreed.

“The Russians are using their MLRS’s, which can go 120 kilometers,” said Mr. Reznikov, referring to Russian-made multiple-launch rocket systems. “So we need to have something a little bit longer: 150 [kilometers]. We’ll get there. ”

Besides long-range weapons, topping Mr. Reznikov’s wishlist are more armed vehicles, including tanks, as well as more unmanned aerial vehicles, or drones, particularly as Ukraine ramps up naval operations to fight Russian ships positioned in the Black Sea, which are currently responsible for a blockade preventing Ukraine’s crucial grain supplies from reaching the global market.

He said drones, including those sent by the US and other partners, are consistently being jammed by Russia and do not have the counter-jamming software needed to gain the upper hand.

This month, the Pentagon announced $ 820 million in new Ukraine military aid that includes advanced mid- to long-range air-defense systems and counter-artillery radars to respond to Russia’s heavy use of long-range strikes in the war. Mr. Reznikov described the National Advanced Surface-to-Air Missile Systems the US is sending, which can hit targets at a distance of 160 kilometers, as Ukraine’s “next Easter cake.”

However, since Nasams batteries can only cover one city or an object, Mr. Renizkov said it would be important to combine them with alternative modern air-defense systems pledged by other Western partners.

He said shorter-range missiles that at one time had been crucial to the fight — such as the US-made FGM-148 Javelin missile system, British-made NLAW or the MILAN-2 antitank systems from France and Italy — are still needed, but “not the priority anymore” given the changing nature of the conflict to long-distance artillery warfare.

Mr. Reznikov said that Russia appears to be taking an “operational break” in its offensive in Donbas, which is made up of the eastern Donetsk and Luhansk regions, to regroup and resupply. He said that this does not necessarily present an opportunity for Ukrainian forces, which need rest and need to swap out fighting units and resupply.

On Saturday night, Russian forces destroyed an apartment building in Chasiv Yar in the Donetsk region, a strike that left 15 dead and five wounded, according to Ukraine’s emergency service. The Russian Ministry of Defense said in its evening update on Saturday that its forces hit a weapons depot in the town.

Elsewhere, Russian missiles hit temporary housing used by the Ukrainian military near the village of Konstantinovka, collapsing part of one five-story brick building where rescuers spent the day digging for survivors. Local officials said at least 15 people were confirmed dead and another 24 were yet to be reached under the rubble.

Luhansk regional governor Serhiy Haidai said this week that the recently captured cities of Severodonetsk and Lysychansk are still reeling, with thousands of civilians now living under Russian occupation. He said more than 300,000 people have left the Luhansk region alone.

In the northeastern Kharkiv region on Sunday, Russian forces fired rockets on the districts of Osnovyansk and Slobodsky, destroying a school and hitting several residential buildings. Shelling also continued in Izyum, Bogodukhov, Chuguev and the city of Kharkiv, the region’s governor, Oleh Synyehubov, said on his official Telegram channel.

Mr. Synyehubov appealed to residents to be vigilant, noting that Kharkiv’s “neighbor,” Russia, fires on the region indiscriminately.

Mr. Reznikov described the battle in Kharkiv as a problem for Ukraine, saying its location along the border has enabled Russian forces to fire long-range systems on the region from Russian soil, often at the expense of civilian and residential areas.

“It’s a problem,” he said. “Our antimissile systems can fight with their ballistic and cruise missiles — it’s not 100% but we can get them. But we cannot close the sky against their MLRS’s. ”

—Yuliya Chernova and Alan Cullison contributed to this article.

Write to Vivian Salama at vivian.salama@wsj.com