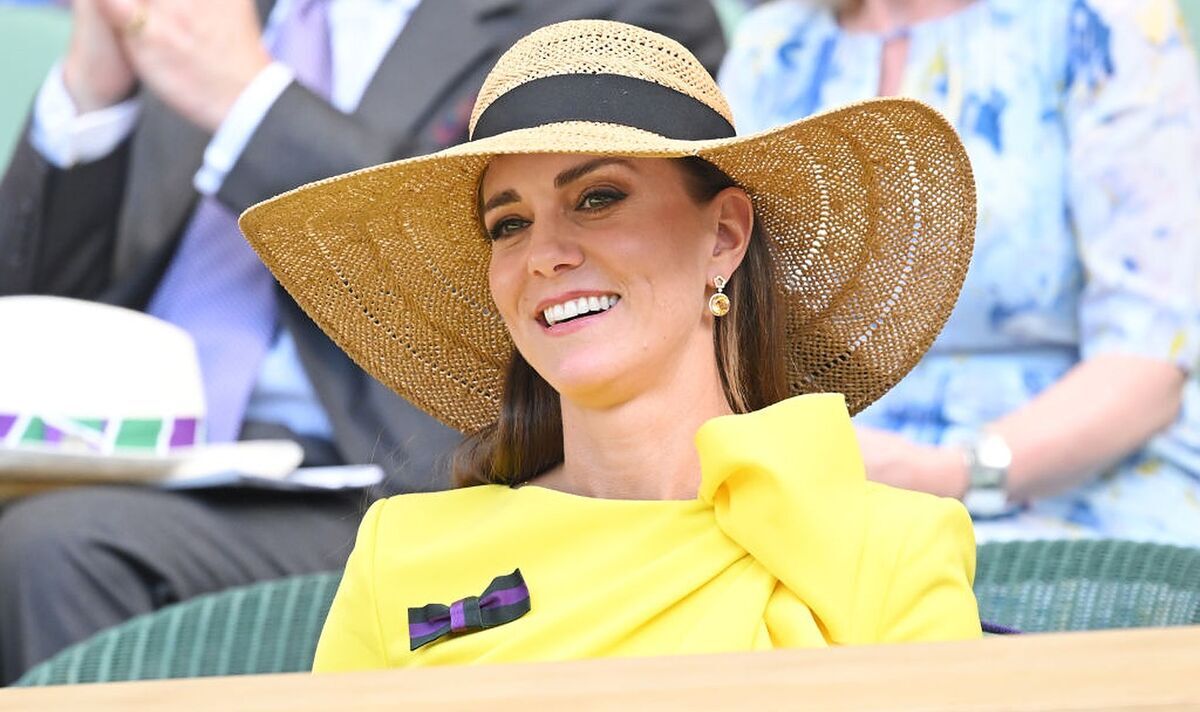 The Duchess of Cambridge greeted junior players and staff as she arrived at Wimbledon to watch the women’s singles final on Saturday afternoon. The Duchess, who is patron of the All England Lawn Tennis Club (AELTC), wore a bright yellow Roksanda dress to this year’s penultimate day of The Championships.

As patron, the Duchess presented the trophies to both the winner and runner-up in a ceremony on Center Court that took place after the match.

Royal fans showered Kate with love as they praised her glowing yellow dress.

A Twitter user Robihoodparty said: “You look great Kate, all in Yellow you beautiful petal.”

Another Twitter user Sarahpotts said: “Kate you looked stunning and your warm, friendly personality shines through – we are so lucky to have you”

A third Twitter user Ashleycoats said: “Kate !!! She is Pheonominal …. ”

A fourth Twitter user OliverRafferty said: “A beautiful dress on a beautiful day for a brilliant match. Such a gorgeous dress. ”

Before taking her seat, Kate spoke with two semi-finalists in the inaugural 14 and under junior championships – Great Britain’s Isabelle Britton, 14, and the USA’s Carel Ngounoue, 13.

This has sparked some controversy as a member of the British Royal Family ended up “congratulating someone from Russia” in a year in which Russian and Belarusian players were banned from Wimbledon due to Vladimir Putin’s invasion of Ukraine.