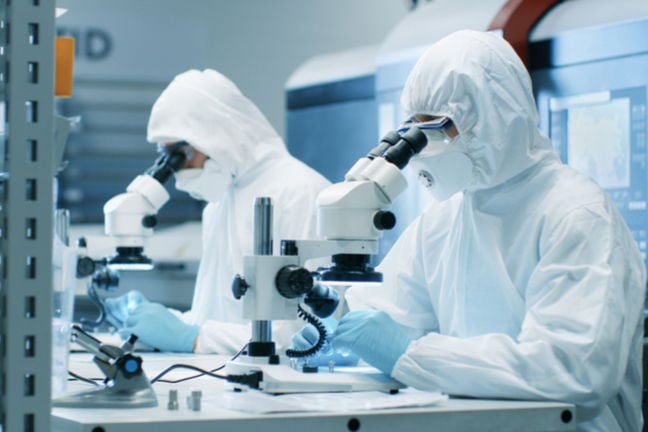 While the global chip shortage shows some signs of subsidizing, semiconductor companies are facing another area where demand outpaces supply: microelectronics engineers.

This concern was illustrated succinctly in a graph from Intel executive Raja Koduri during a panel on the subject at the annual VLSI Symposium on Technology and Circuits last month.

As shared by Tom Dillinger of SemiWiki.com, the graph shows how US college enrollment for computer science majors have risen over the past three decades while electrical engineering majors have plummeted.

CS is completely dominating mindshare among engineering programs in high schooler's minds - I see the anecdotal information as my own kids and their peers consider college. Its almost like the death of Moore's law is followed by the death of EE too! https://t.co/ixsDxcaR34

This could indicate a looming big issue, considering that – for one thing – chipmakers like Intel, TSMC, and Samsung are all trying to expand their manufacturing capacity with the goals of supporting future growth and making supply chains more resilient. Simply put, industry growth can not happen if there are not enough engineers to design, fabricate, and verify the chips, among the other roles needed.

Consider the fact that Intel, for instance, is building fabs in Arizona, Ohio, and Germany. The semiconductor giant expects to create 3,000 high-tech jobs at each of these sites, at least in the first phase of the projects. That means Intel needs to find 6,000 people to fill those roles in the United States and 3,000 to take up those positions in Germany by the time these fabs go online in a few years.

TSMC, on the other hand, will need to find 1,600 capable people for high-tech jobs at the chipmaker’s advanced fab in Arizona that is under construction. In Texas, Samsung will need to match more than 2,000 people with high-tech positions for its factory that is set to open in 2024. Other chipmakers like GlobalFoundries are building new fabs too, in the US and elsewhere.

And these figures do not include all the job openings for microelectronics engineers in non-manufacturing roles, such as chip architects and HDL engineers, particularly when considering firms like Nvidia, Qualcomm, and AMD that only focus on chip design.

Moreover, these numbers do not touch upon the wider ecosystem of companies that the industry relies on, like suppliers and design tool vendors, which means the talent needs will be even greater. And yes, some of these roles – such as design tooling and fabrication – can be filled by computer-science and physics graduates, and people with similar education, but the gap between CS and EE is stark.

Other countries are gearing up for massive semiconductor hiring sprees, too. This includes Japan, which needs roughly 35,000 engineers in the next decade to keep up with the government’s push to grow the country’s semiconductor sector, according to a national industry body.

Thankfully, there are efforts underway to build interest and educate a new generation of engineers to fill the incoming wave of openings.

Intel, for instance, has vowed to spend $ 100 million to improve semiconductor education and research in the United States, and half of that money will go toward trying to line up enough people to work at Intel’s manufacturing site in Ohio.

But the semiconductor industry still faces big obstacles in ensuring companies can get the engineers they need over the next several years.

One of the problems is that chip houses aren’t as flashy as big tech companies like Apple, Google, and other household names.

This is compounded by the issue that software jobs have a reputation for paying more than hardware jobs out of college, as the VLSI Symposium panel pointed out.

Even the students pursuing BTech in electronics or electrical engineering end up shifting their domain to a coding profile job by the end of their engineering. It's the mindset that software will always have great jobs that will pay you well is what driving this decision.

If hardware jobs can not pay more, it means the industry needs to find other ways to make the industry more appealing, the panel said.

The panelists also highlighted the need to improve the experience for interns and first-timers in the industry. Potential solutions included offering more opportunities to interact with higher-ups on site and changing the perception of roles often viewed as non-glamorous, such as verification.

Then there’s the question of whether the industry is thinking about the problem correctly in the first place. On Twitter, Googler Jon Masters, who is working on custom compute designs at the web giant, said the bigger issue is the way companies “militantly” keep hardware people separate from software people.