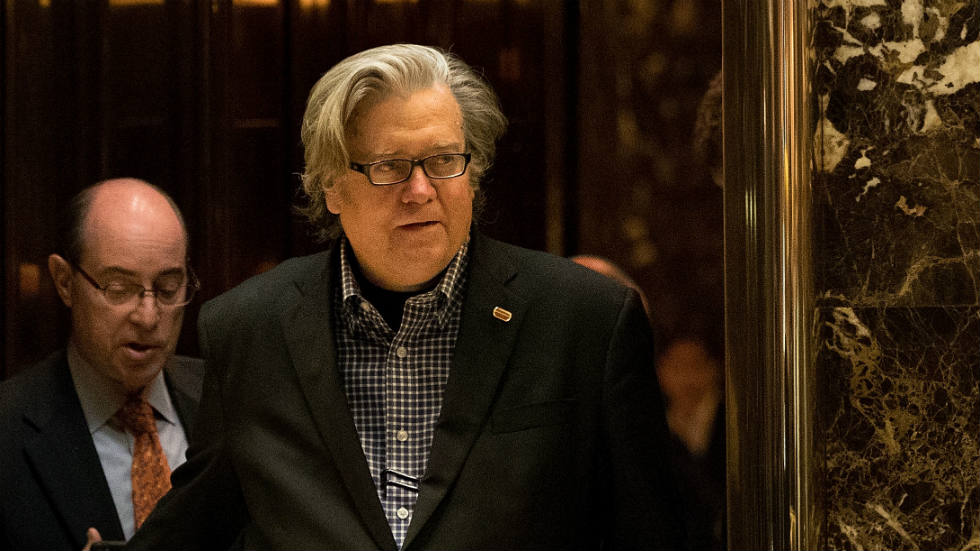 Citing three sources familiar with the matter, the paper reported that Trump may send Bannon a letter stating the former president is willing to give up his claim if Bannon reaches an agreement with the committee to testify.

Bannon first received a subpoena from the House Jan. 6 committee in September, but was charged with contempt for refusing to appear.

His trial is set to begin later this month, but he requested a delay on the grounds that too much publicity would deny him a fair trial.

The Post reported that some advisers are urging Trump not to send the letter.

A spokesperson for Trump and an attorney for Bannon did not immediately return requests for comment from The Hill.

The report comes following bombshell testimony from former White House aide Cassidy Hutchinson who provided comment on Trump’s temperament and knowledge about what was happening at the Capitol on Jan. 6.

Hutchinson, who served as top aide to former chief of staff Mark Meadows, asserted during public testimony in front of the Jan. 6 panel, that Trump lunged at the wheel of his SUV and was told by Secret Service that he could not go to the Capitol on Jan. 6.

Some involved in the situation have disputed Hutchinson’s remarks, though they have not been publicly tested.

The committee’s next hearing is scheduled for Tuesday.