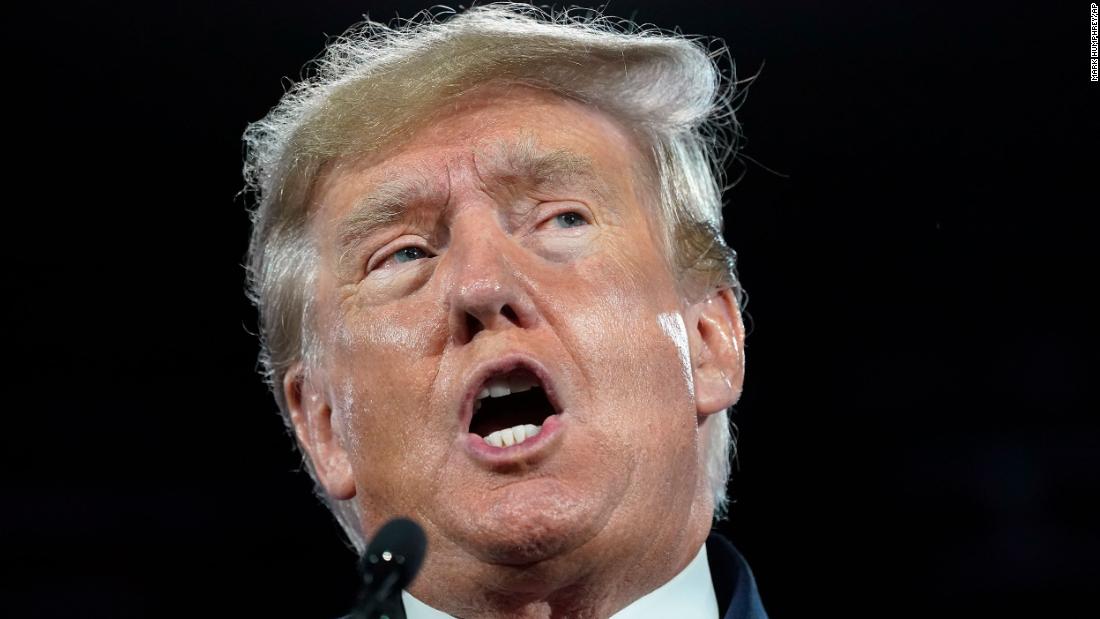 Trump, sources told CNN, might pen a letter memorializing his position that could be used in Bannon’s defense, which they say could clear a path for Bannon to testify before the House select committee investigating the January 6, 2021, insurrection.

The Washington Post first reported that Trump is considering writing the letter.
Bannon is set to go on trial later this month on criminal contempt charges after he refused to cooperate with the House panel, citing broad executive privilege claims – the first case of its kind to result from the landmark congressional investigation. He has pleaded not guilty to the contempt charges.

Even if Bannon agrees to testify before the committee, that is not a remedy in a criminal contempt of Congress case, so it’s still unclear what impact this would have on his upcoming trial.

Bannon and several other conservatives have tried to fight the select committee’s subpoenas in court, but their arguments have been repeatedly rejected by federal judges.

Legal experts have said Bannon’s privilege claims are shaky in part because he had left his White House role years before the US Capitol attack. “There is no executive privilege. This is a ploy to mess up his criminal case,” CNN analyst Norm Eisen said.

The Justice Department also did not buy Bannon’s privilege claims and indicted him last year.

Last month, Judge Carl Nichols of the DC District Court rejected Bannon’s motion to dismiss the case against him, including his arguments that the House select committee’s subpoenas were illegal and that he was protected by the secrecy of the presidency because he had been in contact with Trump at the end of his administration.

At trial, Justice Department prosecutors, who received a referral from the House to prosecute him, will need to prove a relatively narrow case if they are to secure a conviction – that Bannon willfully refused to respond to the congressional inquiry. He will not be able to argue he relied on the advice of his lawyer, the judge has already ruled.

This story has been updated with additional details Friday.