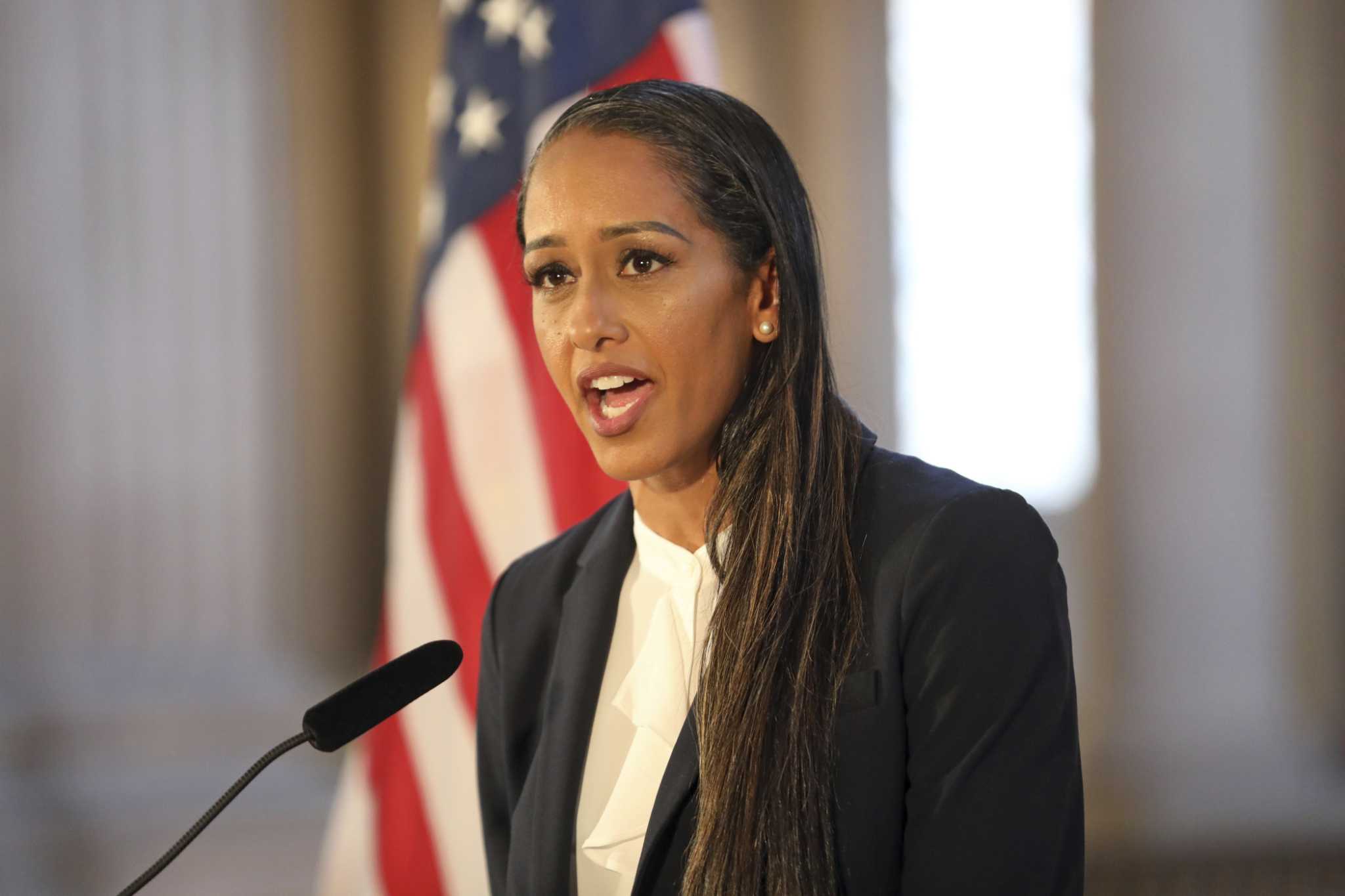 After being sworn in as San Francisco’s new district attorney at City Hall on Friday afternoon, Brooke Jenkins —appointed by Mayor London Breed to replace the recalled Chesa Boudin – traveled to her new office building to hold her first meeting with around 25 senior staffers.

Multiple people in attendance, who requested anonymity out of fear of retaliation, described the approximately 20-minute meeting as “horrible,” “icy,” “uncomfortable,” and, at times, “insane.”

It should not be surprising that Jenkins – who left the DA’s office in October 2021 to volunteer for the recall campaign – would be met with apprehension by the staffers in attendance. Jenkins has stylized herself as a progressive, but many progressives dispute that label; Jenkins was a sharp critic of Boudin in the months leading up to the recall election, and members of the office who spoke to SFGATE felt she crossed a line with some of her campaign attacks. Most people in the room were hired by either Boudin or his predecessor, George Gascón, with only a handful of predating Gascón’s tenure that began in 2011.

Meeting attendees said that Jenkins opened her remarks by stating that even though she campaigned for the recall, she still cares about Boudin hires. The attendees said that Jenkins did not offer many specifics on how she would run the office, so at one point in the meeting, someone asked if she had any concrete directives. Jenkins responded that she wanted a review of every single case in which a plea offer had been made but not yet accepted by the suspect, and the purpose of this review would be to determine which plea offers to withdraw. When someone told Jenkins that would mean reviewing thousands of cases, she then said she wanted to prioritize drug cases.

The staffers said Jenkins did not delineate between cases of possession (usually drug users) and cases of possession with intent to sell (usually drug dealers), and offered no timeline for when this task was supposed to be completed. She concluded the meeting by telling people in attendance that no one would be fired on Friday, but she plans on meeting with people in the near future for a possible “reshuffling” of the office.

Jenkins declined to be interviewed for this story. A source close to Jenkins who was briefed on the meeting but not authorized to speak publicly said the other attendees ‘account of what was said is accurate, but that Jenkins held the meeting primarily to allay staffers’ fears, as opposed to outlining policy plans.

All of the attendees who spoke with SFGATE said that they were struck by two things: 1. What they described as a lack of understanding about what managing the office requires and 2. The fact that Jenkins was accompanied by Andrea Bruss, who serves as Breed’s deputy chief of staff.

Bruss, who did not participate in the meeting but observed, was described as a “chaperone” by one of the attendees. The mayor’s office told SFGATE that it is “providing some basic transitional support to get [Jenkins] situated in office while she quickly staffs up. “

“We have no role in any policy making or discussions in the office,” the mayor’s office added.

How Jenkins runs the district attorney’s office in the coming months will be a source of intrigue both locally and nationally. Some onlookers believe the selection of Jenkins might lead Boudin to seek his old office in the upcoming November elections.

Jenkins has stated that she believes in balancing reform and accountability, voicing support for alternatives to incarceration such as diversion programs. She had previously said the specific Boudin-era reforms she wanted to revoke were the elimination of cash bail, the policy of not charging juveniles as adults, and the elimination of gang enhancements.

Those who attended Friday’s meeting said none of these policies came up, and there was no discussion of the future operations of the office beyond the requested review of drug cases.

Editor’s Note: This story was updated at 7:40 pm to correct the length of the meeting in question.