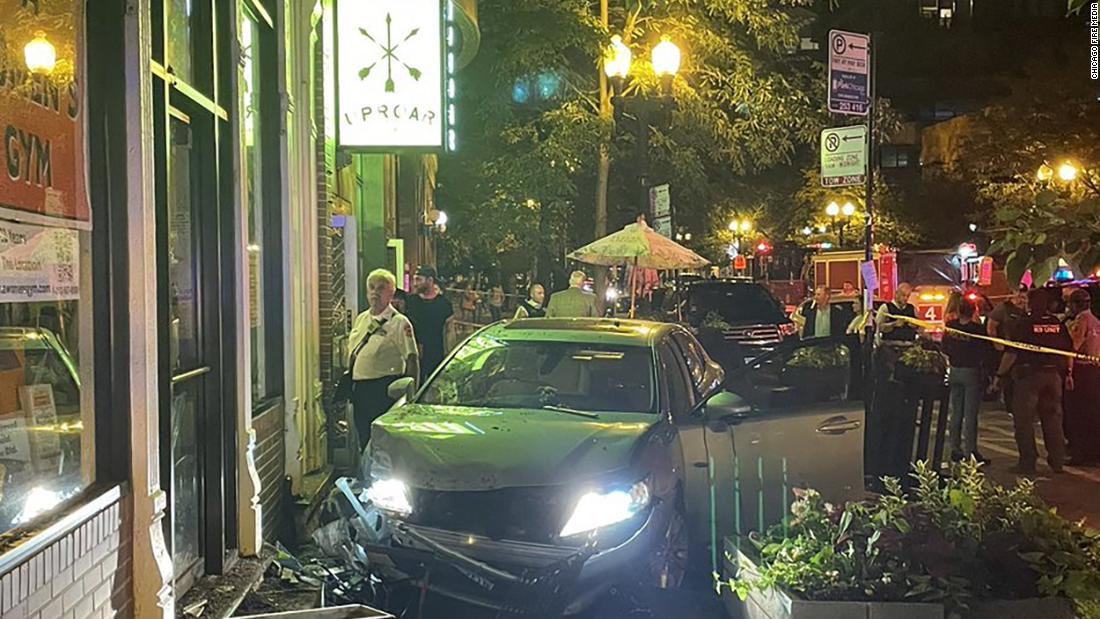 Most of the victims were sitting at an outdoor table on North Wells Street when the crash happened, officials said.

Five were taken to hospitals for treatment, according to the Chicago fire department.

The incident happened around 10:30 pm local time, when the driver of a Lexus sedan, heading southbound on North Wells Street, tried to pass a Toyota Prius headed in the same direction, police said.

While trying to drive around the Prius, “the driver of the Lexus clipped the front end of the Prius and lost control of the vehicle causing it to jump the curb,” Ahern said in the statement ..

The driver who allegedly caused the crash fled the scene on foot, Ahern added. The other driver was not injured and refused medical treatment at the scene, he said.

No one was in custody as of early Saturday, and the crash is under investigation, police said.