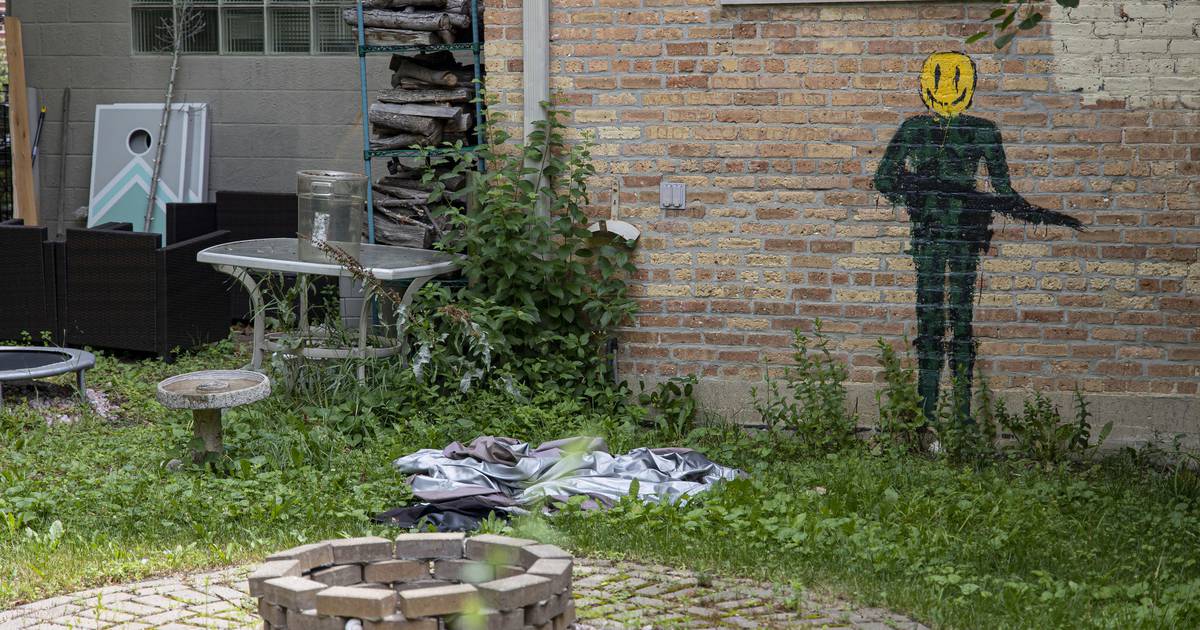 Highland Park police were called to the family home of the alleged Independence Day parade sniper at least nine times between 2010 and 2014 in response to domestic disputes, according to newly released police records.

Most of the incidents involved allegations of verbal or physical altercations between the shooting suspect’s parents, Robert Crimo Jr. and Denise Pesina. The reports, released by the Highland Park Police Department, paint a picture of the sometimes tumultuous home where Robert “Bobby” Crimo III grew up before he allegedly shot dozens of people enjoying a Fourth of July parade. Seven of those shots died, and Bobby Crimo is charged with seven counts of first-degree murder.

During one altercation in August 2010, Crimo Jr. told police his relationship with Pesina was “failing,” and that Pesina had struck him in the head with her shoe and was intoxicated. Pesina told police that Crimo Jr. had “disrespected and belittled” her after making comments about her appearance, and that those comments led her to drink. Police said they offered Pesina a packet with information about domestic violence, but that she reported already having a packet from a different domestic incident days earlier.

Reporters’ attempts to contact the defendant’s parents for comment in person and through their attorney were unsuccessful, and neither Pesina nor Crimo Jr. have been charged with domestic violence in Lake County, according to court records.

But the parents of Robert Crimo III have drawn attention in recent days after it was revealed that the shooting suspect’s father sponsored the FOID card application that allowed Crimo to legally purchase the gun he allegedly used to terrorize Highland Park holiday paradegoers.

A review of public records show repeated Highland Park police involvement at the Crimo family home over the years, especially between the mother and father. Crimo Jr., the former owner of now-shuttered Highland Park deli, unsuccessfully ran for mayor in 2019.

In October 2010, police were called to the home because of a fight between Pesina and Crimo Jr. According to the police report, Crimo Jr. said Pesina had been “trash talking” to him, knocked all his belongings off his dresser, and hit him with a screwdriver. Pesina, in a statement to police, said that Crimo Jr. had been “making mean statements to me like always, calling me names.” Crimo Jr. later told police that Pesina had not tried to hit him with the screwdriver and declined to put that detail in his statement to police.

Pesina pleaded guilty to driving under the influence in Lake County in 2012. In 2002, Pesina pleaded guilty to a child endangerment charge after leaving Crimo III, then about 2 years old, alone in a car with the windows rolled up for 27 minutes in the parking lot of a toy store, according to court records. It was approximately 79 degrees outside during that incident.

In September 2019, a few months before Crimo III applied for a gun permit, police conducted a wellness check following a report that days earlier Crimo III had “made a threat in the household” stating “he was going to kill everyone.” The police report notes that a person whose identity is redacted in the report said they were “afraid to go home” because of the threat and Crimo’s collection of knives.

Police removed the knives from Crimo’s possession and filed a “Clear and Present Danger” report to the Illinois State Police.

Crimo Jr., told the New York Post and ABC News that he is not responsible for the attack despite his role in sponsoring his son’s gun permit application because he said he was following the law.

“You know, he went through the legal process. I do not know if it’s guilt. I feel horrible as to what happened. Beyond horrible, ”Crimo Jr. told ABC News.

Steve Greenberg, an attorney who briefly represented the defendant’s parents, told the Tribune that Crimo Jr. was unaware of the 2019 threats when he sponsored his son’s FOID card application months later. Crimo Jr. was at least aware that police had confiscated weapons that were in his son’s room, according to the police report. The father later collected the weapons from police, including a 24-inch samurai sword, 16 knives and a dagger.

In April 2019, Highland Park police again got involved with the shooting suspect after the department received a call requesting a wellness check for then 18-year-old. Crimo III had reportedly attempted suicide with a machete. Medical professionals had been involved, according to the police report.

A neighbor of the family, who declined to be named, told a Tribune reporter Thursday that police would come to the Highland Park home on a seemingly weekly basis when the alleged shooter’s parents lived there together.

A reporter saw a woman on the front porch at home Thursday but no one answered the door. Grass grew wild in the front lawn. Faux stained glass-style vinyl stickers decorated the windows, behind which white curtains were drawn. In the backyard, a haunting painting appeared on the faded reddish-brown brick: a tall figure holding a long rifle dressed in military camo with a yellow smiley face for a head. It’s black smile and eyes dripped down.

The neighbor told the Tribune that on the day of the shooting, they saw Crimo III pull away from the house in his mother’s silver Honda Fit when they returned from the halted Independence Day parade.

Crimo III is not believed to have stayed in the Highland Park home with his mother, but rather lived in an apartment on the property of his father’s house in Highwood, according to his uncle, Paul Crimo.

Crimo, 55, said the massacre shocked him and that he did not know his nephew had guns as he pulled into his driveway. “I’m sorry from the bottom of my heart. I’m devastated, ”Crimo said.

“He lives in the next apartment. We did not see each other, ”he said, referring to another structure on the lot. “He showed no aggression to me or nothing. Ever. There’s no indication of anything that I saw. ”

A logo the mass shooter used in violent music videos and social media posts was nailed over the door of a shed next to the house. The logo appeared to be nearly identical to the logo of Suomen Sisu, a far-right, nationalist Finnish political association, but the Southern Poverty Law Center, which was poring over Crimo’s online record, said earlier this week its meaning, if any, remains unclear.

A silver Acura coupe sat in the home’s front lawn, weeds growing around its tires. A sharp-toothed red smile was taped on the front bumper, and the number ’47 ‘was painted on the doors. Paul Crimo said the car belonged to his nephew.

A neighbor of Crimo III, who declined to give their name, said the father would occasionally exchange pleasantries, but that his son did not socialize with those who lived nearby. The 21-year-old alleged mass shooter would often ride his electric scooter, they added, and wear all black and blast harsh, loud music. 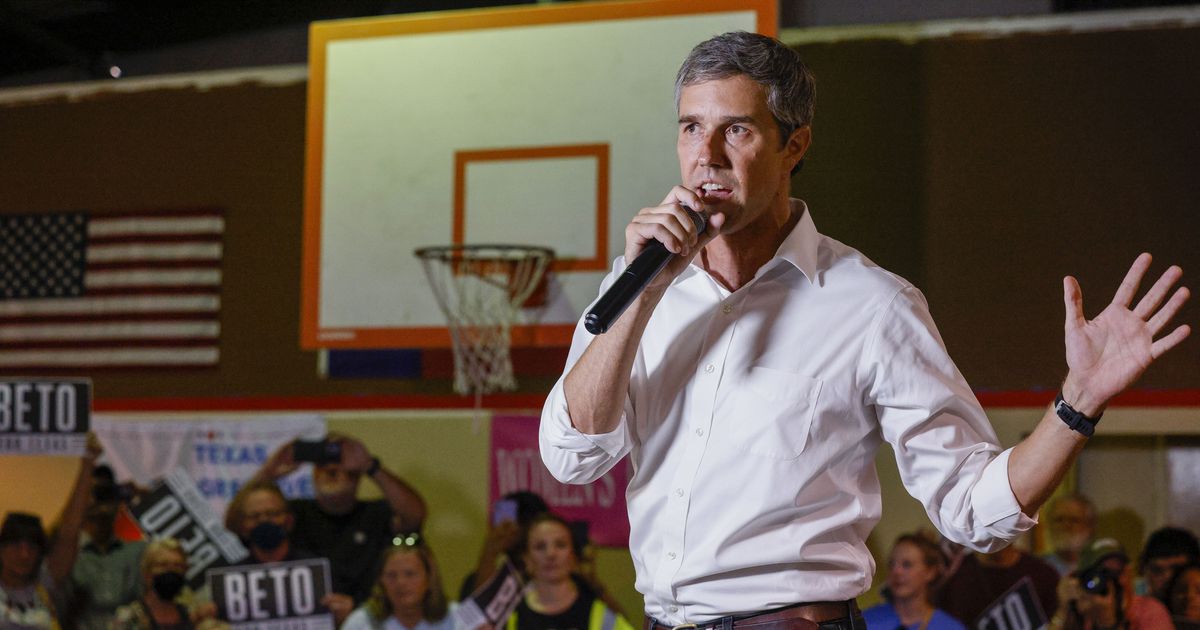