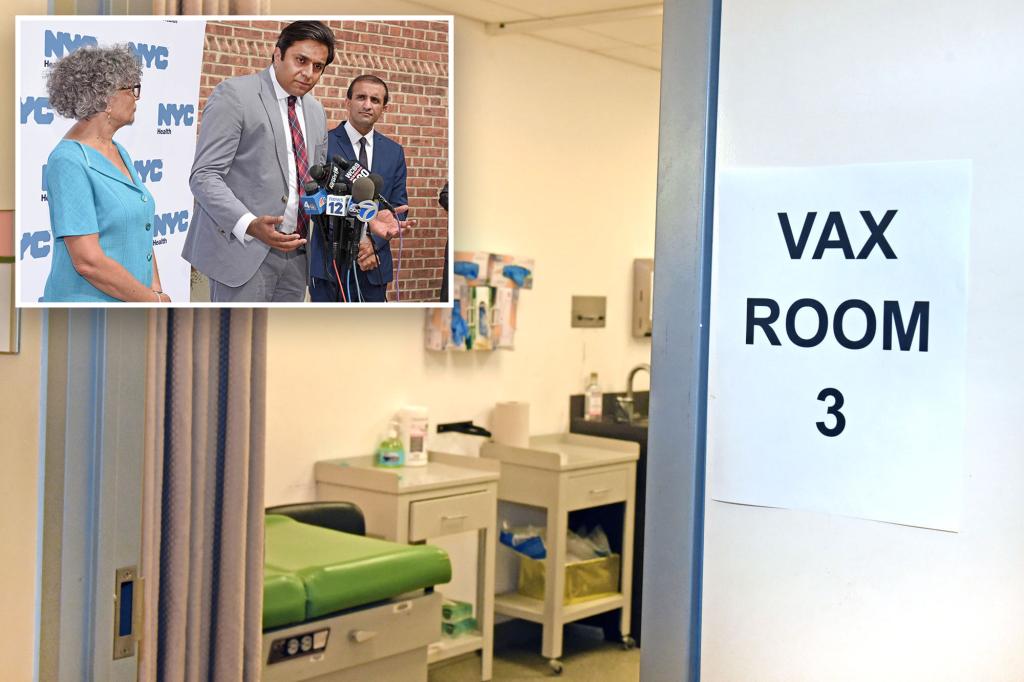 New York City is now the nation’s hotspot for monkeypox after ticking up 119 cases as of Wednesday.

Health officials have reported at least 605 cases of the disease across the US, which makes NYC’s tally nearly 20% of the total.

Cases in the city are up by 50% since last week, leading some to point fingers at June’s Pride month celebrations, which drew some 2 million tourists into NYC. The virus spreads via skin-to-skin contact with an infected individual, prompting some experts to call it a “sexually transmitted disease.”

Monkeypox causes fever and flu-like symptoms and is often marked by painful lesions or rashes throughout the body that develop, scab and peel over several weeks.

No deaths from the preventable, treatable virus have occurred thus far.

Experts have warned about the risks of cozying up to strangers amid the monkeypox outbreak, although health officials are being blamed for underestimating the issue, according to a Daily Mail report on Thursday. New York City had reportedly acquired just 1,000 doses of a smallpox vaccine – being used as well to fight the monkeypox virus – which some called “ridiculous,” according to the Daily Mail.

City health officials increased their order to 6,000 vaccines, The Post reported on Wednesday, although appointment slots for the shot reportedly filled up within hours. NYC Health Commissioner Dr. Ashwin Vasan apologized for systematic failures in the monkeypox vaccine rollout during a press conference on Thursday.

Meanwhile, the health department has not expressed a direct link between the spike in monkeypox cases and particular Pride parties last month.

“Anyone can get and spread monkeypox,” the city’s health department said in its most recent public guidance.

“The current cases are primarily spreading among social networks of gay, bisexual and other men who have sex with men, so this community is currently at greater risk of exposure,” it added.

Despite fears of unmitigated spread during a hot and heavy summer festival, the World Health Organization said last week that monkeypox is not yet being considered a “serious threat.”

There have been more than 3,000 cases globally out of more than 50 countries. However, this is the first time that a majority of cases – 84% of them – have occurred in Europe, rather than West and Central Africa where it is usually found.

“What makes the current outbreak especially concerning is the rapid, continuing spread into new countries and regions and the risk of further, sustained transmission into vulnerable populations including people who are immunocompromised, pregnant women and children,” WHO Director General Tedros Adhanom Ghebreyesus said in a Saturday briefing.

Testing for the virus has also lagged behind the current trend and experts worry some cases are carrying on undetected and before symptoms arise. The news comes as Americans are still reeling from similar testing and vaccine constraints felt during the ongoing COVID-19 pandemic.