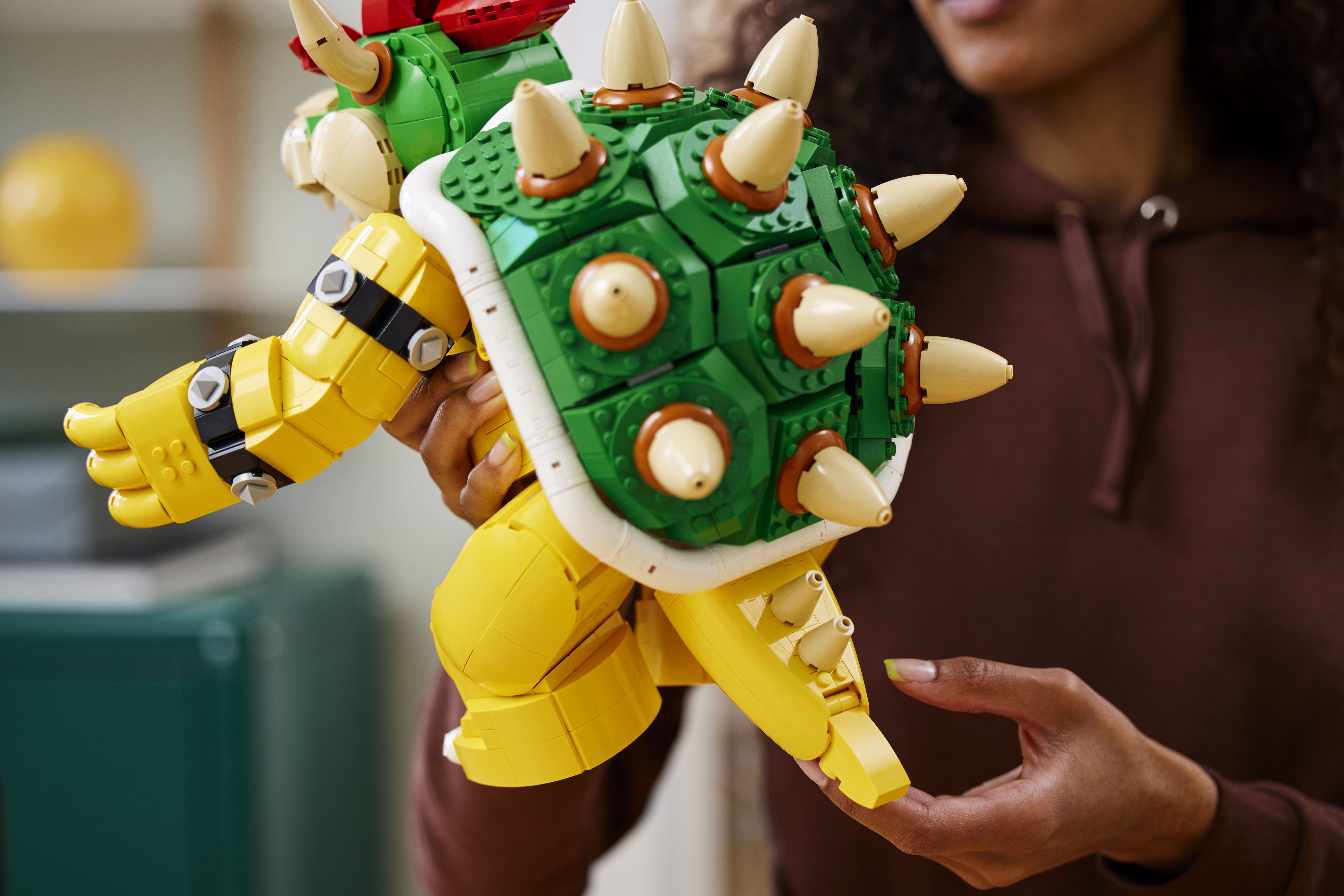 Come October, Lego will release the largest set in its Super Mario line so far – a 2,807-piece model of the King of the Koopas himself. The Mighty Bowser set will be a part of Lego’s fun but not infantilizing line for adults known as Adults Welcome. Upon a closer look at the Super Koopa figure, it’s evident that it’ll take far more advanced spatial reasoning skills to build than the rest of Lego’s Super Mario-themed lineup geared towards youth. In addition to Super Bowser coming with his own Lego version of a fireball launcher, there’s also a button to control the figure’s movements and an entire battle platform for Bowser, complete with two towers that are meant to be toppled over by the villain.

When fans finally finish constructing their Lego version of Bowser, the fun is far from over. After all, there’s really no point in owning a moveable figure of Super Koopa that is larger than your average house cat if you can not use it to unleash chaos and destruction. For those who own the Super Mario Starter Course, (which includes toy versions of Mario, Luigi and Peach) Lego suggests using the completed Bowser figurine to wreak some havoc in the Mushroom Kingdom. Given the size of our heroes, it definitely will not be a fair fight.

“Bowser is, quite simply, the ultimate boss – and we’re delighted to announce that we’re introducing this oversized version to the LEGO Super Mario adult line for a little added peril,” said Lego senior designer Carl Merriam in a release.

At $ 270, the Bowser set is the priciest one in Super Mario’s two-year-old Lego lineup so far. The set is not yet available for pre-order but is due to hit stores on October 1st. Super Mario fans can look forward to more expansion sets that will be unveiled in August, including a Princess Peach-themed set and a Big Spike expansion set. For a more lively look at Lego Bowser in action, check out the video below.