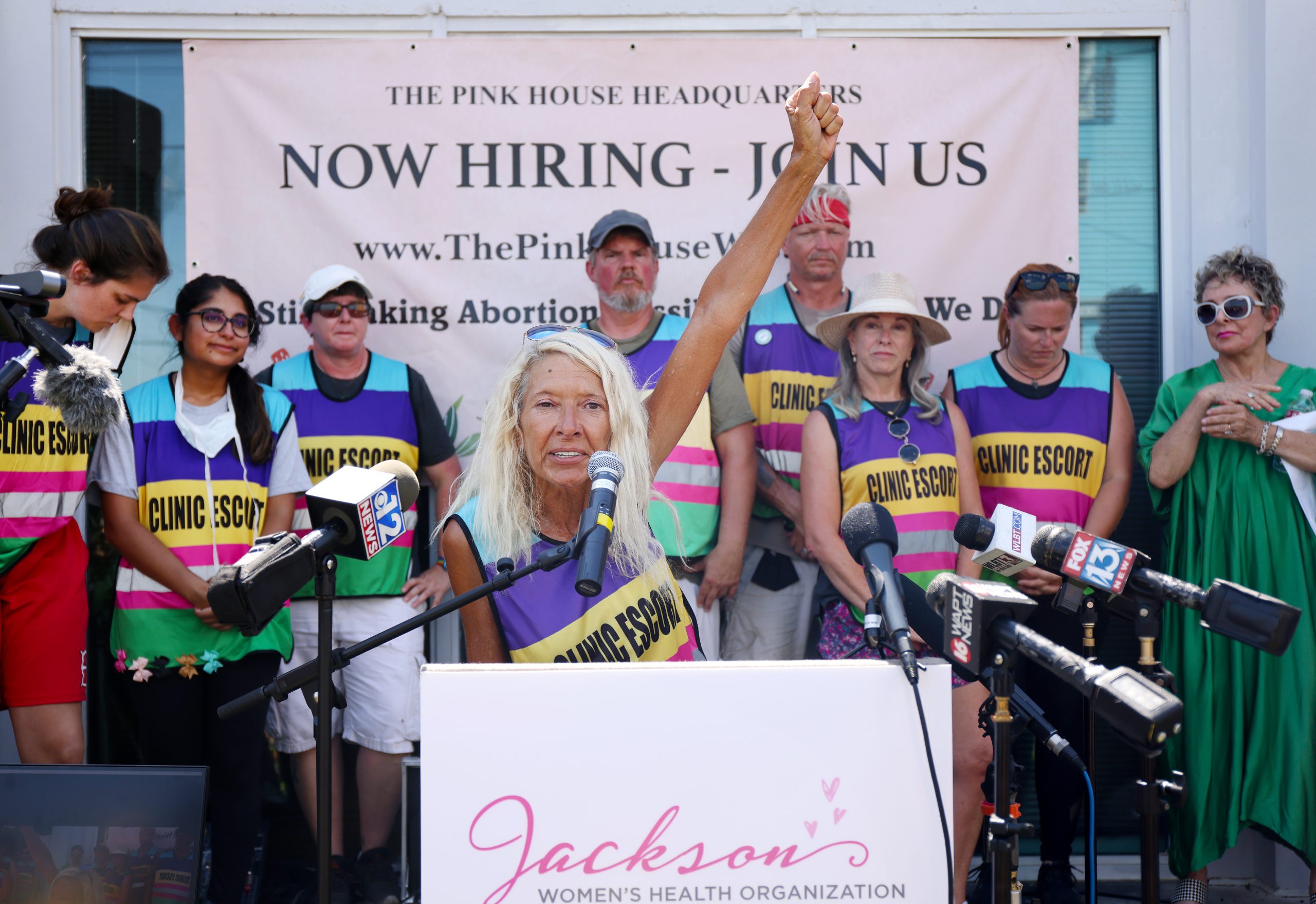 Jackson Women’s Health Organization, which was the state’s only abortion clinic before it was forced to close Thursday, is asking the Mississippi Supreme Court to allow it to reopen next week.

The request is based on the state Supreme Court’s 1998 decision that said the Mississippi Constitution provided women the right to an abortion. That decision has not been overturned and supersedes laws passed by the Legislature banning abortion in most instances, attorneys for the abortion clinic argue.

The petition filed Thursday with the Supreme Court comes on the heels of Tuesday’s ruling by Chancery Judge Debbra Halford of Franklin County refusing a request for a temporary restraining order allowing the clinic to remain open.

The filing before the Supreme Court noted that Halford opened the hearing on Tuesday with a prayer by a specially-appointed chaplain: “Lord, we pray for the presence of your Holy Spirit in this courtroom today… We seek your truth, not our own. We seek your wisdom, not our own. Bless and inspire Judge Halford in her deliberations and judgments here today. ”

The abortion rights supporters are asking the Court to suspend two laws. Mississippi has a trigger law that went into effect based on the US Supreme Court landmark ruling in late June overturning Roe v. Wade, which had recognized abortion rights in the US Constitution.

Another law in Mississippi banning abortions after six weeks also went into effect as a result of the overturning of Roe.

“We hope the Mississippi Supreme Court will abide by its prior ruling that the Mississippi Constitution protects the rights of women to make their own decisions in matters of child birth. But unfortunately, we live in a time when settled rules of law are being cast aside. We hope that does not happen here, ”said Jackson attorney Rob McDuff, of the Mississippi Center for Justice, who is representing the clinic. The Center for Reproductive Rights also represents the clinic.

Halford rejected McDuff’s argument, refusing to grant the temporary restraining order because, she said, it was likely that the state Supreme Court would reverse the 1998 ruling.

“That reasoning is contrary to the rule of law and to this Court’s authority to have the final word on the meaning of the Mississippi Constitution,” the filing said.

The office of Attorney General Lynn Fitch argued against suspending the enactment of the trigger law and the six-week ban. Fitch also filed the lawsuit – Dobbs v. Jackson Women’s Health Organization – that led to the Court overturning Roe v. Wade.

Fitch’s office argued before Halford that the 1998 ruling by the state’s highest court was made based on the fact Roe was national law. Now that Roe has been overturned, the 1998 state Supreme Court ruling is no longer a good law. But McDuff pointed out nowhere in the 1998 ruling was that connection made.

“We are simply asking the MS Supreme Court to uphold its own ruling. It would be a mistake to reverse decades of precedent and allow government and politics to override a woman’s right to make health decisions directly impacting her life, ”said Vangela Wade, chief executive officer of the Mississippi Center for Justice.

Vangela Wade is a Mississippi Today board member.

We want to hear from you!

By listening more intently and understanding the people who make up Mississippi’s communities, our reporters put a human face on how policy affects everyday Mississippians. We’re listening closely to our readers to help us continue to align our work with the needs and priorities of people from all across Mississippi. Please take a few minutes to tell us what’s on your mind by clicking the button below.

Republish our articles for free, online or in print, under a Creative Commons license.