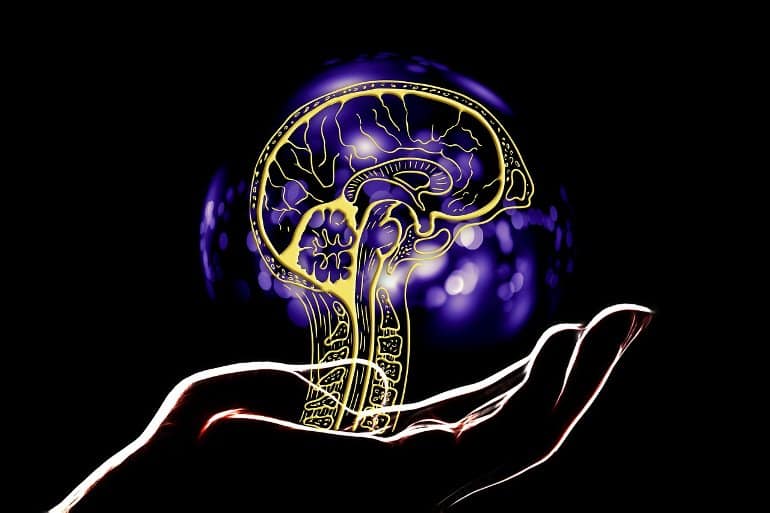 Summary: Researchers identified a brain region responsible for driving action, and another that suppresses action. The study reports impulsive behaviors can be triggered or suppressed by activating these areas.

Source: Champalimaud Center for the Unknown

It’s the final race. Eight athletes are lined up on the track, their feet tensely braced against the starting blocks. They hear the count off: “On Your Marks!”, “Get Set,” and then, a fraction of a second before the gunshot, a runner leaps forward, disqualifying himself from the competition. It is in such moments that a commonly overlooked aspect of behavior — action suppression — painfully comes to light.

A study published today in the journal Nature uncovers how the brain stops us from jumping the gun.

“We discovered a brain area responsible for driving action and another for suppressing that drive. We could also trigger impulsive behavior by manipulating neurons in these areas, ”said the study’s senior author, Joe Paton, Director of the Champalimaud Neuroscience Program in Portugal.

Paton’s team set out to tackle a puzzle that arose in part from Parkinson’s and Huntington’s Disease. These conditions manifest as movement disorders with broadly opposite symptoms. While Huntington’s patients suffer from uncontrolled, involuntary movement, Parkinson’s patients struggle with action initiation. Peculiarly, both conditions stem from dysfunction of the same brain region: the basal ganglia. How can the same structure support contradictory functions?

According to Paton, a valuable hint emerged from past studies, which identified two major circuits in the basal ganglia: the direct and indirect pathways. It is thought that while the activity of the direct pathway promotes movement, the indirect pathway suppresses it. However, the precise manner in which this interplay was carried out was largely unknown.

A timing task with a twist

Paton took an original approach to the problem. Whereas previous studies investigated the basal ganglia during movement, Paton’s team focused on active action suppression instead.

The team designed a task where mice had to determine whether an interval separating two tones was longer or shorter than 1.5 seconds. If it was shorter, a reward would be provided on the left side of the box, and if it was longer, it would be available on the right.

“The key was that the mouse had to stay perfectly still in the period between the two tones,” said Bruno Cruz, a doctoral student in the lab. “So even if the animal was certain the 1.5-second mark had passed, it needed to suppress the urge to move until after the second tone sounded, and only then go for the reward.”

The researchers tracked neural activity of both pathways while the mouse performed the task. As in past studies, activity levels were similar when the mouse was moving. However, things changed during the action-suppression period.

“Interestingly, unlike the coactivation we and others have observed during movement, activity patterns across the two pathways were strikingly different during the action suppression period. The activity of the indirect pathway was overall higher and it continuously increased while the mouse waited for the second tone, ”said Cruz.

According to the authors, this observation suggests that the indirect pathway flexibly supports the behavioral goals of the animal. “As time passes, the mouse becomes more confident that it’s in a ‘long-interval’ trial. And so its urge to move becomes increasingly more difficult to restrain. It’s likely that this continuous increase in activity reflects this internal struggle, ”Cruz explained.

Inspired by this idea, Cruz tested the effect of inhibiting the indirect pathway. This manipulation caused the mice to behave impulsively more often, significantly increasing the number of trials where they darted to the reward port prematurely. With this innovative approach, the team effectively uncovered an “impulsivity switch.”

“This discovery has broad implications,” Paton reflected. “In addition to the clear relevance to Parkinson’s and Huntington’s Disease, it also provides a unique opportunity to investigate conditions of impulse control, such as addiction and Obsessive-Compulsive Disorder.”

Searching for the drive to act

The team identified a brain region that actively suppresses the drive to act, but where does that drive originate? Since the direct pathway is thought to promote action, the immediate suspect was the direct pathway of the same region. However, the mouse’s behavior was practically unaffected when the researchers inhibited it.

“We knew the mice were experiencing a strong drive to act because removing suppression promoted impulsive-like action. But it was not immediately clear where else the site of action promotion could be. To answer this question, we decided to turn to computational modeling, ”Paton recalled.

“Mathematical models are extremely useful for making sense of complex systems, such as this one,” added Gonçalo Guiomar, a doctoral student in the lab.

“We took accumulated knowledge about the basal ganglia, formulated it mathematically, and tested how the system processes information. We then combined the model’s prediction with evidence from previous studies and identified a promising new candidate: the dorsomedial striatum. ”

The team’s hypothesis was correct. Inhibiting neurons of the direct pathway in this new region was sufficient for altering the mouse’s behavior. “Both regions we recorded from are located in a part of the basal ganglia called the striatum. The first area is in charge of so-called ‘low-level’ motor-sensory functions and the second is dedicated to ‘high-levels’ functions such as decision-making, ”Guiomar explained.

From action to temptation and beyond

“Our study indicates that there are potentially multiple neural circuits in the brain that are constantly competing over which action to execute next. This insight is important for understanding more deeply how this system works, which is imperative for treating certain movement disorders, but it goes even further, ”Paton said.

“Observations from neuroscience are at the core of many machine learning and AI techniques. The idea that decision-making can happen through the interaction of numerous parallel circuits within the same system might prove useful for designing new types of intelligent systems, ”he added.

Lastly, Paton suggests that perhaps one of the most unique aspects of the study is its ability to access inner cognitive experiences.

“Impulsivity, temptation… These internal processes are some of the most fascinating things that the brain does, because they reflect our inner life. But they are also the hardest to study, because they do not have a lot of outward signs that we can measure.

“Setting up this new method was challenging, but now we have a powerful tool to investigate internal mechanisms, such as those that are involved in resisting and succumbing to temptation,” Paton concluded.

About this neuroscience research news

Here we study these circuits in mice performing an interval categorization task that requires a series of self-initiated and cued actions and, critically, a sustained period of dynamic action suppression.

Although movement produced the co-activation of iMSNs and dMSNs in the sensorimotor, dorsolateral striatum (DLS), fiber photometry and photo-identified electrophysiological recordings revealed signatures of functional opposition between the two pathways during action suppression.

The model predicted that parallel striatal circuits outside the DLS learned the action-promoting functions, generating the temptation to act. Consistent with this, optogenetic inhibition experiments revealed that dMSNs in the associative, dorsomedial striatum, in contrast to those in the DLS, promote contralateral actions.

These data highlight how opponent interactions between multiple circuit- and region-specific basal ganglia processes can lead to behavioral control, and establish a critical role for the sensorimotor indirect pathway in the proactive suppression of tempting actions. 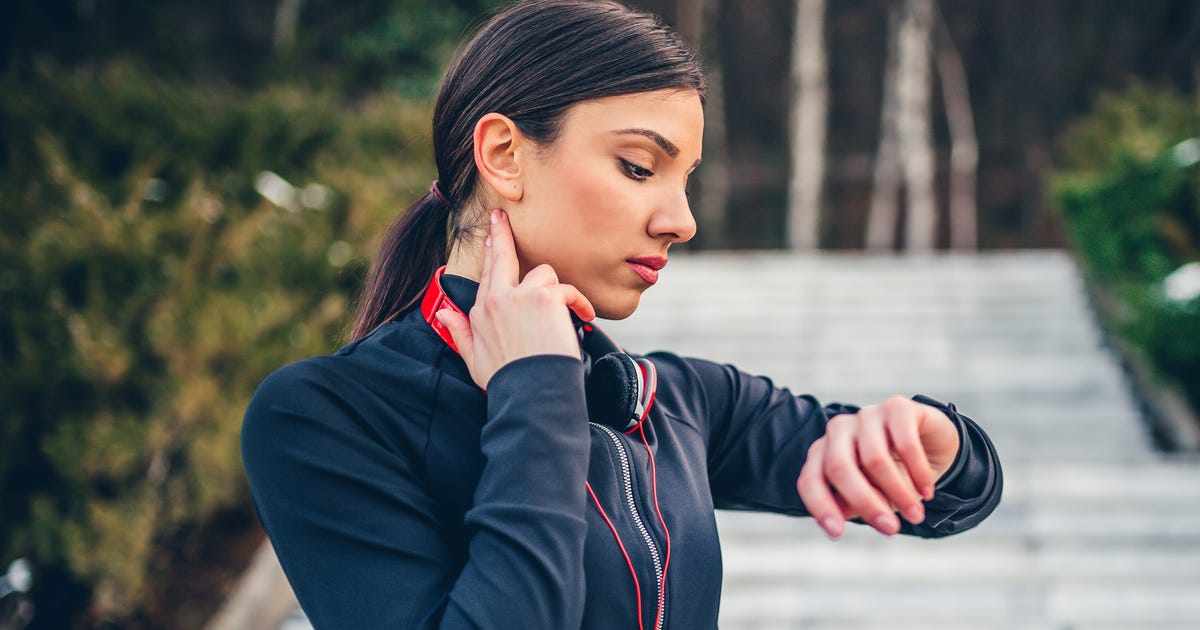 How Healthy is Your Heart? Find Out at Home Without Any Equipment 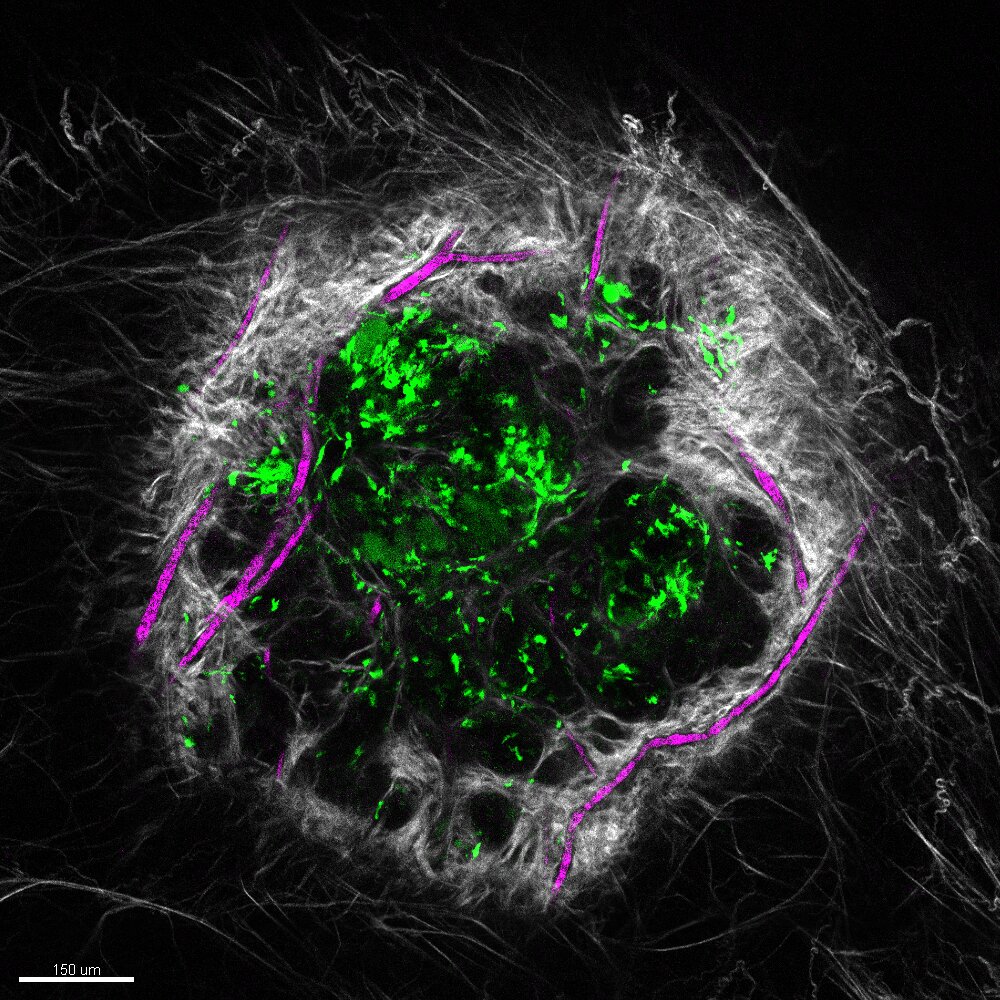 Thinking Hard and Long Can Cause Brain Drain : ScienceAlert