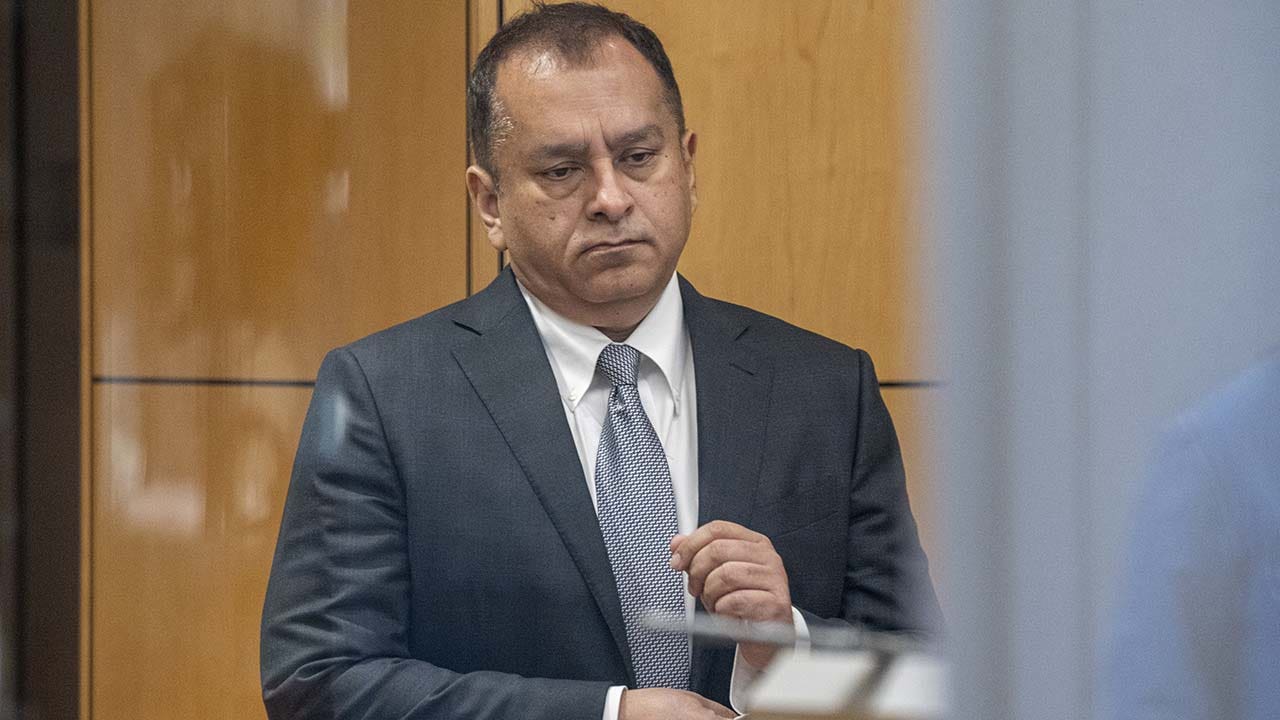 A California jury in San Jose agreed with prosecutors that Balwani, 58, took part in scamming investors in an elaborate scheme with disgraced Theranos founder and president Elizabeth Holmes, his former girlfriend.

Holmes was convicted in January of one charge of conspiracy and three charges of fraud for her role in the scam. She was originally accused on 11 charges, and the jury could not reach a verdict on three of them.

Holmes, 37, launched the company in 2003 at the age of 19 after dropping out of Stanford University. She dazzled Silicon Valley and investors alike with claims that she had developed a revolutionary technology that could diagnose upwards of 200 diseases with just a few drops of a patient’s blood.

Balwani became Theranos ‘chief operating officer in 2010, serving as Holmes’ deputy and pouring $ 15 million of his own funds into the business. The couple had dated for years before he joined the company, but kept their romance a secret.

Investors poured more than $ 900 million into Theranos, making Holmes a billionaire on paper at the company’s peak. But things began to unravel in 2015 after The Wall Street Journal exposed that Theranos was actually using traditional blood-testing machines for testing rather than its own technology.

The next year, Holmes dumped Balwani both as her business partner and lover. The company shuttered in 2018, the same year both of them were indicted.

During her trial, Holmes took the stand and pointed blame at Balwani, saying that he mislead her about the effectiveness of Theranos’ technology. She also accused him of emotional and sexual abuse, claims which he denied.

Balwani did not speak in his own defense during his trial, where his attorneys portrayed him as a benevolent investor who became wrapped up in Holmes’ scheme. Prosecutors argued that Balwani was an active participant in the fraud, who assisted Holmes in duping investors.

Holmes is expected to be sentenced this fall, and Balwani’s sentencing date has not yet been set. Both of them face up to 20 years in prison.