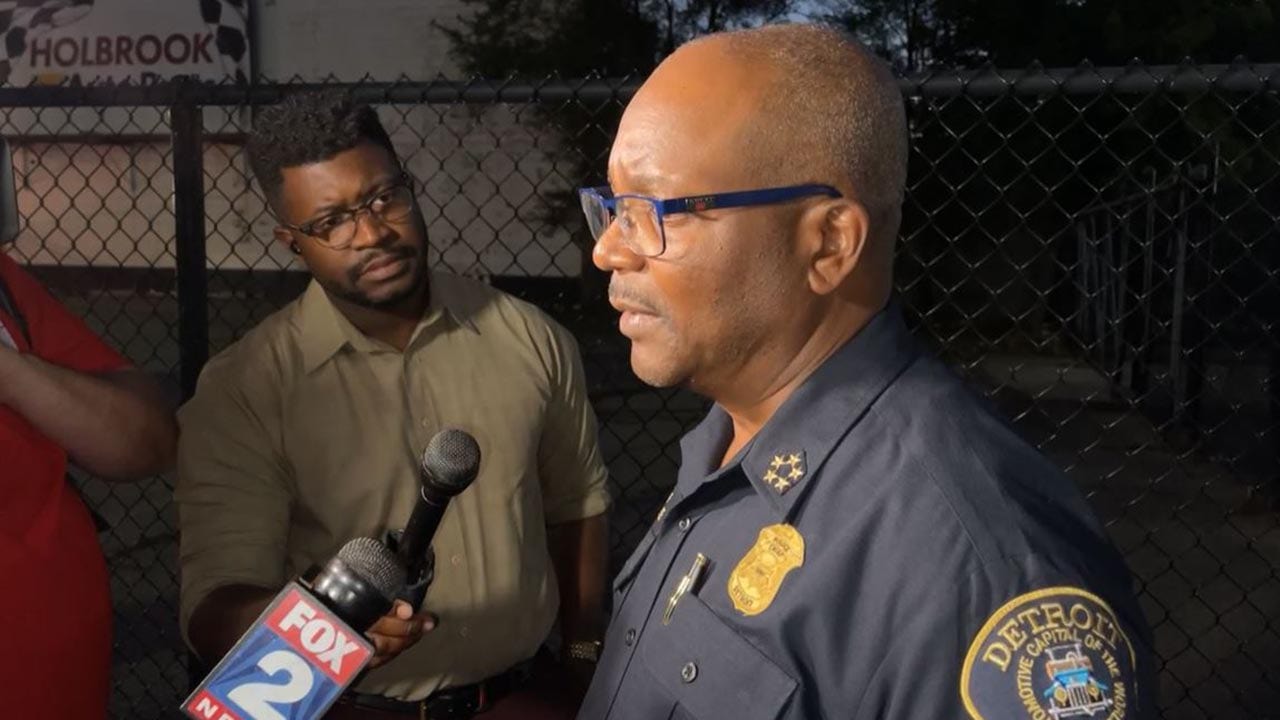 A Detroit police officer was shot and killed by a suspect who was indiscriminately firing a gun Wednesday, police confirmed.

“We lost a hero today in our department and the city is grieving,” Detroit Police Chief James E. White said of the unnamed officer who was a five-year veteran of the force.

TWO LOS ANGELES-AREA POLICE OFFICERS THE AFTER SHOOTOUT WITH SUSPECT

“There is so much violence and it seems like there’s nowhere in this country that you can be safe but there are people who do not believe that,” Detroit Mayor Mike Duggan said. “They’re police officers and they have a calling and they believe they can protect us. And Detroit officers every day confront the most violent people in this community in order to protect the rest of us.”

The shooting happened near Joy Road and Marlowe Street in Detroit.
(Google Maps)

The mayor said the officer’s family described him as someone who had a “calling” to his work and was doing “what he loved.”

“We owe a debt of gratitude to all the officers out there working,” Duggan said. “And tonight we have an officer and a family with a debt that we can never repay. This entire city is holding the family in their hearts tonight. We will be with them every step of the way.”

White said the officer’s family is heartbroken and their “soul is crushed.”