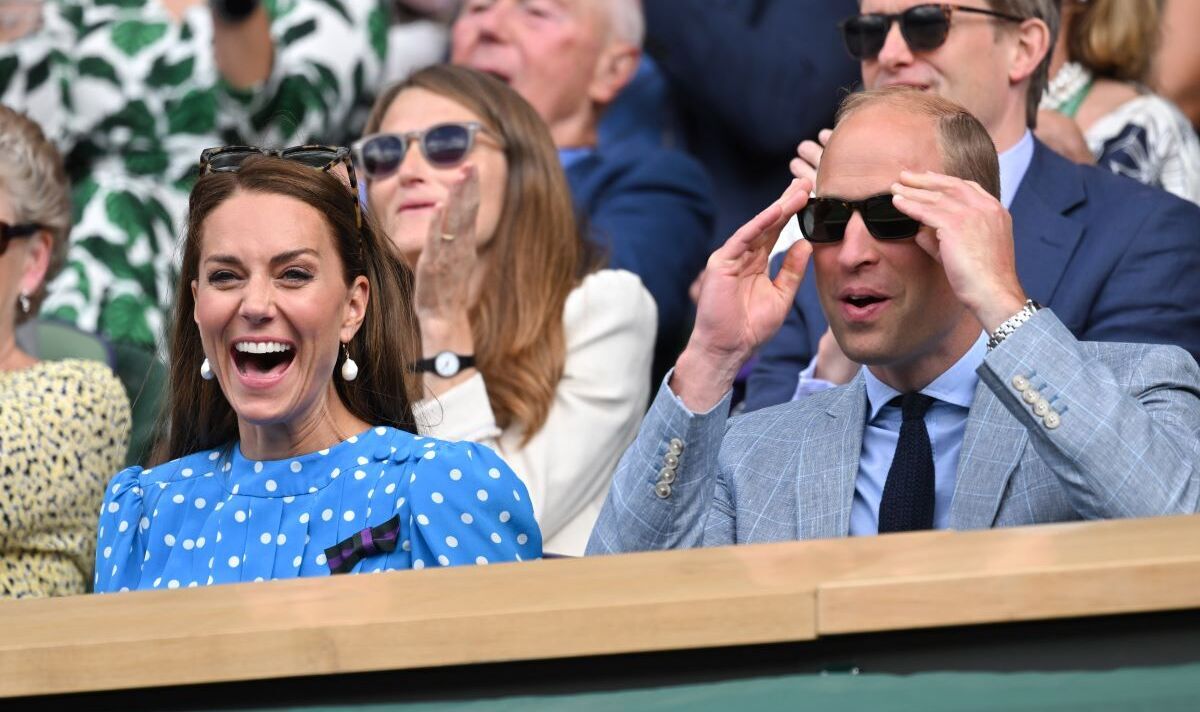 The Duke and Duchess of Cambridge joined in home fans’ chants which helped to propel the 26-year-old to victory in a seesaw five-set battle against Belgium’s David Goffin.

And after some classic nailbiting action, the royal couple leapt to their feet to applaud the British No 1 and ninth seed who has won the nation’s heart.

Chief among the Court No 1 chanting was “Norrie, Norrie, Norrie, oi! oi! oi! ”. And “Come on Cam!” was also on repetition overdrive in a tense last-eight encounter.

He was two sets to one down when the Duke and Duchess arrived on court after seeing Novak Djokovic reach his 11th SW19 semi on Center Court.

And the nailbiter clearly got to the royals and the 12,300 arena spectators at times, with William appearing to adjust his tie before exhaling deeply at one point.

“I stayed as patient as I could and just used my legs at the end to get the ball in the court.”

And, as he looked forward to taking on the Serbian six-time winner and defending champion, the lionhearted world number 12 promised: “It only gets tougher. I’m sure you guys will get behind me and I’ll take the fight to him. ”

Norrie was watched by tearful mum Helen, dad David and girlfriend Louise Jacobi, 23, as he became the new home hero after the early exits of Emma Raducanu and double champ Andy Murray.

William and Kate, who is patron of the All England Club, cheered him on after watching Djokovic’s five-set victory over rising Italian star Jannik Sinner. Kate’s parents, Michael and Carole Middleton, were also in the Royal Box yesterday.