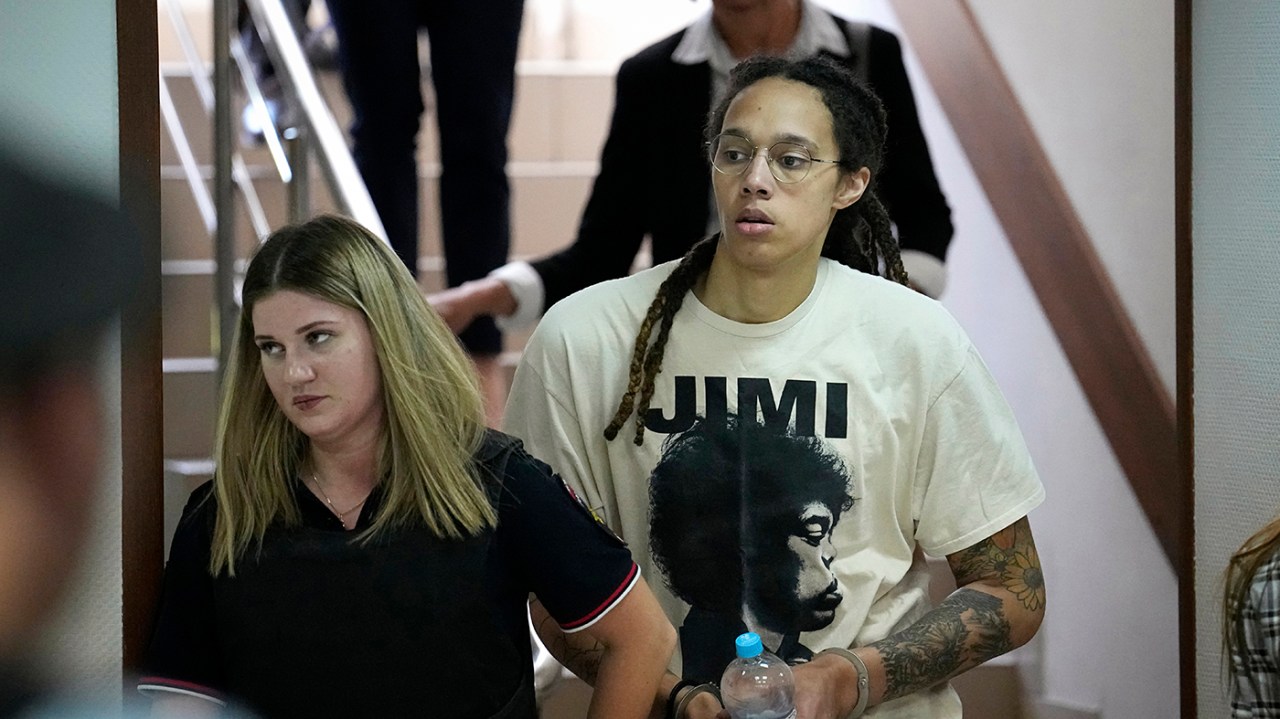 The public outcry around the plight of Brittney Griner is growing louder – and that spells trouble for President Biden, who has been unable to free the basketball star from detention in Russia.

Griner wrote to Biden in recent days saying she was “terrified I might be here forever”.

Her wife, Cherelle, appears to have lost patience with prior advice from the administration to take a low-profile approach to Brittney’s jailing.

On Tuesday, Cherelle Griner told “CBS Mornings” that it was “very disheartening” not to have heard from Biden directly.

Cherelle Griner added: “It kills me every time that, you know, when I have to write [Brittney] and she’s asking, ‘Have you met with them yet?’ And I have to say no. ”

Rev. Al Sharpton, generally a staunch defender of Biden, is seeking the administration’s help in securing a clergy visit to see Griner in Moscow.

In an interview with this column, Sharpton said that he had spoken with Cherelle Griner both on the phone and on his radio show last week.

The basketball star’s wife, he said, felt that “from [Brittney’s] letters she seemed very stressed. She was concerned because she is in a jail where very few people speak English, so it is very hard for her to even communicate her needs. ”

Asked about the Biden administration’s response, Sharpton said, “I certainly think they could have done more. I think there has not been a lot of vocal support. I understand the sensitivities in these negotiations, but I think at some point, after four months, you have to raise the public outrage on this. ”

Griner, a center for the WNBA’s Phoenix Mercury, has been in detention in Russia since February, when authorities allege she was found to have cannabis oil in her luggage. She faces 10 years in prison if convicted in a trial that began last week and is set to resume Thursday.

Her plight poses several interlinked problems for the White House.

First, given the war in Ukraine, it seems highly implausible that Russian authorities will be inclined to release Griner for the sake of goodwill.

Second, the idea that Moscow might be able to use Griner as leverage to obtain the release of Viktor Bout, an infamous Russian arms dealer nicknamed ‘The Merchant of Death’ is unpalatable, both morally and politically. Bout was sentenced to 25 years on terrorism charges in a 2012 trial in New York.

Thirdly, there are particular sensitivities raised by the failure to obtain the release of Griner, a Black, gay woman.

On Monday, Griner’s head coach with the Phoenix Mercury, Vanessa Nygaard, told reporters: “If it was LeBron [James]he’d be home, right? ”

Above all, the continued failure of the Biden administration to obtain Griner’s release adds to the sense of powerless that has corroded the president’s standing on a number of other issues, from gas prices to inflation to the Supreme Court’s recent overturning of Roe v. Wade.

This does not mean the Democrats will lose the midterms because Biden can not free Griner. But her continued detention is another stone weighing down his political fortunes.

“Most people make their political decisions for different reasons than a very abnormal situation like the Brittney Griner crisis,” said Democratic strategist Joel Payne. “But given her status, it connects in a way that is particularly impactful on this president.”

Payne added: “It is part of a potpourri of other issues that amplify each other. It is a complicating issue for this White House. “

The White House is pushing back against the idea that the president lacks concern for Griner’s plight.

White House press secretary Karine Jean-Pierre told reporters Tuesday that she had been in Biden’s presence when he read Griner’s letter and that the president takes the star’s predicament “very personally.”

Jean-Pierre added that Griner’s situation was “a priority” for Biden and that the administration was going to “use every tool” to try to secure her release.

The press secretary also noted that senior members of the administration, including Secretary of State Antony Blinken and National Security adviser Jake Sullivan, had been in direct contact with Cherelle Griner.

Separately, State Department spokesman Ned Price said at his media briefing Tuesday that “we do engage regularly, if not daily, with Brittney Griner, her loved ones and her networks as well.”

Price said that while his department keeps relatives of people considered wrongfully detained updated on the “broad strokes” of administration efforts to secure their release, “it’s not something that we’re in a position to speak to publicly.”

To be sure, negotiations around such matters are often delicate and fraught.

The White House points to the April release of former Marine Trever Reed from Russian custody as evidence that its subtle approach can work.

Griner’s plight has also become intertwined with that of Paul Whelan, another American hero in Russia. Whelan was arrested in 2018 on spying charges, and convicted and sentenced to 16 years in prison in 2020.

The administration says it is working hard for the release of both people.

But that’s not how the public sees it – including even those sympathetic to the administration like Sharpton.

“It seems like there has been no aggressive move to get her free,” he told The Hill.

As long as that impression festers, it’s one more in a long list of troubles for Biden.

The Memo is a reported column by Niall Stanage. Laura Kelly contributed.