Tesla’s doing swell but not swell enough, Volkswagen is ditching one of its Russian plants and a few automakers want to go rallying, as long as rallying goes all-electric. All that and more in The Morning Shift for Wednesday, July 6, 2022.

Tesla built more cars last month than any month prior, which should be cause for celebration, for Tesla fans. And yet, it’s nowhere near where the company wants to be from a production standpoint – not with its “gigantic money furnace”In Berlin struggling to ramp up, and troubles in Shanghai as well. The EV maker will pause production at each for a considerable amount of time – two weeks in Germany and more than a month across the Model 3 and Y lines in China.

The goal in Berlin is to break and optimize things with an eye toward resuming activity before the end of July, so that Tesla can get closer to its goal of about 10,000 cars a week there. Right now it’s only executing at a rate of 1,000 cars, but then the plant is new, and ramp up takes time. From Automotive News:

The shutdown had been planned for a longer period, TeslaMag said. Previously, several media had reported on the plans.

Germany’s RBB broadcaster reported on Monday that the break, which will last until July 22, will allow production processes at the car factory to be optimized and readjusted.

The Bild newspaper cited the TeslaMag report as saying that part of the overhaul at the plant would concentrate on making sure car bodies only spend 30 seconds at each manufacturing station, instead of currently spending up to three minutes at each stage.

Tesla has said it wants to produce 500,000 cars a year in Grünheide. But so far, the plant is only producing 1,000 cars a week – about a tenth of the plan, Bild said, adding that it is unclear how many of the 4,500 employees will be sent on vacation and how many technicians will remain to reorganize production.

The issues are different in Shanghai. That plant is actually the company’s most productive, but COVID shutdowns have hampered it as of late. Tesla chose to address that in a predictable way – the way companies tend to when faced with a choice between their employees’ health and making less money:

The biggest blow to Tesla’s performance last quarter came from Shanghai’s weeks-long lockdown in response to a COVID outbreak. The company went to extraordinary lengths to reopen its factory there and keep it running, with thousands of workers sleeping on site to maintain partial production.

It was not the only company, let alone automaker, to give the Closed loop system a shot in China, for what it’s worth. Right now, someone somewhere is reading this and praising Elon Musk for adopting an inventive new way for workers to keep their jobs during the heights of the pandemic.

Meanwhile, China’s top EV maker just achieved a milestone – depending on who you ask, anyway. At 641,000 vehicles sold in the first half of 2022, its output has surpassed that of Tesla globally, which has churned out 564,000 cars. There’s an important distinction though, which I’ll let the folks at the Financial Times explain:

Many of BYD’s models are plug-in hybrid vehicles, which use a large battery in addition to a traditional engine for longer journeys, but are counted as “zero emission” vehicles under China’s sales rules.

In other words, BYD can parade having defeated Tesla in China, because China counts PHEVs as zero-emissions vehicles, the same way it counts cars that do not take gas at all. So it’s indeed premature to say another company has outsold Tesla on a battery electric basis.

At the same time, PHEVs are greatif very heavy – probably the most practical form of hybrid or electric car for the times in which we live – and they should probably get a little more attention than they do.

Volkswagen is exiting a plant in Russia, but not abandoning production in the country entirely. From Reuters:

Volkswagen Group will stop output in Nizhny Novgorod, Russia, where VW and Skoda cars were being assembled under contract with GAZ Group, a trade union said, citing the company’s message to the plant’s staff.

VW announced in March that production at its Kaluga and Nizhny Novgorod sites would be suspended until further notice amid Western sanctions, and vehicle exports to Russia would be stopped with immediate effect.

Citing VW’s announcement to the staff made on Tuesday, the Workers’ Association trade union told Reuters that the German company would end its operations in Nizhny Novgorod, about 430 km northeast of Moscow.

The reason for the move was a “lack of EU-produced parts, critically important components from Ukraine and lack of domestically made equivalents, disruption of logistics chains and inability to predict the terms and conditions of resumption of work,” chairman of the trade union Dmitry Trudovoy said, citing VW’s statement to its staff.

According to Trudovoy, assembly equipment and other machinery will be moved to VW’s Kaluga plant, which the automaker owns directly. VW employs nearly 4,200 workers at Kaluga.

GAZ will attempt to replace Volkswagen’s production in Nizhny Novgorod with other models. This is sort of what happened when Renault pulled out of Russia, and here’s how that turned out, courtesy NPR:

The French carmaker Renault, for example, had previously manufactured Lada cars at plants across the country through a partnership with a Russian state-owned manufacturing company. When Renault pulled out of Russia, the Russian government decided to nationalize the plants and produce the cars itself. Since it can no longer import foreign components, however, the Russian manufacturer has been forced to make cars that do not have automatic transmissions, anti-lock brakes or even airbags.

I know too many people that would risk serious injury in a motor vehicle accident in exchange for a manual transmission.

4th Gear: Rallying’s Getting Some Attention

Three brands – Alpine, Skoda and presumably one of the 20 that belong to Stellantis – are reportedly interested in joining Hyundai, Toyota and Ford (sort of) in the World Rally Championship. The only issue is that it seems their support is contingent on the WRC going full electric, which is not feasible right now as the series only just went hybrid for 2022. From Motorsport.com:

A meeting was held between a group of manufacturers and the FIA ​​at Rally Portugal in May to discuss the future pathway for the WRC. The Renault Group, in the form of Alpine, was in attendance with its Racing Expansion Projects director Davide Brivio on site. It appears for the French brand to commit the WRC would have to adopt full electric cars as its CEO Luca De Meo revealed in February.

“I am interested in exploring, it remains to be seen if we can find the right conditions to participate in the World Rally Championship, but I want to do it with an electric car, which is not possible nowadays,” said De Meo.

Something similar has happened in F1, where Audi and Porsche have dangled their involvement like a carrot on a stick to the FIA, in exchange for the category adopting regulations that satisfy their brand missions. As long as the proposed formula is sound from a competitive and technical perspective, it’s all well and good, and F1’s aim is to reduce power unit costs while also adopting synthetic fuels. The aim isn’t going all-electric yet, because it simply isn’t possible; at least Audi and Porsche seem to understand that. That’s more than can be said about the brands interested in the WRC, apparently.

Called the Michigan Electric Vehicle Center, it will be built at the school’s Ann Arbor campus. From Crain’s Detroit Business, via Automotive News:

The Michigan Electric Vehicle Center is expected to be built in collaboration with the state and university, according to UM spokesman Rick Fitzgerald.

“The creation of the Michigan Electric Vehicle Center will allow the state to leverage the existing resources at UM and the state’s other educational institutions to focus on the future of electric vehicle technology and workforce development,” Fitzgerald said in an email to Crain’s Detroit Business, an affiliate of Automotive News. “It will be designed to leverage existing facilities within or near the College of Engineering on North Campus.”

The project’s existence came to light Friday following Michigan lawmakers’ approval of a $ 77 billion budget that included $ 1 billion in earmarks. The largest appropriation – $ 130 million – was made for the new EV training center.

The appropriation will fund “the construction of and programming for” the center, which will be operated by the university, according to a copy of the bill.

“This state investment is critical to solidifying the leadership position of our state – and our nation – in the electric vehicle industry,” Fitzgerald said.

The timetable for production is still unclear, but this is probably something that should have happened a couple of years ago.

Reverse: When Are We Getting Another One of These

Today was not an especially notable day in automotive history according to my brief research, but it was the day that Sega Rally Online Arcade was released for the PlayStation 3 in the United Kingdom in 2011, per MobyGames. Sega Rally was the best, Sega should really make another. The company seems to have no interest in doing so, but thankfully an indie dev is trying their hand at it.

Today I thank Andy Kalmowitz for reminding me that the MotorWeek archives are all on YouTube. It’s a fact I regularly forget, but when something causes me to remember it I get really giddy. This must be how goldfish feel. Anyway, here’s a review of the first generation Dodge Viper as a coupe. 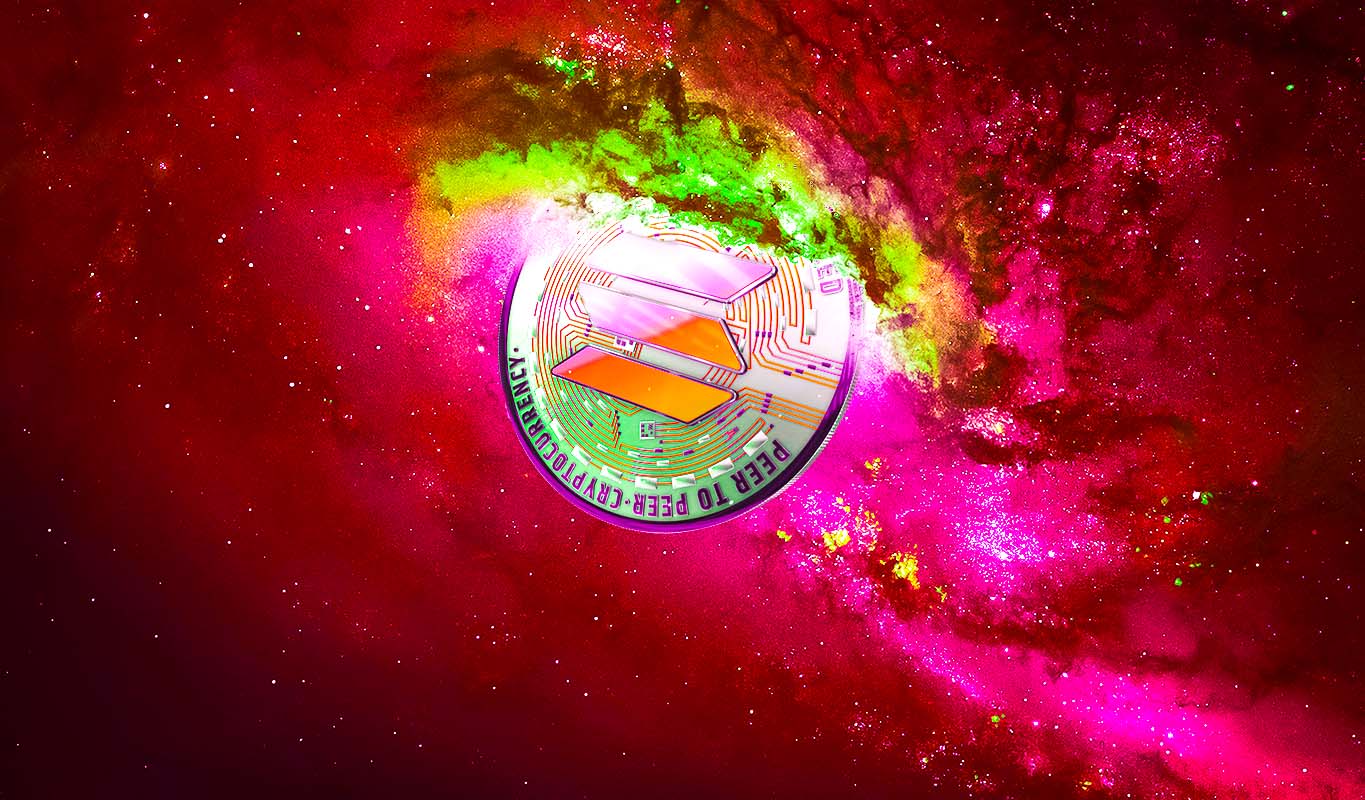 Top Ethereum Rival Could Explode by 100%, Beating Other Large-Cap Altcoins, According to Coin Bureau – Here’s Why