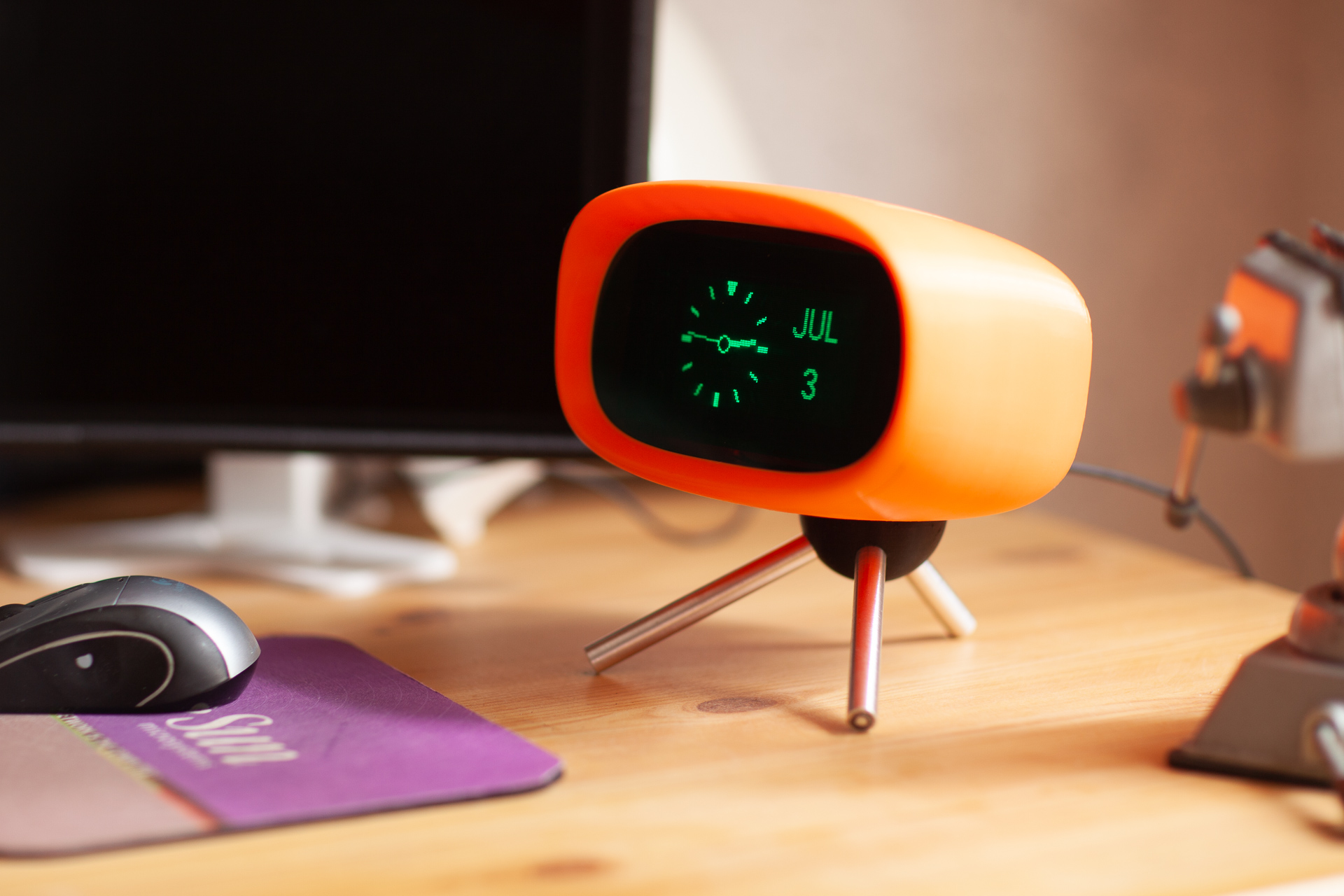 If you like the 1970s aesthetic but think bell-bottoms, big hair and psychedelic wallpaper are a bit too much in this day and age, you might want to have a look at [Pierre Muth]’s latest build, The Absurd Notifier. It’s a useful desk accessory that adds just a little bit of ’70s flair to your office: housed inside what looks like an orange TV standing on shiny metal feet is a little gadget that can tell you if you’ve got important email messages waiting or an appointment coming up.

[Pierre] built the system around a Garmin Vivosmart 3 smartwatch that he bought very cheaply because it had a broken display. The display’s pinout and protocol were of course undocumented, so [Pierre] hooked up his logic analyzer to try and figure out how it worked. It turned out to be a simple SPI setup, and with a bit of trial and error he was able to extract the images that the watch was sending out.

To replace the broken screen, [Pierre] turned to some 128 × 64 pixel VFD displays that he had left over from an earlier project. Their resolution was exactly the same as the Garmin’s original OLED display, but their interface was not: the VFDs expected 115k2 serial data. Programming a PIC microcontroller with an SPI port on one side and a UART port on the other made for a simple bridge between the two.

[Pierre] then designed and 3D printed a case reminiscent of a 1970s TV, with matching bright orange color. The end result is a funky little retro clock that shows notifications on a vintage green display. If you like desktop notifiers, we’ve seen several neat ones alerting their owners about things ranging from new YouTube subscribers to the ISS passing by.

Thanks for the tip, [Adrian]!