The Justice Department filed a lawsuit Tuesday challenging an Arizona law that requires voters in presidential elections to show proof of citizenship, setting up a fight over a provision similar to one the Supreme Court called unconstitutional in 2013.

State Republicans, who passed the new measure in March on a party-line vote, said the law is a safeguard against voter fraud, which supporters of then-President Donald Trump falsely claimed was a factor in him losing the state to President Biden in 2020 Arizona’s attorney general said in April that his office investigated allegations of voter fraud in the state’s largest county and found no evidence of any widespread irregularities that would have affected the presidential election.

Democrats have lambasted House Bill 2492 as another of the state GOP’s long-standing efforts to restrict voting and make it more difficult for some residents, including naturalized immigrants, to take part in elections.

The bill requires voters to provide proof of citizenship, such as a birth certificate, passport or naturalization papers, on a federal voter registration form. It also mandates that county officials cross-check voter registration rolls with citizenship records and disqualify those who are not listed as a citizen in the databases.

Democrats and voting rights experts have said the safeguards are not necessary, given the absence of evidence that significant numbers of noncitizens are trying to participate in US elections. Critics of the law also say it could disenfranchise tens of thousands of voters, especially those who are poor, since they may not have easy access to the proper documentation. Experts have said such requirements have had a discriminatory effect on communities of color and the poor.

Assistant Attorney General Kristen Clarke called the Arizona law, which is scheduled to take effect next year, a “textbook violation” of the National Voter Registration Act. “Arizona has passed a law that turns the clock back on progress by imposing illegal and unnecessary requirements that would block eligible voters from the registration rolls for certain federal elections,” she said.

Justice Department officials said the law flouts a 2013 Supreme Court ruling that struck down a similar attempt by Arizona to enact a proof-of-citizenship requirement. At that time, a majority of the court said the move violated federal statutes that do not require such documentation.

Whether a prospective voter is able to provide documentary proof, the lawsuit says, “is not material to whether that voter is qualified to vote by mail or in presidential elections.”

Arizona Republicans have said the law is not unconstitutional, arguing that the 2013 Supreme Court decision concerned congressional elections and did not specifically mention presidential contests. But the state legislature’s legal counsel warned lawmakers ahead of the bill’s passage that it could be illegal.

A spokesman for Gov. Doug Ducey (R) declined to comment, citing the pending litigation. When he signed the bill, he characterized it as a tool to address a rise of new voters participating in elections, saying there were more than 13,000 active registered voters who had not checked the box on the federal voter registration form attesting to their citizenship.

The sponsor of the Arizona law, Rep. Jake Hoffman (R), did not immediately respond to requests for comment. Hoffman is a Trump supporter who was among 11 state GOP lawmakers who sent a letter on Jan. 5, 2021, falsely declaring themselves as the state’s presidential electors. They asked then-Vice President Mike Pence not to accept electors from states won by Joe Biden during the congressional tally scheduled for the next day – the day when a mob of Trump supporters left a rally headlined by the then-president and breached the Capitol.

Attorney General Mark Brnovich (R) said in a written statement that he looked forward to defending Arizona’s election law in court. He characterized the Justice Department’s lawsuit as an effort to allow undocumented immigrants “a chance to vote.”

A statement issued by Secretary of State Katie Hobbs (D), who oversees the state’s elections, made clear her opposition to the bill since its introduction. In a March 24 letter asking Ducey to veto the measure, Hobbs wrote that it would create barriers for voters, violate “clearly-settled federal law” and lead to expensive litigation.

The fight over the measure comes as voters in Arizona are preparing to cast early ballots in a slew of races defined on the Republican side by lingering questions over the 2020 election and vows to crack down on potential fraud in the future.

At a recent campaign event east of Phoenix, one GOP Senate hopeful also called for new voter identification requirements, echoing Ducey’s concern about the thousands of people who fail to fill out the citizenship box on the federal voter registration form. 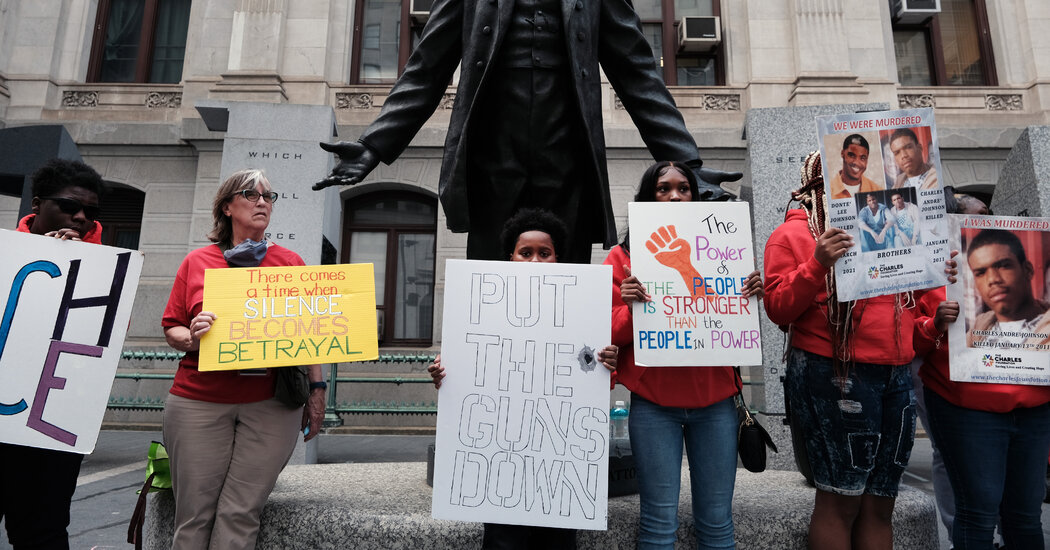