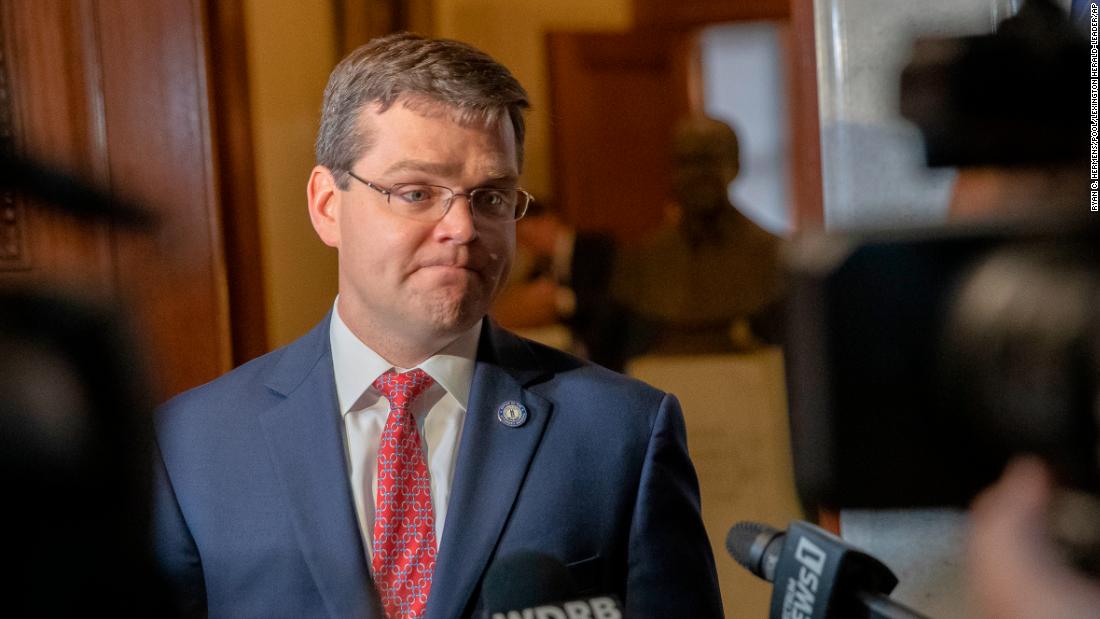 In an email dated June 23, White House aide Kathleen Marshall, who works in its office of intergovernmental affairs, wrote to Coulter Minix in Beshear’s office that Chad Meredith was “to be nominated tomorrow” to the U.S. District Court for the Eastern District of Kentucky . The subject line of the email read “Close hold,” and the body of the correspondence included a summary of Meredith’s resume.

On June 24, the Supreme Court rocked the nation by announcing its decision to overturn Roe v. Wade and eliminate federal abortion rights. CNN reported this week that White House counsel Dana Remus had assured senior aides that the ruling would not come on that Friday, amid Democrats’ growing frustration about perceived lack of urgency from the Biden White House following the Roe decision.

The new email from the White House dated June 23 stating that Biden planned to nominate an anti-abortion Republican to a lifetime appointment judgeship the following day – the day that the Roe ruling ultimately came out – appears to further bolster the idea that the White House did not anticipate Roe to be overturned that Friday.

The Courier Journal first reported on the emails between the White House and Beshear’s office.

While the White House has not confirmed its intent to select Meredith, the nomination has been described by people with knowledge of the matter as part of a potential deal with US Sen. Mitch McConnell of Kentucky, the chamber’s top Republican.

For Biden, any deal could clear a path for some of the dozens of nominees currently held up in the Senate just months before the midterm elections. As Democrats continue to struggle in polling, White House officials have started to plan for the possibility of Republican takeovers in the House and, potentially, the Senate – something that would throw a major roadblock in front of any future Biden nominees.

Deals for judicial nominees aren’t new – the realities of the Senate have required them for Biden’s predecessors – and no Republican takes more interest in the federal judiciary than McConnell.

Meredith has ties to McConnell-world beyond just the shared home state. He worked for Kentucky Attorney General Daniel Cameron, a former McConnell staffer considered a rising star in the Republican Party.

Meredith also clerked for Amul Thapar, a federal appeals court judge who has long had McConnell’s support. McConnell pushed Thapar as a potential Supreme Court nominee during the Trump administration.

In another email dated June 29, also obtained by CNN via an open records request, Marshall wrote to the same aide in Beshear’s office: “Coulter – Sorry for not including this in the original e-mail but I wanted to clarify that the e -mail I sent was pre-decisional and privileged information. Please let me know if you have any questions. ”

Meredith has not yet been nominated.

CNN previously reported on Biden’s intention to nominate Meredith to the federal judgeship. Beshear, a Democrat, strongly criticized Biden, saying in a recent news conference: “If the President makes that nomination, it is indefensible.”

Meredith, who also previously worked as then-Kentucky Republican Gov. Matt Bevin’s deputy counsel, defended a state law that requires doctors performing abortions to first perform an ultrasound and describe the image on the monitor to the patient.

“Chad Meredith should not be nominated for a lifetime judgeship. This is unacceptable at any time, but especially on the heels of six Supreme Court justices taking away a fundamental right from millions of people,” a group of organizations including Planned Parenthood and NARAL Pro -Choice America said in a joint statement Tuesday.

White House press secretary Karine Jean-Pierre received multiple questions at the briefing about reports of Biden’s intent to nominate Meredith on Tuesday, and insisted the White House does not comment on any judicial vacancies.

When asked more broadly whether Biden would ever appoint a judge who does not support abortion rights to the federal bench, Jean-Pierre said that was a “hypothetical” scenario that she could not speak to.

Pressed on whether that would be a litmus test for Biden, Jean-Pierre repeated: “All I can tell you is that we do not normally speak on vacancies that – where we have not made a decision yet, whether it’s on the judicial level or the executive branch. “