LONDON – British Prime Minister Boris Johnson on Wednesday was fighting for his political life as more ministers and aides continued to quit his government and a former top Cabinet minister delivered a blistering critique on Johnson’s leadership.

Johnson was trying to move on from the dramatic events on Tuesday, which saw the bombshell resignations of two of his most senior Cabinet ministers – Chancellor Rishi Sunak and Health Secretary Sajid Javid – both of whom have their own power bases in the party and are thought to be future leadership contenders.

Johnson’s effort to quickly fill the top roles did not stem the tide of further – albeit more junior – resignations. Over a period of 24 hours, at least 21 Conservative politicians resigned from their posts in protest over Johnson’s leadership.

The resignations, which have followed a string of scandals, have prompted numerous questions: How long can Johnson survive? Is this the endgame for Johnson? Is there any way to oust him?

At a fiery session of the weekly Prime Minister’s Questions, Johnson dismissed those calling for his resignation.

Asked by a fellow Conservative if there were any circumstances under which he should step down, Johnson said he would quit if the government could not go on. “Frankly, the job of a prime minister in difficult circumstances when you have been handed a colossal mandate is to keep going, and that’s what I’m going to do.”

In a sign of the mood of the session, at one point a group of opposition Labor Party lawmakers waved at Johnson, shouting, “Bye.”

Javid, the former health secretary whose resignation led the exodus, delivered a searing critique of the prime minister, telling Parliament that “treading the tight rope between loyalty and integrity has become impossible in recent months.” He said that late last year, he was told by senior figures that no parties had taken place at Downing Street during pandemic lockdowns. A police investigation into “Partygate” ended with 126 fines, including one for Johnson.

Javid added that “this week again, we have reason to question the truth and integrity of what we have all been told,” he said, referring to a separate scandal involving Chris Pincher, who had recently quit as deputy chief whip following accusations that he assaulted two men while drunk. Downing Street initially said Johnson was not aware of any previous allegations of misconduct when the prime minister gave Pincher a key government post, but then later backtracked to acknowledge that Johnson knew about an investigation that upheld similar complaints in 2019.

“The problem starts at the top,” Javid said.

As Javid was speaking, another minister quit.

The majority of the British public think Johnson should throw in the towel. A YouGov poll published on Tuesday found that 69 percent of Britons said Johnson should resign – including a majority of Conservative voters (54 percent).

Only 18 percent of the British public say Johnson should stay.

Johnson has made it clear that – if it’s up to him – he’s going to stay where he is. And under the current Conservative Party rules, there’s no formal way for Johnson’s critics to quickly get rid of him. Since Johnson survived – narrowly – a no-confidence vote from his party last month, he is officially insulated from additional party challenges for a year.

Rob Ford, a politics expert at the University of Manchester, drew parallels to 2016 when, following the Brexit vote, there were mass resignations from the opposition Labor Party’s shadow Cabinet aimed at pressuring out Labor leader Jeremy Corbyn. While some leaders may have read the room and decided to call it quits, Ford said, Corbyn did not and remained leader until the spring of 2020.

“Likewise, with Johnson, there is widespread opposition to his leadership. You got a leader who will not bow to informal pressure to go, and the only formal mechanism you have is not available. So you’re in a limbo state, ”Ford said.

Boris Johnson survives but is weakened by no-confidence vote

There has been much talk in recent days about how party rules could be changed. And in the coming days, Conservative lawmakers will elect new members of the powerful 1922 Committee, which makes the rules. Some of those campaigning for roles have suggested they would support allowing another vote of no confidence.

In the meantime, the number of resignations, including from former loyalists, continued to climb. Analysts say Johnson is lucky insomuch as the stated reasons for lost faith seem to be varied – his critics aren’t coalescing around a single issue, the way that those who helped to get rid of Theresa May, Johnson’s predecessor, did when they ditched her .

Ford said that while Johnson could limp on until such time as another confidence vote is held, the chances of him leading the Conservative Party into the next general election, scheduled for 2025, seemed slim.

“At the very least, another confidence vote becomes possible 11 months from now. What exactly will change between now and then to regain confidence in Johnson? ” Ford asked. “At this point, I think it would take something close to a biblical miracle. Nothing can be ruled out with the luckiest politician in British politics but it would take something extraordinary. ” 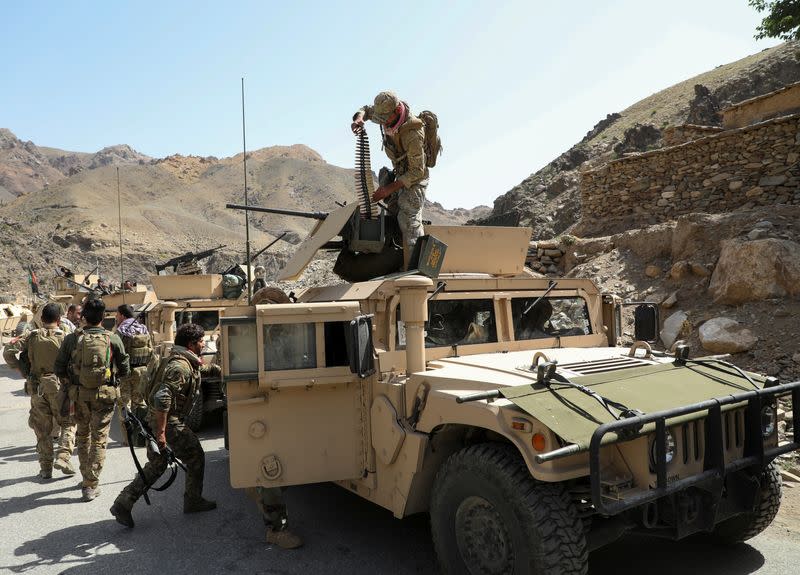