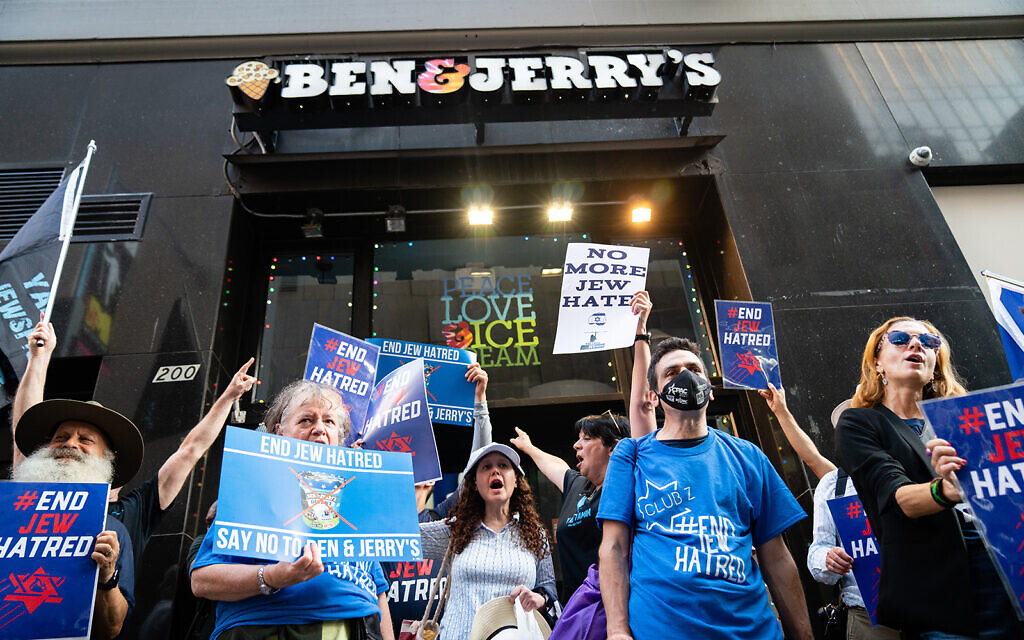 The fallout from an attempt by ice cream maker Ben & Jerry’s to boycott the West Bank will have a chilling effect on other corporations that may consider supporting efforts to economically isolate Israel, an activist investor predicted this week.

Michael Ashner, a longtime corporate activist who bought a stake in parent company Unilever after the boycott announcement and led a group opposed to move, said other conglomerates should take heed of the repercussions suffered by the UK conglomerate since Ben & Jerry’s announced a boycott of the “Occupied Palestinian territories” last year.

The move triggered massive financial blowback for Unilever, as a number of US states enacted laws requiring them to divest from companies that boycott Israel. The Securities and Exchange Commission also launched an investigation into Unilever’s response to the boycott. Ben & Jerry’s made the boycott decision independently from Unilever, which it was able to do under its acquisition agreement with the corporate behemoth.

On Wednesday, Unilever and Ben & Jerry’s Israel announced a deal resolving a federal court case filed by the Israeli vendor that produces and distributes Ben & Jerry’s in the country. The agreement grants the Israeli licensee independence to continue operating in Israel and the West Bank, essentially quashing the boycott.

“Other multinational companies will think twice before engaging in BDS activities in the future. That’s the lesson from this, ”Ashner told The Times of Israel on Thursday.

Ashner has a history of corporate activism with the Winthrop Capital Partners investment group in New York. He said he saw the boycott as a threat to the Jewish state, a place the US-based investor feels connected to.

“If multinational companies could start cutting off Israel because of BDS, that was as dangerous to the existence of Israel as Iran. It’s a very bad, slippery slope, ”he said. “The first and loudest to do it was Unilever and somebody had to confront Unilever, not just because what Unilever was doing was wrong, but to send a message to all the other multinationals that this is not a good idea.”

Shortly after the Ben & Jerry’s boycott announcement, Ashner acquired an undisclosed stake in Unilever, and began pressuring the board and pushing for legal action in the US. He formed an organization called the Coalition to Hold Unilever Accountable with a number of law firms, lobbying groups and scholars.

Ben & Jerry’s is a wholly-owned subsidiary of Unilever, despite its board’s independence on some matters. Unilever is a UK-based conglomerate, and one of the largest consumer goods companies in the world, with some 400 brands and a market value of around $ 116 billion. 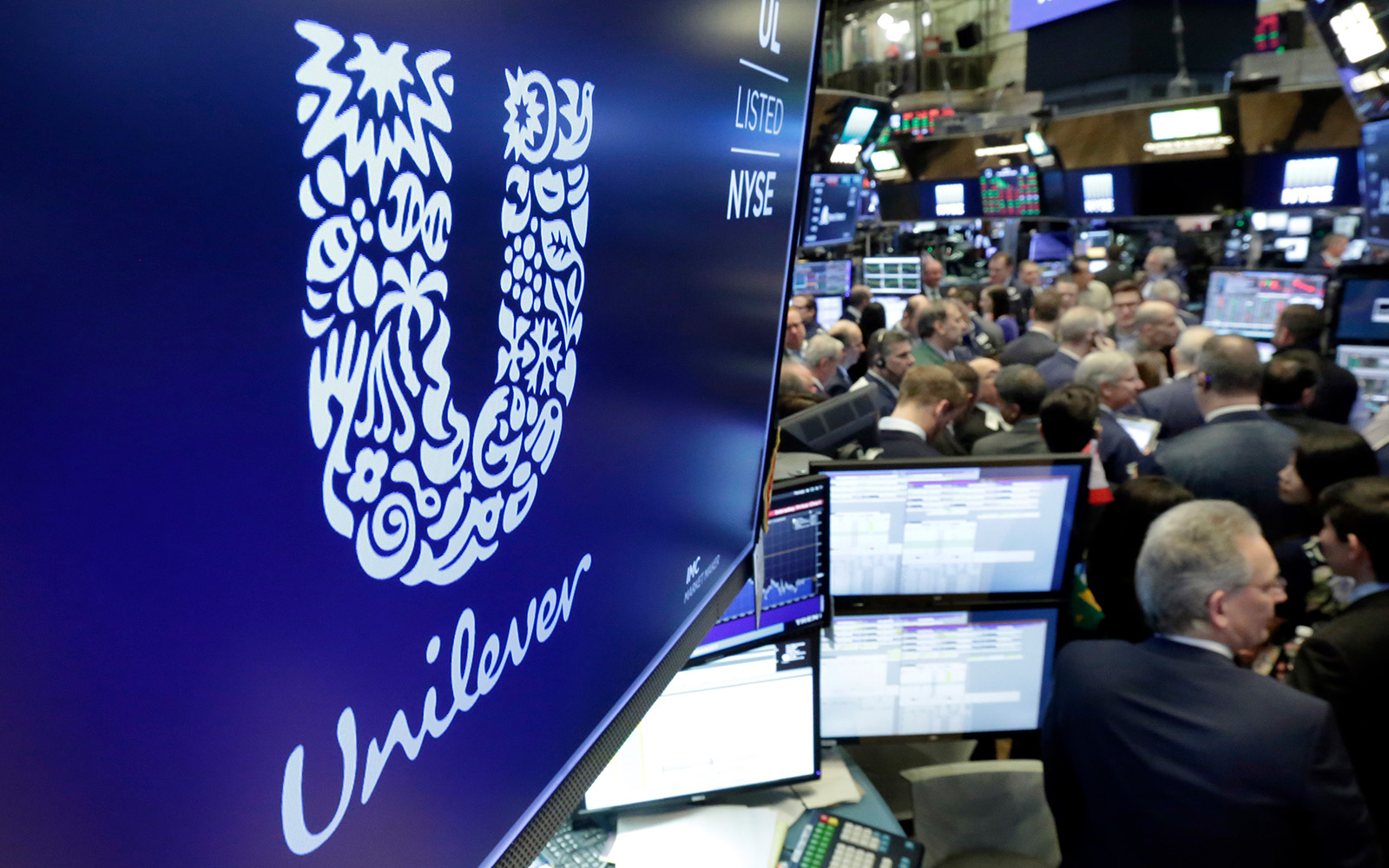 The Unilever logo above a trading post on the floor of the New York Stock Exchange, March 15, 2018. (AP Photo / Richard Drew, File)

They wanted to send the message that the repercussions would be severe from a financial perspective, a corporate standpoint and for the company’s shares.

“It was not over ice cream. What if Nestle decided to cut Israel off? What if Nike, all these other companies? What would that do to Israel’s standing in the world? What would it do to it economically? ” Ashner said.

The group started pressuring US states to go through with laws requiring them to divest from companies that support BDS. A number of states pulled close to a billion dollars from Unilever, and the company’s value plummeted over $ 20 billion in the months after the boycott announcement, at a time when the market was on the rise. Over 30 states have anti-BDS legislation and 12 state attorneys general and treasurers from seven states also called on Unilever to reconsider the boycott.

Separately, Ashner and his partners also pushed the Securities and Exchange Commission to investigate Unilever, claiming the company did not properly disclose to investors the risks stemming from the boycott.

Four US House Representatives signed onto a letter to the SEC, including New York’s Ritchie Torres and Josh Gottheimer, from New Jersey, where Unilever’s US headquarters is located. Ashner warned Unilever of the SEC response in correspondence with Unilever’s leadership that was viewed by The Times of Israel.

On another track, Ben & Jerry’s Israel and its owner, Avi Zinger, sued Unilever in US federal court in New Jersey, saying the company was violating US and Israeli laws and illegally terminating their business relationship. The dispute ultimately came to a close when Zinger and Unilever resolved that case this week.

“This case became about so much more than just Avi Zinger. This became a case really for the Jewish people at large, ”said Alyza Lewin, president of the Louis D. Brandeis Center for Human Rights Under Law, which represented Zinger. “It was a case that they all felt like a people, so what it did was it motivated people from far and wide to step up and do whatever they could do.”

Ashner said Unilever will likely change its business approach going forward. The company has a progressive corporate ideology, with commitments to causes including the environment, nutrition and living standards. Ben & Jerry’s has long pitched itself as a liberal, activist company, and when Unilever acquired the ice cream maker in 2000, it allowed Ben & Jerry’s board to make those decisions independently. Unilever long maintained it had no control over the boycott decision. 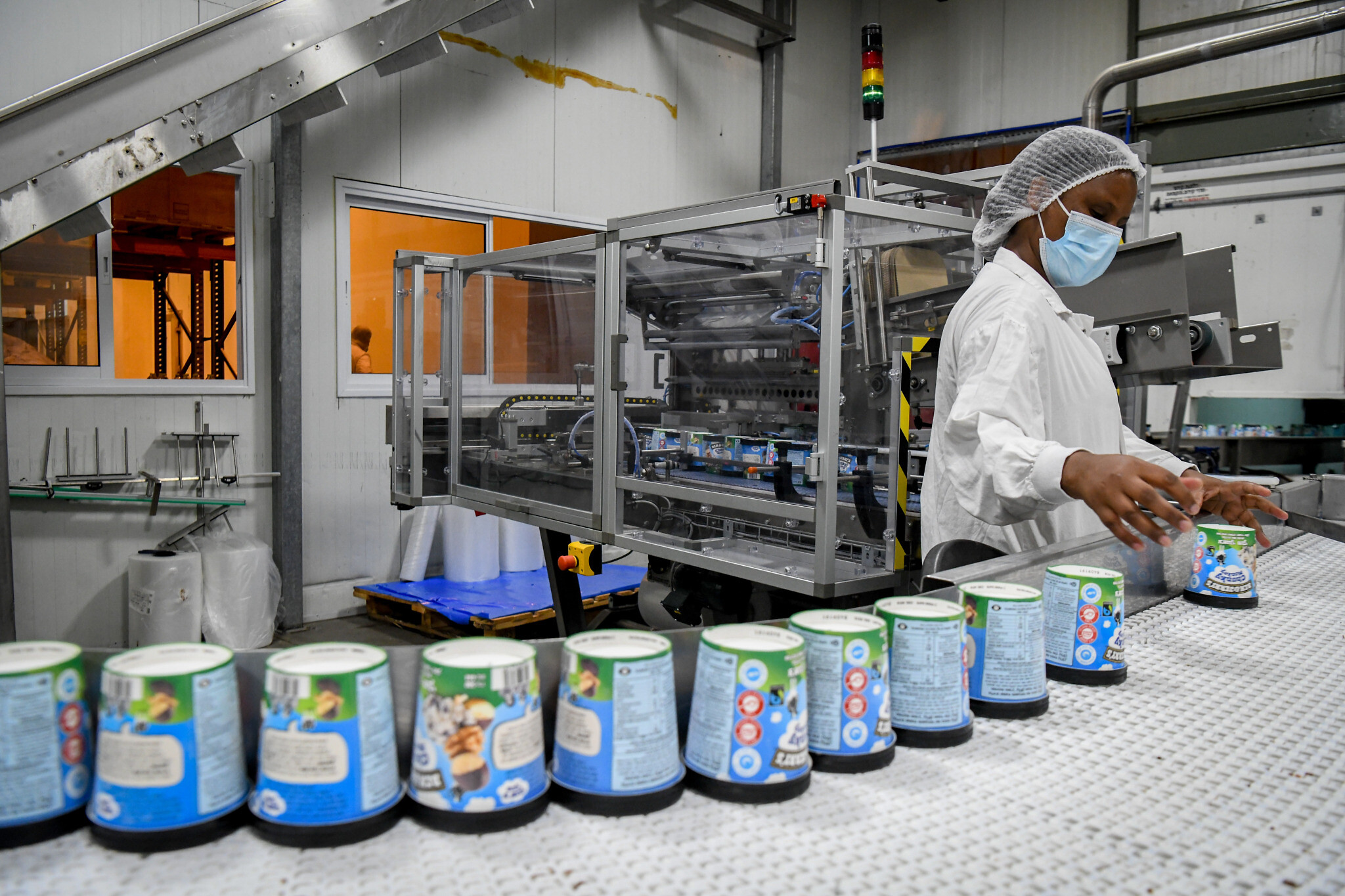 “I think they’re going to have to modify their business model,” Ashner said of Unilever. “Shareholders want profitable companies that are non-controversial. They’re not here to buy into investing controversy like this. ”

He said prominent investor Nelson Peltz joining Unilever’s board in late May was likely a step in that direction, that the firm was under pressure on other issues and that it had reached out to states that had divested, because many may be able to reverse the move .

He gave Unilever credit for the agreement announced Wednesday, but said the “real hero” was Zinger, who inadvertently became a face in the struggle against BDS.

“I think Unilever believed that it was just going to go away and it would be able to deal with Avi in ​​a quiet matter and it did not go away,” Ashner said. “He dug his heels in and stayed the course all the way through and I think, in his own way, he’s heroic for what he did.”

Under the terms of his deal with Unilever, Zinger has independence to produce and sell Ben & Jerry’s products in Israel and the West Bank in perpetuity. He has the exclusive rights to the Hebrew and Arabic branding, but will cease using the English logo.

Ben & Jerry’s said it did not agree with the decision and will no longer profit from ice cream sales in Israel or the West Bank. 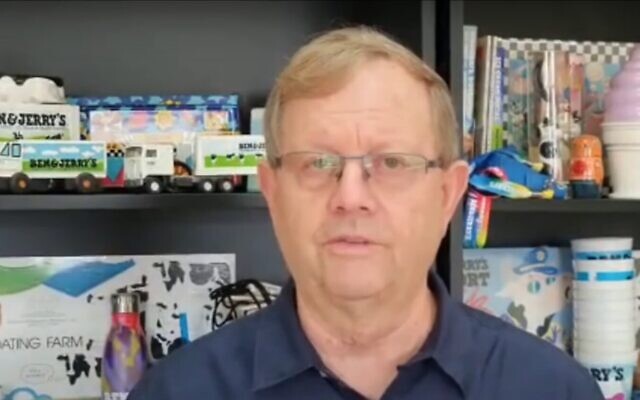 The BDS movement said Thursday that Unilever had “succumbed to bullying” and that the agreement was “further implicating the company in Israel’s decades-old system of oppression against Palestinians.”

Ashner and his family have previously been involved in philanthropy in Israel and founded the Beit Ruth therapeutic school for vulnerable women and girls in Afula.

The dispute began after last year’s May war between Israel and Gaza terror groups, when Ben & Jerry’s said it would no longer allow its ice cream to be sold in Israeli settlements, and also appeared to refer to East Jerusalem. The boycott announcement came after a heavy pressure campaign from anti-Israel and progressive activists. The decision sparked uproar in Israel and among some US Jewish groups, many of whom called it antisemitic, since the company has no boycotts against any other area of ​​the world.

Zinger and his company refused to comply. Their license to sell the ice cream was set to expire at the end of 2022, meaning the boycott had not yet come into effect.

Critics of the attempted West Bank boycott note that Ben & Jerry’s allows its products to be sold in states with atrocious human rights records, including Russia, Saudi Arabia, Syria, Iran and China. The company has not taken action regarding other disputed territories including Tibet, Crimea, Western Sahara and Kashmir.

Supporters of the boycott Israel movement say that in urging businesses, artists, and universities to sever ties with Israel, they are using nonviolent means to oppose unjust policies toward Palestinians. Israel says the movement masks its motives to delegitimize and destroy the Jewish state. 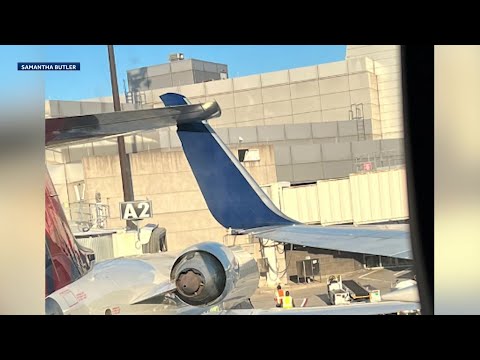