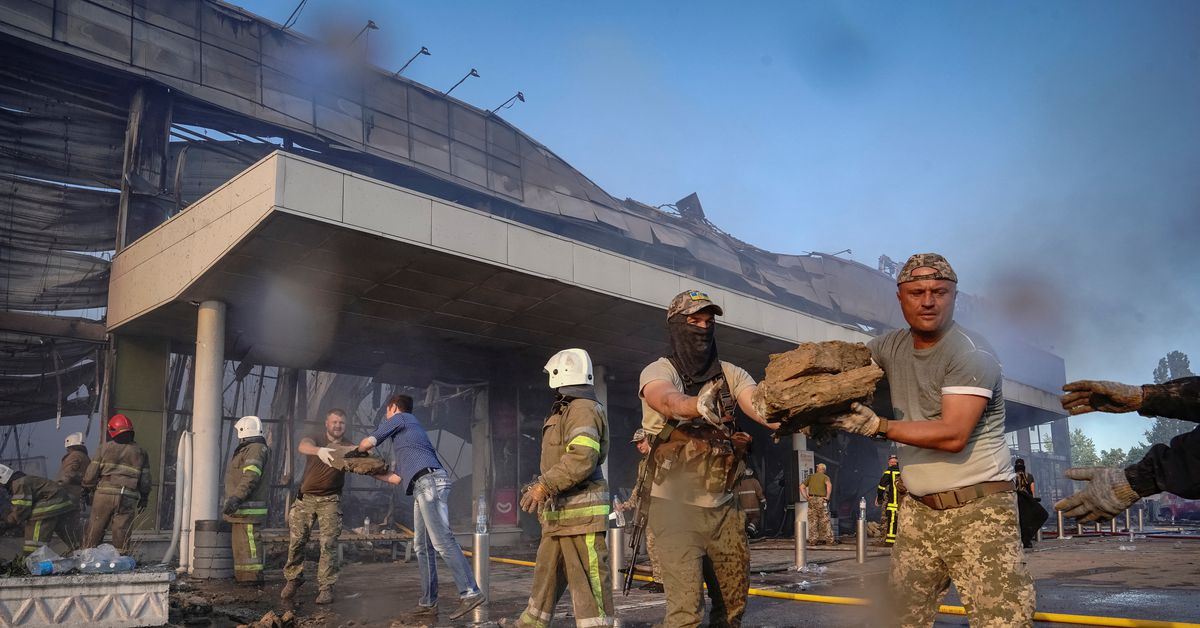 GARMISCH-PARTENKIRCHEN, Germany, June 28 (Reuters) – G7 leaders urged China on Tuesday to use its influence with Russia to stop its invasion of Ukraine and drop “expansive maritime claims” in the South China Sea, in unprecedentedly tough criticism of Beijing’s policies and human rights record.

They called on China to press Russia to pull forces out of Ukraine immediately and unconditionally, citing a ruling by the International Court of Justice that Moscow suspends its military operation, and related UN General Assembly resolutions.

China says sanctions on Russia cannot resolve the Ukraine crisis and has criticized the United States and its allies for supplying arms to Ukraine.

“G7 countries only make up 10% of the world’s population. They have no right to represent the world or to think their values ​​and standards should apply to the world,” Chinese foreign ministry spokesman Zhao Lijian told a press briefing on Wednesday, when asked about the G7 communique.

In the communique, concluding their three-day summit in the Bavarian Alps, the Group of Seven rich industrial democracies took aim at what they called coercive Chinese non-market policies that distorted the global economy.

The Chinese section of the communique, highlighted by the United States, referred to China’s “non-transparent and market-distorting interventions” and other forms of economic and industrial directives.

The G7 leaders are committed to working together to ensure a level playing field for their businesses and workers.

The communique further voiced serious disquiet about the situation in the East and South China seas and unilateral attempts to change the status quo by force or coercion.

“We stress that there is no legal basis for China’s expansive maritime claims in the South China Sea,” it said.

It also the G7 was now “gravely concerned” – a term not used in their summit a year ago – about the human rights situation in China, including forced labor in Tibet and Xinjiang. China should also honor its commitments to uphold rights, freedom and a high degree of autonomy in Hong Kong, they said.

A NATO summit starting immediately after the G7 summit will tackle China’s deepening ties with Russia since Moscow’s invasion of Ukraine and what is seen as Beijing’s growing inclination to flex geopolitical muscle abroad. read more