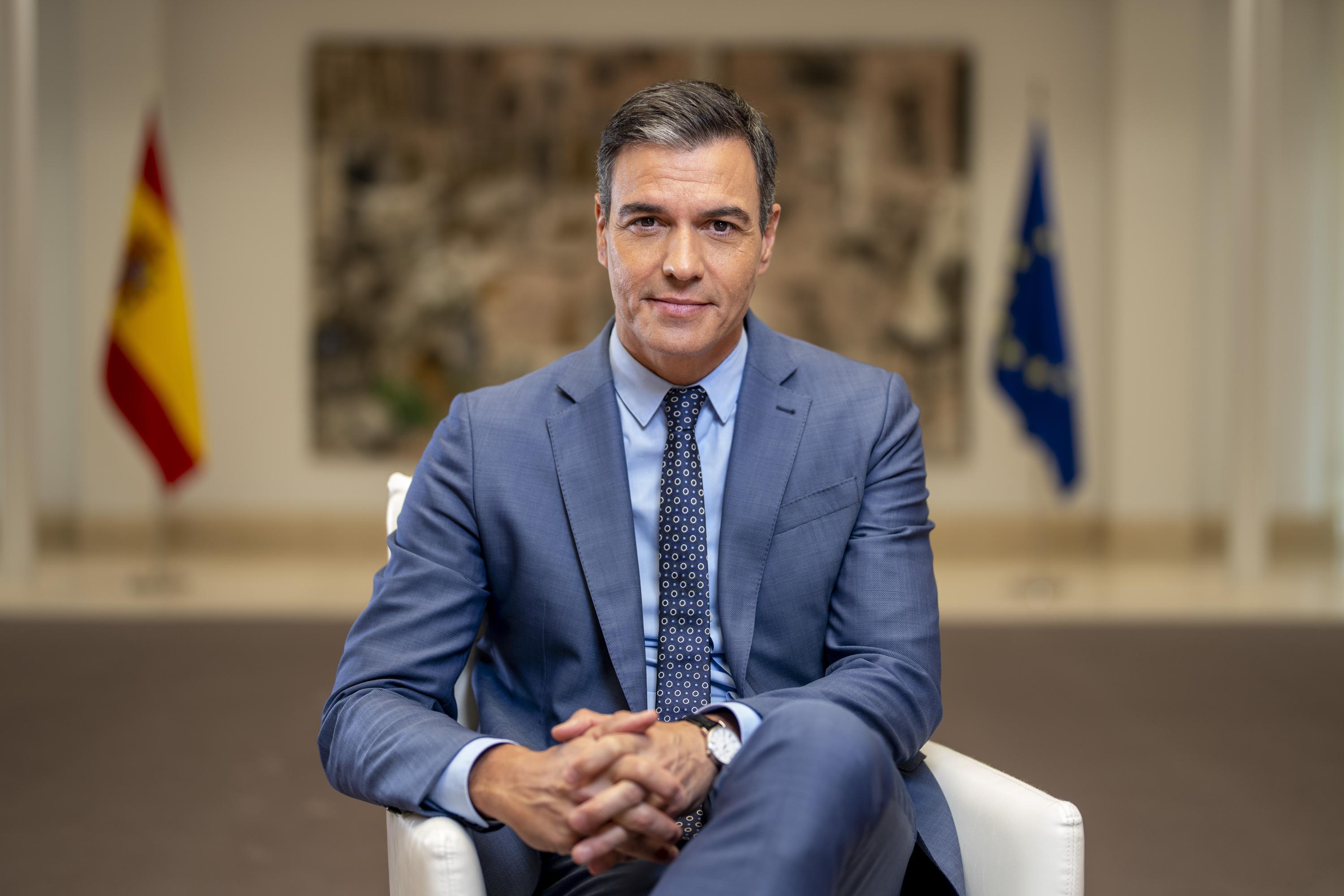 MADRID (AP) – Spanish Prime Minister Pedro Sánchez said the NATO summit in Madrid this week aims to showcase the Western allies’ united front in defense of democratic values ​​in the face of Russia’s invasion of Ukraine, while increasing the bloc’s deterrence capabilities.

In an interview with The Associated Press a day before the summit begins Tuesday, he reiterated that the alliance would not tolerate any territorial aggression against its members.

“We have to transmit a message of deterrence, that we are ready to defend every inch of allied territory,” Sánchez said.

Russian President Vladimir “Putin is not just invading Ukraine. What he wants is to destabilize, weaken the security, the prosperity of Europe. ”

Speaking at the palace that hosts the prime minister’s office and residence in Madrid, Sánchez said the chief aim of the NATO summit was to send “a message of unity in line with democracy, security, international order, based on rules that, unfortunately, Putin and the Russian Federation have blown to smithereens with the invasion of Ukraine. ”

A key issue will be boosting NATO’s military presence on its eastern flank, as well as satisfying Spain’s demand to not ignore budding threats on the southern fringe of the alliance, especially from unstable African areas such as the Sahel.

NATO Secretary-General Jens Stoltenberg said Monday the alliance will increase the size of its rapid reaction force to 300,000 troops. The force currently has about 40,000 soldiers.

Stoltenberg also said the allies will discuss how to respond to the growing influence of Russia and China in NATO’s “southern neighborhood.”

The Madrid summit, which opens with a state dinner Tuesday followed by discussions on Wednesday, was announced a year ago with eyes set on a new “Strategic Concept,” the once-in-a-decade renewal of vows by NATO members that outlines the threats to the alliance and its response.

But after Moscow launched its Feb. 24 invasion of Ukraine, a key issue has become Finland and Sweden’s ending of their non-aligned and neutrality stance to apply for NATO membership, something that has greatly irked Russia.

NATO’s proclaimed unity is being put to test on the issue, as Turkey, which has the second-biggest army in the alliance after the United States, is looking for guarantees from Finland and Sweden regarding Kurdish groups that Ankara regards as terrorists.

The leaders of the three countries announced they would hold a special meeting Tuesday in Madrid.

“The incorporation of Finland and Sweden, before or after, will be made possible,” Sánchez told the AP. “We would like it to be in the Madrid summit, I do not deny it but, obviously, if it’s not the case, the talks will continue.”

Sánchez, a Socialist politician who has led Spain’s first national coalition government since early 2020, is facing criticism from Unidas Podemos (United We Can), a far-left party that holds five of the 22 seats in the Cabinet, for its backing of NATO’s military commitment to Ukraine.

Some United We Can members have said they will not back Spain’s national budget next year if it increases military spending while Spaniards grapple with runaway inflation and other economic hardship.

Without specifying a timeframe, Sánchez said Spain was committed to increasing its defense budget from just over 1% of GDP – the second-lowest share of all European NATO members – to the 2% committed by all allies “in the next decade.”

Two of the most-watched items at the summit will be Russia and China when it comes to NATO’s new strategic roadmap for the next 10 years.

Sánchez said the “Strategic Concept,” which was last updated in Lisbon in 2010, will see Russia transformed from being considered a NATO partner to becoming “the principal threat to the security of the Atlantic Alliance.”

Regarding China, Sánchez said that Beijing “represents a challenge that also offers opportunities for collaboration,” indicating that Spain does not support classifying Beijing’s assertiveness as a threat, as some allies may want.

Pressed by the global disruption the Ukraine war is unleashing on energy and food supplies and the prospect of a serious recession, some European leaders have started to call for a negotiated end of the war, even if that involves territorial sacrifices by Ukraine.

But Sánchez steered clear of supporting those calls.

“It’s a decision that Ukraine must take, not us,” he said.