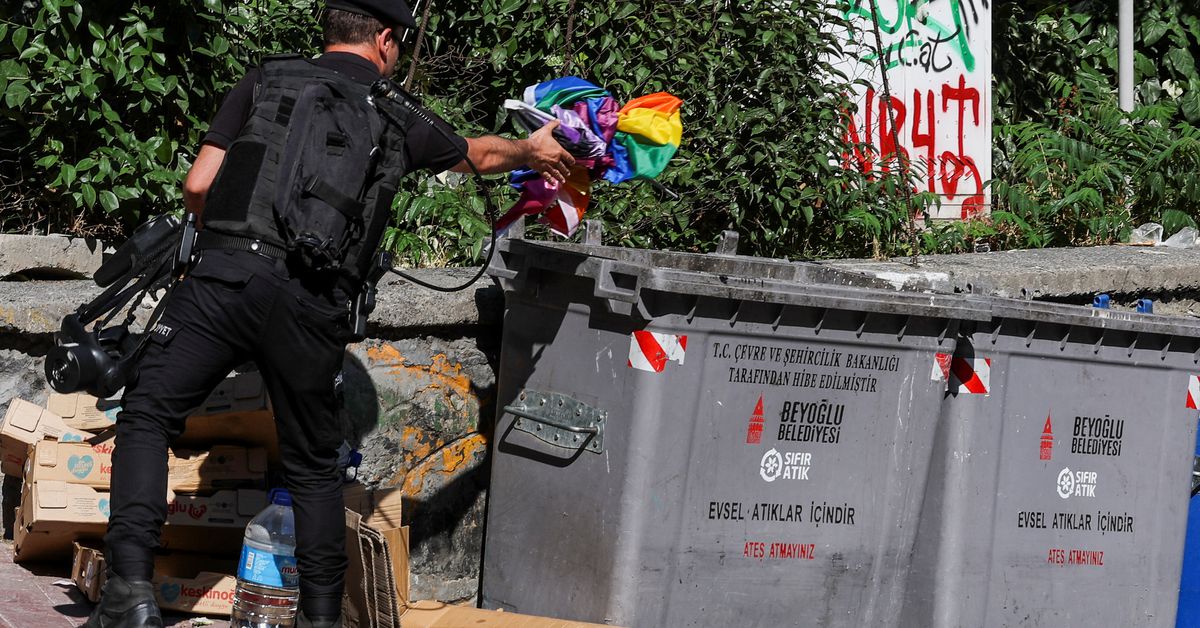 ISTANBUL, June 26 (Reuters) – Turkish police blocked hundreds of people from gathering for Istanbul’s annual Pride parade on Sunday and detained dozens after local authorities banned the march from going ahead again this year.

Thousands of people used to attend Pride marches on Istanbul’s main Istiklal Avenue but in recent years the government led by President Tayyip Erdogan and his Islamist-rooted AK Party has toughened its stance on LGBTQ + freedom.

Homosexuality is not a crime in Turkey, but hostility to it is widespread and the police crackdown on the parades have been increasingly tougher over the years.

On Sunday, police in riot gear prevented access to Taksim Square and blocked many streets in the nearby Cihangir neighborhood, where people tried to convene. Public transportation in the area was also shut down.

Local authorities in the Beyoglu district banned all Pride Week events between June 20-26, saying they could lead to public unrest due to society’s sensitivities.

A Police officer throws a rainbow flag in a dustbin as activists try to march in a pride parade, which was banned by local authorities, in central Istanbul, Turkey June 26, 2022. REUTERS / Umit Bektas

Small groups of people carrying rainbow and transgender flags gathered briefly where they could on Sunday and chanted slogans before police dispersed and chased them through the streets, forcibly detaining some.

“Discrimination is a crime, the rainbow is not,” one group chanted, while some others read statements to mark Pride week.

Students from the Middle East Technical University in Ankara were prosecuted for attending Pride marches in universities but were acquitted.

A trial against Istanbul’s Bogazici University students over an image that combined Islamic imagery and rainbow flags displayed during an art exhibition on campus is ongoing.