Juul, the once-booming Silicon Valley start-up widely blamed for igniting the youth vaping epidemic, was grounded Thursday by federal regulators who ordered all of its e-cigarette products off the market, a move they blamed on “inconsistent and conflicting data” on safety.

The Food and Drug Administration said it was denying Juul’s applications to continue selling the company’s e-cigarette device and prefilled cartridges in menthol and tobacco flavors. The big surprise was the reason: Rather than focusing on youth use, the agency said the company failed to provide sufficient information proving the products were safe – for people of any age.

The agency said some of the company’s study findings raised concerns about possible damage to DNA and “potentially harmful chemicals leaching” from the prefilled cartridges that contain liquid nicotine, flavorings and other chemicals.

“It’s about anybody who would use the product and potential safety issues that the company failed to adequately address,” said Mitch Zeller, former director of the FDA’s Center for Tobacco Products.

In the FDA’s statement, Michele Mital, acting director of the FDA tobacco center, said Juul was given an opportunity to respond to the agency’s questions but “instead left us with significant questions. Without the data needed to determine relevant health risks, the FDA is issuing these marketing denial orders. ”

In a statement, Joe Murillo, Juul’s chief regulatory officer, said the company disagrees with the FDA and would appeal the decisions. Murillo said it has “provided sufficient information and data based on high-quality research” to address issues raised by the agency.

Murillo said the firm would seek a stay of FDA decisions and is exploring “all of our options under FDA’s regulations and the law, including appealing the decision and engaging with our regulator.”

Juul has several options in responding to the FDA. The company could start by filing an appeal within the agency and requesting a stay while the matter is pending. It also could sue the FDA in federal appeals court.

The FDA said it will closely monitor Juul distributors and retailers to ensure sales are halted. If the products are not removed from the market, the agency may issue warning letters, impose fines or conduct seizures.

The agency said it has not received information to suggest consumers who use Juul products face an immediate hazard.

The FDA decisions are part of a campaign to review e-cigarettes to ensure they are “appropriate for the protection of public health.” That means a product must be more likely to help adults quit smoking than to entice young people to start vaping – and potentially get addicted to nicotine. Although the youth-vaping aspect has gotten the most attention, the agency reviews also are designed to ensure the products are safe for adults.

On July, “there were clearly questions and concerns raised in the agency’s mind that the company was unable to resolve,” Zeller said. He added his comments were based on the agency’s statement and not information he received while at the FDA.

The rejection of Juul’s applications is a stunning blow for a company whose popularity skyrocketed after its 2015 introduction of a sleek vaping device – which looked like a flash drive – and prefilled nicotine pods in flavors such as creme brulee, mango and cucumber.

Juul’s innovative approach, touted in early marketing videos featuring young models partying and puffing on e-cigarettes, revolutionized the sleepy vaping industry. But it also prompted a fierce backlash from parents and regulators, who blamed the company for igniting a surge in teenage vaping. In response, the company ultimately took all of its flavored prefilled pods – except for tobacco and menthol – off the market.

Because the decision was based on safety reasons, Myers said, it does not address Juul’s role in driving the youth vaping epidemic and “the continued role of flavored e-cigarettes, including menthol-flavored products sold by Juul and other manufacturers, in sustaining youth e-cigarette use. ” He called on the FDA to deny applications for all flavored e-cigarettes, including other menthol-flavored products and the disposable vapes that have become increasingly popular with young people.

Gregory Conley, president of the American Vaping Association, asserted on Twitter that the Juul decisions were “manufactured” and “complete nonsense.”

Even some anti-tobacco advocates wondered whether the FDA move went too far.

“Given the political pressure brought to bear by tobacco-control groups, parent groups and members of Congress to ban Juul, one wonders whether this decision was solely based on safety,” said Clifford E. Douglas, director of the University of Michigan’s Tobacco Research Network and former vice president for tobacco control at the American Cancer Society.

He said that while Juul was “the poster child for being a bad actor,” it developed into a responsible company – one that helped his brother-in-law stop smoking.

During the past several months, the agency has ruled on applications involving millions of e-cigarette products, and rejected applications from manufacturers seeking to restart sales of sweet and fruity vapes. But the FDA has lagged at completing reviews involving some of the market leaders, angering anti-tobacco groups and some members of Congress. Nearly 50 companies have sued the FDA because of its decisions on their products.

In 2020, concerned about youth vaping, the FDA banned sales of sweet and fruity e-cigarette pods, which Juul had already stopped selling. Juul and other companies were permitted to continue selling tobacco- and menthol-flavored cartridges – but only while the FDA reviewed their marketing applications.

Juul submitted its applications two years ago, including reams of scientific studies and other materials trying to make the case that its e-cigarettes help adults quit smoking without attracting young users. The company has repeatedly denied that it targeted young people.

Juul’s problems with the agency began in 2018, when data showed a huge increase in teenage vaping, fueling a backlash from regulators. Scott Gottlieb, who was FDA commissioner, publicly blamed Juul for setting off a youth vaping epidemic. He was infuriated when the tobacco giant Altria bought a 35 percent stake in Juul at the end of that year.

In 2019, Juul, faced with lawsuits and investigations, announced a “reset” designed to regain the trust of the public and regulators and took several steps to prevent teenagers from buying its products. The company halted television, print and digital advertising. After the company took its sweet and fruity flavors off the market, sales fell, though the company still commands a large share of the market.

The FDA announcement on Juul came two days after another major tobacco action: The agency said it plans to develop a rule requiring tobacco companies to reduce nicotine levels in cigarettes sold in the United States to minimally or nonaddictive levels, an effort that could have an unprecedented effect in slashing smoking-related deaths and threaten a politically powerful industry.

The Wall Street Journal first reported that the FDA was ordering Juul products off the market.

In recent months, lawmakers in both parties have stepped up their criticism of the FDA for what they describe as the agency’s unacceptably slow pace in banning flavored e-cigarettes made by Juul and other companies.

In March, 15 senators, including Richard J. Durbin (D-Ill.) And Mitt Romney (R-Utah), wrote to FDA Commissioner Robert M. Califf urging the agency to quickly wrap up its reviews of vaping products, saying further delays meant “e-cigarettes that hold the greatest potential harm to public health remain unreviewed and on the market.” Durbin recently called on Califf to “step aside” if the agency did not move immediately to ban flavored products that appeal to young people.

In a speech on the Senate floor Thursday, Durbin praised the FDA decision.

The lawmakers’ ire reflects the agency’s failure to meet a court-imposed deadline of Sept. 9, 2021, to determine which e-cigarette products should be allowed to remain on the market. The FDA has said it has made substantial progress in plowing through millions of applications but that it has limited resources and would not finish reviewing applications until July 2023.

Recently, Vuse Alto e-cigarettes, owned by Reynolds American tobacco company, has edged past Juul in terms of market share of cartridge-based brands in the United States. In 2021, Juul’s annual revenue was $ 1.3 billion, down from just under $ 1.5 billion in 2020 and $ 2 billion in 2019, according to a person familiar with the figures who spoke on the condition of anonymity because they were not authorized to provide them.

The most recent survey of youth tobacco use by the FDA and the Centers for Disease Control and Prevention shows that youth vaping has declined since its peak in 2019. About 7.6 percent of middle and high school students in the 2021 survey said they had used an e -cigarette at least once in the past 30 days, compared to 20 percent in 2019. Still, the FDA said, e-cigarette use remains a concern because more than 2 million middle and high school students reported vaping within the past 30 days.

The agency cautioned that changes to the 2021 methodology because of the coronavirus pandemic made it difficult to compare the results with previous years.

The youth-tobacco survey also showed that Puff Bar, a disposable e-cigarette that was not covered in the restrictions imposed on cartridges and sells an array of flavored offerings, has become the most popular vaping brand among middle and high school students. July was fourth. 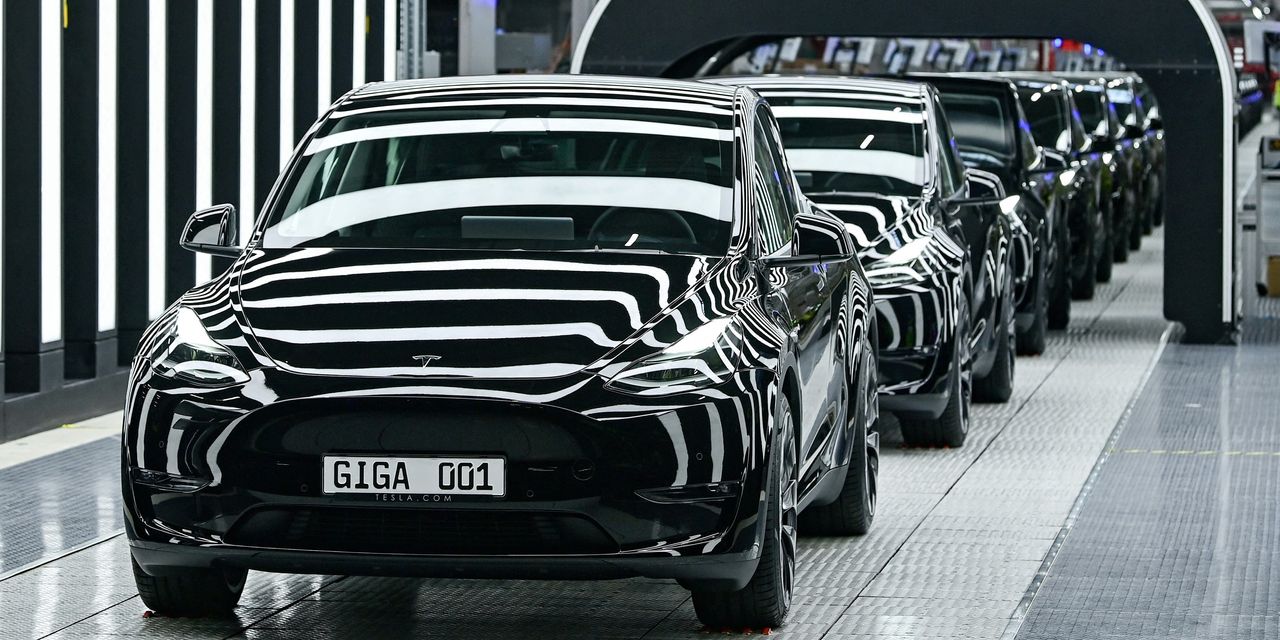