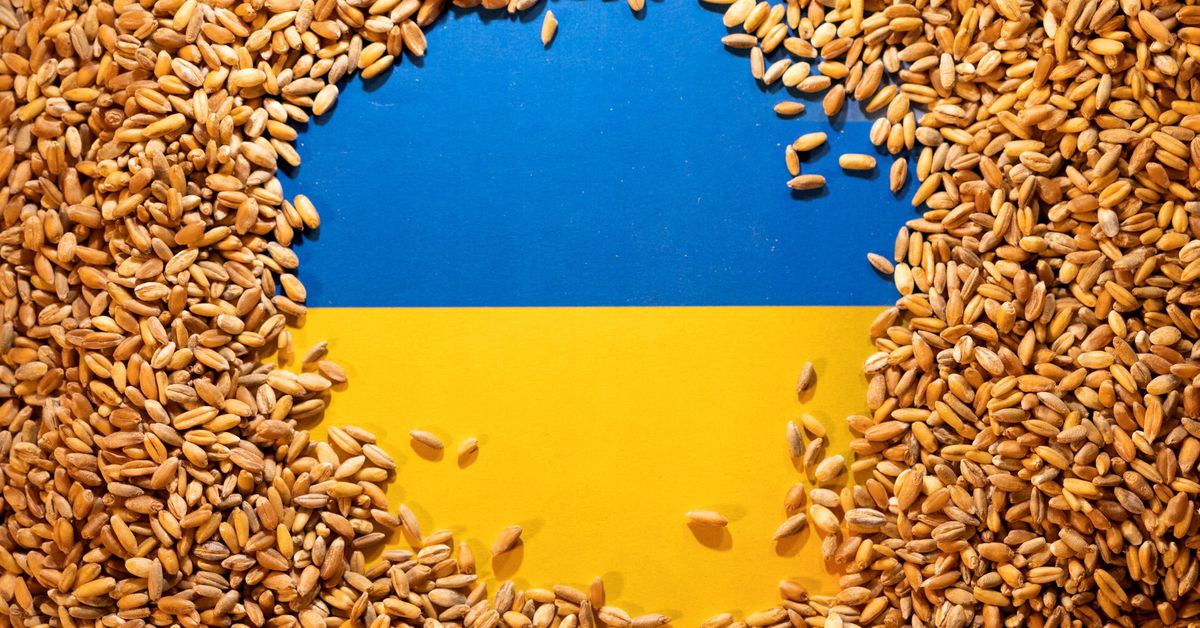 June 14 (Reuters) – US President Joe Biden said on Tuesday that temporary silos would be built along the border with Ukraine, including in Poland, in bid to help export more grain from the war-torn country and address a growing global food crisis.

Since Russia’s Feb. 24 invasion of Ukraine and blockade of its Black Sea ports, grain shipments have stalled and more than 20 million tonnes are stuck in silos. Ukraine has warned that it faces a shortage of silos for a new grain crop.

The war has fueled soaring prices for grains, cooking oils, fuel and fertilizer.

Russia and Ukraine account for nearly a third of global wheat supplies. Ukraine is also a major exporter of corn and sunflower oil and Russia a key fertilizer exporter.

“I’m working closely with our European partners to get 20 million tons of grain locked in Ukraine out onto the market to help bring down food prices,” Biden told a union convention in Philadelphia. “It can not get out through the Black Sea because it’ll get blown out of the water.”

Since the start of the conflict, Ukraine and Russia have laid sea mines. Some 84 foreign ships are still stuck in Ukrainian ports – many of which have grain cargoes onboard. read more

Biden said the United States is working on a plan to get grain out of Ukraine by rail, but noted that Ukrainian railway track gauges are different to those in Europe, so the grain has to be transferred to different trains at the border.

“So we’re going to build silos, temporary silos, on the borders of Ukraine, including in Poland,” Biden said.

He said the grain could be transferred from those Ukrainian railway cars into the new silos, and then on to Europe freight cars to “get it out to the ocean and get it across the world.”

Ukraine has said the best way to get its grain exports moving again quickly is through Black Sea shipments. read more

UN Secretary-General Antonio Guterres is trying to broker what he calls a “package deal” to resume both Ukrainian Black Sea exports and Russian food and fertilizer exports, which Moscow says had been impacted by western sanctions. The UN has so far described talks with Russia as “constructive.”