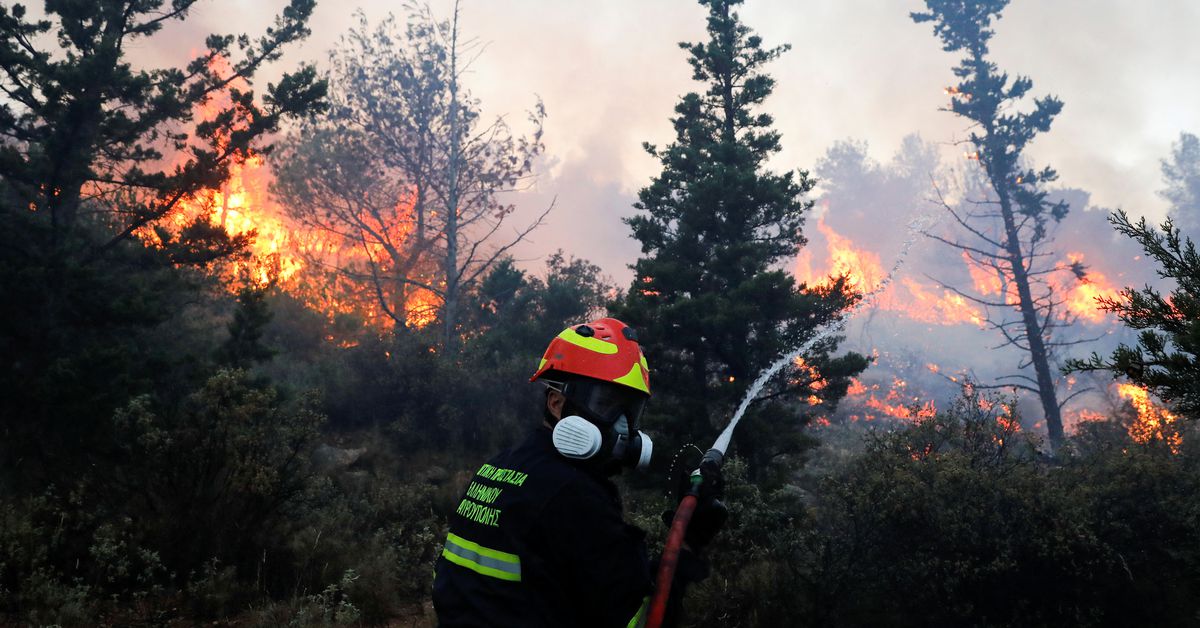 ATHENS, June 4 (Reuters) – A wildfire raged out of control on the outskirts of Athens on Saturday, damaging houses and cars, the Fire Department said.

Fanned by strong winds, the blaze quickly spread across the slopes of Mount Hymettus which overlooks the Greek capital, sending thick clouds of smoke over the southern suburbs.

As a precaution, civil protection authorities evacuated some parts of the Voula and Glyfada regions about 20 kilometers (12 miles) from Athens center.

A Reuters witness saw at least two houses severely damaged by the fire.

“Due to the intense north winds the fire quickly spread and approached the city,” Fire Department spokesperson Yiannis Artopios said in a briefing.

“We ask our fellow citizens to be very careful,” he added.

More than 130 firefighters aided by 6 firefighting aircraft and 4 helicopters dropped tons of water in an attempted to douse the blaze, which has raged for more than seven hours.

A spate of wildfires scorched about 300,000 acres of forest and bushland in different parts of Greece last summer, amid the country’s worst heatwave in 30 years.

The country has bitter memories of a 2018 blaze that tore through the seaside town of Mati near Athens, killing 102 people in a matter of hours.