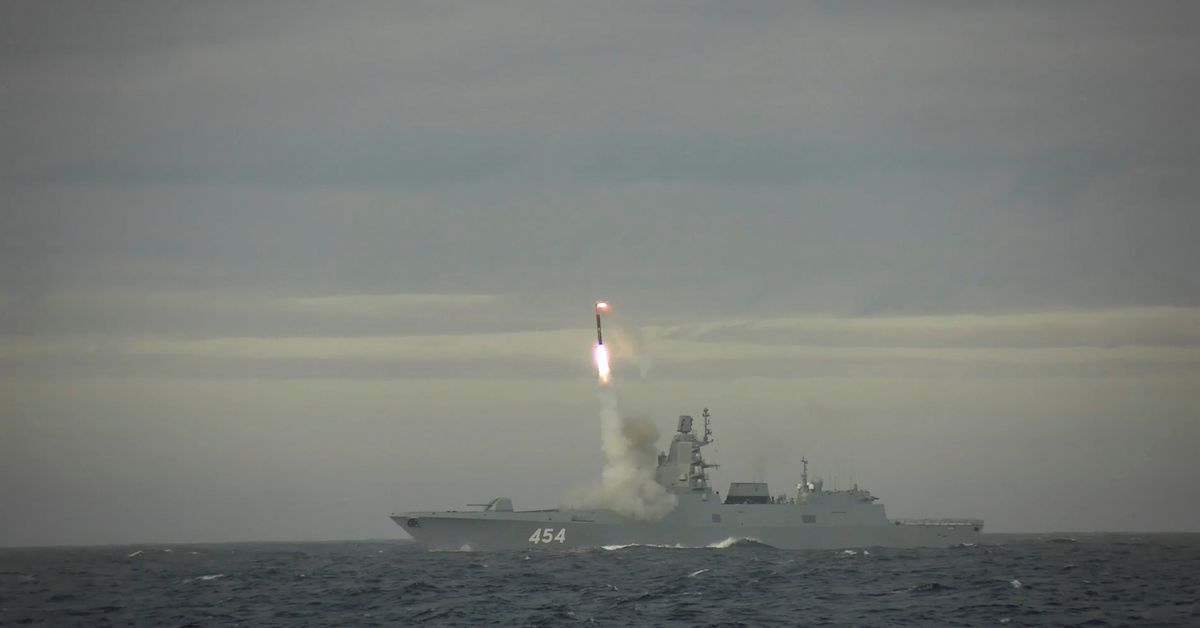 A hypersonic Zircon cruise missile is fired from the guided missile frigate Admiral Gorshkov during a test at the Barents Sea, in this still image taken from a video released May 28, 2022. Russian Defense Ministry / Handout via REUTERS

May 28 (Reuters) – Russia successfully test-fired a hypersonic Zircon cruise missile over a distance of about 1,000 km (625 miles), the defense ministry said on Saturday.

The missile was fired from the Barents Sea and hit a target in the White Sea, it said. Video released by the ministry showed the missile being fired from a ship and blazing into the sky on a steep trajectory.

President Vladimir Putin has described the Zircon as part of a new generation of unrivaled arms systems. Hypersonic weapons can travel at nine times the speed of sound, and Russia has conducted previous test-launches of the Zircon from warships and submarines in the past year.

Russia’s military has suffered heavy losses of men and equipment during its three-month invasion of Ukraine, which it calls a “special operation”, but it has continued to stage high-profile weapons tests to remind the world of its prowess in missile technology.

Last month it test-launched a new nuclear-capable intercontinental missile, the Sarmat, capable of carrying 10 or more warheads and striking the United States.