JERUSALEM – Israeli officials are bracing for potential violence at a planned march by Jewish nationalists through a Palestinian neighborhood here Sunday, a repeat of a rally last year that ended with rockets fired at Jerusalem and an ensuing 11-day war with Hamas in the Gaza Strip .

Government leaders have refused to delay or change the provocative route of the Jerusalem Day march, an annual event marking Israel’s takeover of the Old City and other Arab neighborhoods in 1967.

Some analysts say the day could mark a turning point in recent tensions, either capping or accelerating two months of clashes at Jerusalem’s al-Aqsa Mosque and a surge in terrorist attacks that killed 19 people in Israel, most of them civilians.

Security officials said they hope a withering series of raids and arrests against suspected militants in recent weeks will be enough to head off any deadly violence.

A recent respite from the attacks in Israel has left some security experts hopeful the measures had blunted what Israel’s prime minister characterized as a “wave” of killings, some by assailants wielding knives.

“The [military] is arresting people in the West Bank to intercept some who had big plans to kill Israelis and to explode Israelis, ”said Yaakov Amidror, a one-time parliamentary security adviser to the prime minister now with the Jewish Institute for National Security of America in Washington . “The test of whether this is all over will be Sunday, Jerusalem Day.”

Officials said they planned to deploy hundreds of police along the route of the march, and said they had refused requests by some groups to parade through the plaza at al-Aqsa, a site considered sacred by both Jews and Muslims.

Hamas and Islamic Jihad, another militant group in Gaza, threatened retaliation if the parade encroached on al-Aqsa. A spokesman for Islamic Jihad said mediators from Egypt and Qatar have offered “reassurances” that the march would avoid the plaza.

But the rally will be allowed to follow its usual route, entering the Old City through the Damascus Gate and passing the spice stalls and halal butchers of the ancient Muslim Quarter before reaching the Jewish Western Wall. An Israeli security official said the event would comply with previous Jerusalem Day marches.

“It’s a parade that’s been going on for 34 years. Nothing about it is changing the status quo, ”said the official, who spoke on the condition of anonymity to discuss security preparations.

The day will be a test of the military’s supercharged crackdown on suspected militants in the West Bank that has been seen near nightly raids in recent weeks. The IDF said it has arrested more than 400 individuals “suspected of terrorist activity” in operations since March 31.

The raids, carried out in Nablus, Jenin and other West Bank cities considered hotbeds of militancy, have been violent. The actions have resulted in the deaths of 14 Palestinians, according to the United Nations Office for the Coordination of Humanitarian Affairs, or OCHA, a monitoring agency.

The 14 were among 31 people, including seven children, shot and killed by Israeli forces, during military operations, in clashes and during attempted Palestinian attacks on Israelis, since the end of March, according to OCHA.

One of the Jenin raids was being covered by Al Jazeera journalist Shireen Abu Akleh when she was fatally shot between her helmet and her protective vest marked “Press.” Reporters with her told The Washington Post they were sheltered away from the danger when they were targeted by Israeli soldiers. Israel said the journalists were caught in a crossfire and that it is investigating where the bullets came from.

Amid global anger, Israel says it will investigate police assault on funeral

Israeli officials say the raids have worked to slow the worst surge of terrorist violence since a campaign of knife attacks rocked Jerusalem in 2015 and 2016. The recent spike began in March when 11 civilians were killed in three separate attacks over a week, including when a gunmen shot up a Tel Aviv bar.

In all, 19 have been killed by perpetrators using automatic weapons, knives and vehicles. In an assault on Israel’s independence day, two Palestinian men allegedly bludgeoned three men to death with an ax in the ultra-Orthodox town of Elad.

Of particular concern to security officials was the potential involvement of the Islamic State extremist group, or ISIS, in two of the attacks.

A Palestinian man living in Israel who had previously confessed to supporting the group fatally ran over a bicyclist and stabbed three other Israelis to death in the desert city of Beersheba. And two men from the Arab-Israeli town of Um al-Fahm pledged allegiance to ISIS on video before shooting two Israelis to death in Hadera.

At least two of the attackers had expressed fealty to ISIS in the past. One of them, Ibrahim Ighbariah, was imprisoned for 18 months in 2016 for trying to join ISIS fighters in Syria.

ISIS-related attacks have been rare in Israel. Intelligence analysts have concluded that while the three perpetrators involved were self-declared ISIS followers, the Islamist group itself had no role in planning the attacks and there was no connection between them, according to a senior Israeli official familiar with the intelligence.

“So far as we can tell, these were isolated incidents,” said Cole Bunzel, a researcher into Jihadism and ISIS at the Hoover Institute.

ISIS enjoys “very little” support among Palestinians, Bunzel said. In turn ISIS has expressed contempt for Hamas and other groups for being focused on Palestinian independence rather than Islamic supremacy.

“They are happy to take credit for an attack, but Palestine is not a priority for ISIS,” Bunzel said.

Israel has instead responded to the string of attacks as unconnected “lone-wolf” events inspired by calls to action from Hamas and Palestinian Islamic Jihad.

In a series of tactics Israeli officials said had been refined in the years since the last wave of knife attacks, security forces monitor social media and gather traditional human intelligence to identify individuals – often young people with family or financial problems – who are most likely to plan a solo attack.

Israel has also launched new volunteer civilian defense patrols that have attracted more than 4,000 armed recruits. The military has also instituted periodic lockdowns around Jenin and other communities, prohibiting residents from traveling to jobs in Israel. The policy is meant to thwart the movement of potential terrorists, experts say, but also to generate local pressure against individuals who might be considering an attack.

“The message gets through that if there is a terrorist that [carries out an attack]then they’re not going to be able to make living, ”said Yisrael Hasson, a former deputy director of Shin Bet, the Israeli security agency.

Others condemned the policy as collective punishment. Few of the estimated 12,000 impoverished families in Jenin who were blocked from working as a result of the Israeli lockdowns were likely involved in terrorist activities, advocates said.

“The ripple effect [of the closure] is felt all around and immediately, ”said Nour Odeh, a Palestinian activist in Ramallah. “It does not take months. When there is no money coming in, there is no food on the table. ” 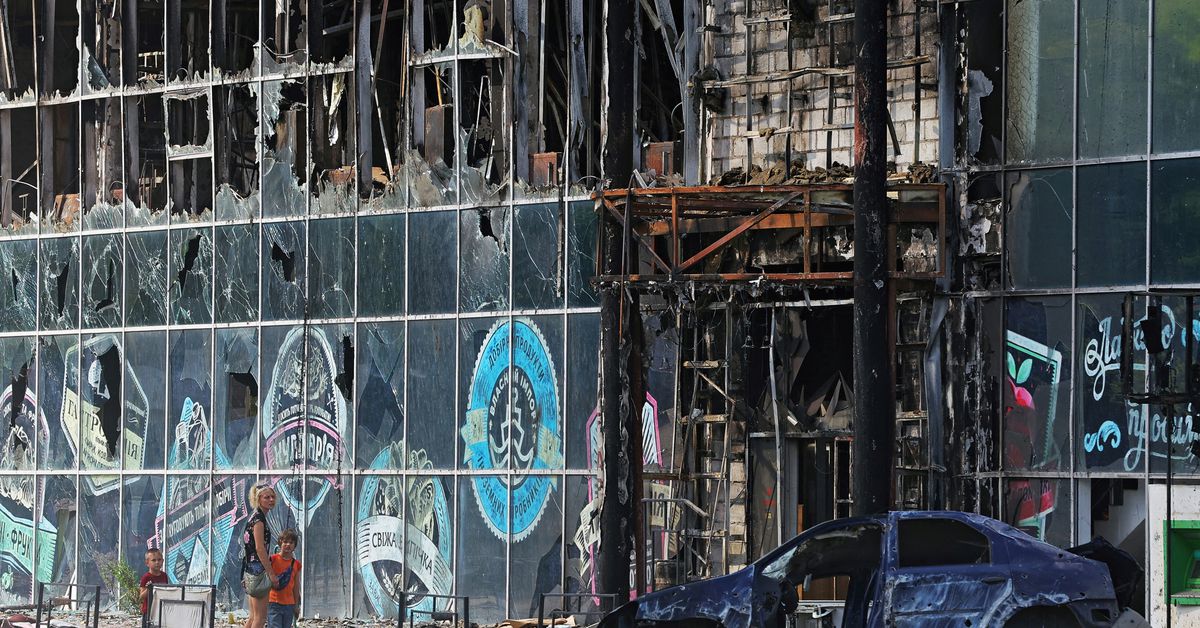 Russia’s stated war aims to start catching up with reality