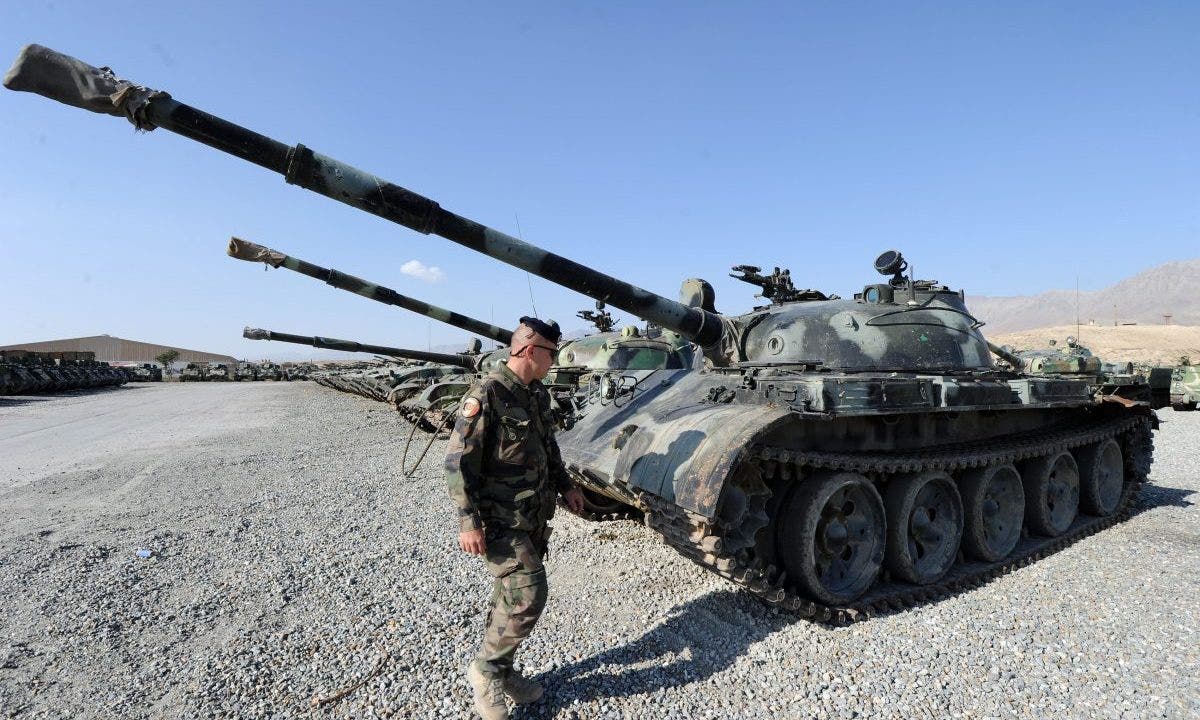 Russia has deployed Soviet-era T-62 tanks to support the ongoing invasion of Ukraine. The machinery, far outdated, has deep vulnerabilities to exploit, according to British intelligence.

The United Kingdom’s Ministry of Defense reported Friday that Russia has recently begun deploying the 50-year-old tanks from deep storage.

Maksym, 3, is photographed with his brother, Dmytro, 16, on top of a destroyed Russian tank, on the outskirts of Kyiv, Ukraine, on May 8.
(AP / Emilio Morenatti)

The war machines are expected to be used in the southern region of Ukraine, where Russian forces are seeking to occupy and hold the territory.

British intelligence claims that the T-62 models are particularly weak to anti-tank weaponry.

Ukrainians seeking to strike efficiently would do best to single out and target Soviet war vehicles.

A Russian T62 tank crosses the empty highway linking Tbilisi and western Georgia on August 21, 2008 at a checkpoint manned by the Russian forces. Russia is not planning to “slam the door” on NATO, but the alliance must choose partnership with Moscow over support for Georgia, Foreign Minister Sergei Lavrov said today. AFP PHOTO / MARCO LONGARI (Photo by Marco LONGARI / AFP) (Photo by MARCO LONGARI / AFP via Getty Images)

A retired Russian Air Force major general was reportedly shot down over Ukraine on Sunday.

Kanamat Botashev, 63, is a top Russian military commander and former major general. According to reports coming out of Russia, Botashev was killed over the weekend after his SU-25 attack plane was shot down in Ukrainian airspace. Multiple subordinates confirmed Botashev’s death to the BBC, but requested to keep their identities anonymous.

If the reports of his death are true, Botashev would be the highest-ranking pilot to be killed during the Russian invasion of Ukraine.