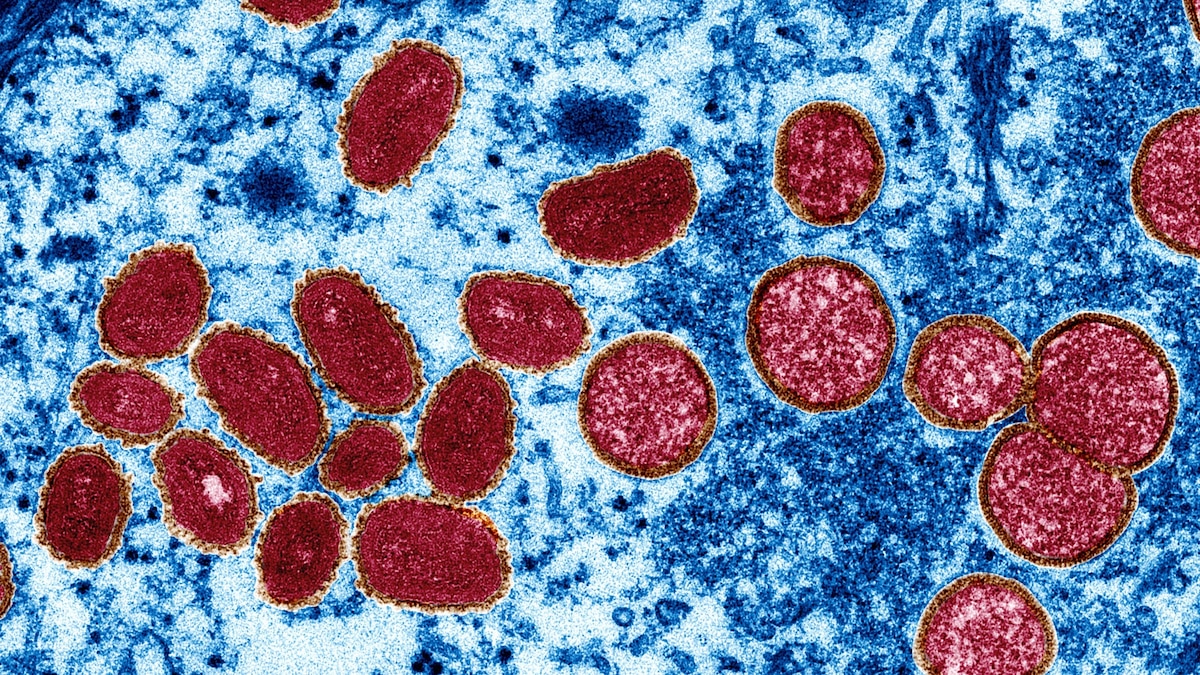 When experts in the United Kingdom confirmed the first case of monkeypox on May 7 this year, epidemiologist Andrea McCollum and her colleagues at the United States Centers for Disease Control and Prevention kept a close watch.

Human monkeypox infections are rare, especially outside of Central and Western Africa where the virus is endemic in animals and circulates primarily in heavily forested areas. Since 2018, only eight cases had been confirmed in non-endemic countries including Israel, Singapore, the UK, and the US — and all were associated with travel, just like the May 7 patient, who had taken a trip to Nigeria.

But as cases with no known travel links to Africa popped up in several countries, alarm bells went off, McCollum says. “We’ve never really seen this type of observation from monkeypox before,” she says, “so this is particularly concerning.”

Between May 13 and 24, at least 16 countries in Europe and North America, as well as Australia and Israel, reported more than 250 confirmed and suspected monkeypox cases. The West African strain of the virus seems to be causing these infections. It triggers flu-like symptoms followed by a rash on the face which can spread to other parts of the body. This rash transforms from red spots to pus-filled blisters that eventually scab and fall off. Most often, these symptoms go away on their own within a few weeks, but they are fatal in about three percent of the cases. Its counterpart, the Congo Basin monkeypox strain, causes a more severe disease and kills nearly 10 percent of those infected. The smallpox virus, which was eradicated in 1979 and is a close relative of monkeypox, was much deadlier, killing 30 percent of those infected.

“It [monkeypox] is very different from COVID, ”said Maria Van Kerkhove, an infectious disease epidemiologist at the World Health Organization, at an online public Q&A on May 23. “Transmission is really happening from close physical contact, skin-to-skin contact.” Monkeypox, unlike COVID-19 which circulates via tiny air-borne droplets, does not spread as easily.

“This is a containable situation,” Van Kerkhove said. There are potential antivirals for those infected and vaccines for people most at risk: those who come in close contact with infected individuals. “This [vaccination] is not something that everybody needs, ”she said.

Fortunately, so far, no one has died in this ongoing multi-country monkeypox outbreak, but where it began and what’s causing its spread remains unknown.

At the moment, there are many open questions, McCollum says.

Here’s what we know so far.

Since the identification of the May 7 patient, monkeypox case numbers in non-endemic countries have increased.

Public health officials are now contact tracing and searching for connections between the cases to find clues. This might also help them locate undiagnosed cases that could potentially be asymptomatic or have mild symptoms.

A large proportion of the currently confirmed cases have been reported from Europe, particularly the UK, Spain, and Portugal. Most of these infections were among men, many who self-identified as men who had sex with men. In a May 23 interview with The Associated Press, a key advisor to the WHO said that the leading theory to explain the ongoing outbreak was sexual activity among men at two recent raves in Spain and Belgium.

How is the disease transmitted?

Although monkeypox can spread through sexual contact, it’s not a sexually transmitted infection, said Andy Seale, an advisor to WHO’s HIV, hepatitis, and sexually transmitted infections program, at an online public Q&A on May 23. That typically requires the infectious virus to be carried via semen or vaginal fluids, and currently there is no evidence to suggest that.

The disease is not confined to men who have sex with men. “Anybody can contract monkeypox through close contact,” Seale said.

The disease spreads via an infected person’s bodily fluids — spit or pus — that can harbor the virus. Bedsheets or clothes contaminated with such virus-laden fluid can also be a potential source of infection.

Given the widespread nature of the current outbreak, epidemiologists and virologists are trying to understand if there’s enhanced person-to-person transmission of this virus. Some experts are studying the genetic sequences of the virus obtained from infected patients to see if there are any mutations that could make the currently circulating virus potentially more transmissible than any previous versions. They’re also checking whether the monekypox virus is present in semen or vaginal fluids, and if it is infectious, to confirm this isn’t a sexually transmitted disease.

Are there vaccines and treatments for monkeypox?

Not all monkeypox patients are hospitalized; many get better on their own without treatment while isolating at home for three weeks. Some countries, including the UK, advise those who had close contact with the infected individual to quarantine for 21 days. In the US, President Biden said that such quarantining is not needed as vaccines are available for those exposed to the virus.

In 2019, the US Food and Drug Administration approved Bavarian Nordic’s monkeypox vaccine called Jynneos, which can prevent the disease or make it less severe. Another vaccine called ACAM2000 that’s approved for smallpox could also be used. The US and the UK, for instance, are offering the Jynneos vaccine to healthcare workers who treat or may have been exposed to infected patients. The CDC suggests getting the two-dose vaccine within four days of exposure.

However, no medications have been approved to treat monkeypox. An oral antiviral drug called Tecovirimat was approved by the FDA in 2018 for smallpox treatment, but there is no data to show it is effective in humans for either of these infections. For severe monkeypox disease, two other therapeutics, an antiviral cidofovir and a monoclonal antibody called vaccinia immune globulin may be used.

How does monkeypox differ from SARS-CoV-2?

Unlike SARS-CoV-2, the RNA virus that causes COVID-19, monkeypox virus is a DNA virus. Its genome is encoded with about 200,000 genetic units whereas the SARS-CoV-2 genome is much smaller: roughly 30,000 units. Such DNA viruses tend not to mutate, said Rosamund Lewis, head of WHO’s Smallpox Secretariat, at an online public Q&A on May 23, and tends to be fairly stable and less likely to generate variants.

The two viruses also transmit somewhat differently. SARS-CoV-2 spreads quickly through the air in tiny droplets when infected people speak, sneeze, or cough. Monkeypox does not spread as easily by air and often requires close physical contact with an infected person or their contaminated clothes or bedding.

The virus was first discovered in 1958 in Denmark when researchers noticed pox-like skin eruptions on cynomolgus monkeys that came from Singapore and were housed in an animal research facility — hence the name monkeypox. In the next decade, more outbreaks were reported in the US in captive monkeys imported from Asia, where monkeypox had not been identified. These primates were considered accidental hosts of the virus.

The first human monkeypox infection was documented in 1970 in Congo’s Equatorial Province in a nine-month-old baby who was initially thought to have smallpox — a disease that was close to eradication and resembled monkeypox. By 1985, the World Health Organization had recorded 310 monkeypox cases in rural West and Central Africa, with the majority in Congo.

This prompted a search for the primary source of the monkeypox virus. A 1985 survey of 383 wild animals including monkeys, rodents, and bats in northern Congo revealed monkeypox-specific antibodies in the blood samples of two Thomas’s rope squirrel — a diurnal rodent, which is likely hunted and consumed for meat. One of the squirrels had skin eruptions and researchers successfully isolated a monkeypox virus identical to the ones seen in humans from the animal’s tissues.

In March 2012, another team of researchers isolated the virus from a monkey species called sooty mangabey in Côte d’Ivoire’s Taï National Park and in 2020 from western chimpanzees. Recently, another study that’s yet to be peer-reviewed has found evidence of the virus in shrews and some rodents living in the Congo Basin.

While rodents are suspected to be the primary reservoirs of monkeypox, there’s no direct evidence which shows that these animals, hunted for meat or kept as pets, spread the virus to humans, says Joachim Mariën, a disease ecologist at Belgium’s University of Antwerp.

Still, the infamous 2003 monkeypox outbreak in the US — the first outside Africa–provides a glimpse of how animal-to-human transmission of this virus occurs. At least 37 people from six states: Illinois, Indiana, Kansas, Missouri, Ohio, and Wisconsin became ill after handling or petting infected prairie dogs. Turns out, these rodents very likely caught the monkeypox virus while being housed alongside dormice and Gambian giant pouched rats that an Illinois animal distributor imported from Ghana.

Why are monkeypox cases rising?

In parts of Central and West Africa, where the virus is endemic, human monkeypox cases have been rising since the 1970s. A 2022 study estimated a minimum 10-fold increase inn global confirmed, probable, and possible case numbers in the last five decades. That increase is most dramatic in Congo, which recorded more than 28,000 cases between 2000 and 2019, and in Nigeria, where the disease reemerged in 2017 after 40 years.

One big reason for escalating monkeypox cases is the elimination of smallpox. In 1980, the World Health Organization declared smallpox eradicated and vaccination against the virus ended. But researchers have shown that this discontinued smallpox vaccine, which can have side effects, provided 85 percent protection against monkeypox. A 2010 study from Central Congo found that vaccinated people had a nearly fivefold lower risk of getting monkeypox than unvaccinated ones.

Escalating deforestation can also expose more people to the virus. Clearing of forests to make way for plantations and agriculture is likely to bring humans closer to infected wild animals, increasing opportunities for the virus to jump species, as is suggested for Ebola.

Also, a 2014 study documented one version of the Congo Basin monkeypox virus strain with a deleted gene that may be associated with an adaptation for human-to-human transmission.

“We knew that monkeypox was a disease we needed to keep a close eye on because of its epidemic potential,” says Laurens Liesenborghs, an infectious disease specialist studying the virus at the Institute of Tropical Medicine in Belgium. “However, what’s happening now is something quite peculiar.”

Is this monkeypox outbreak caused by a more transmissible virus?

Another lingering question is whether the virus evolved to spread more easily among humans. For pox viruses, which are DNA viruses, that typically means either losing or gaining genes that make it more transmissible, says Gustavo Palacios, a virologist at the Icahn School of Medicine at Mount Sinai in New York.

Based on the genome sequences of the virus taken from three recently infected monkeypox patients from Portugal, Belgium, and the US, there is no evidence for such gene deletion or addition, he says. In fact, the Portugal genome draft sequence presents a close match with that of the virus exported from Nigeria to Israel, Singapore, and the UK in 2018 and 2019. The draft gene sequence from Belgium is very similar to that obtained from the Portuguese patient, which makes sense, says Philippe Selhorst, a virologist at the Institute of Tropical Medicine in Belgium, given that the Belgian man had recently traveled to Portugal.

But to identify subtle changes in the monkeypox genetic makeup, researchers need to sequence viral DNA from more patients and compare regions across the genome that may be different to sequences from previous outbreaks. The question is whether those variations, if found, amount to how the virus infects humans.

Selhorst’s worry, however, is that even if the virus has not changed yet, it might have more opportunities to mutate, the longer this ongoing outbreak continues.

Even though monkeypox is not as contagious as COVID-19, Selhorst says “it’s just never good when a virus that’s been in an animal reservoir is now circulating more and more in people.”