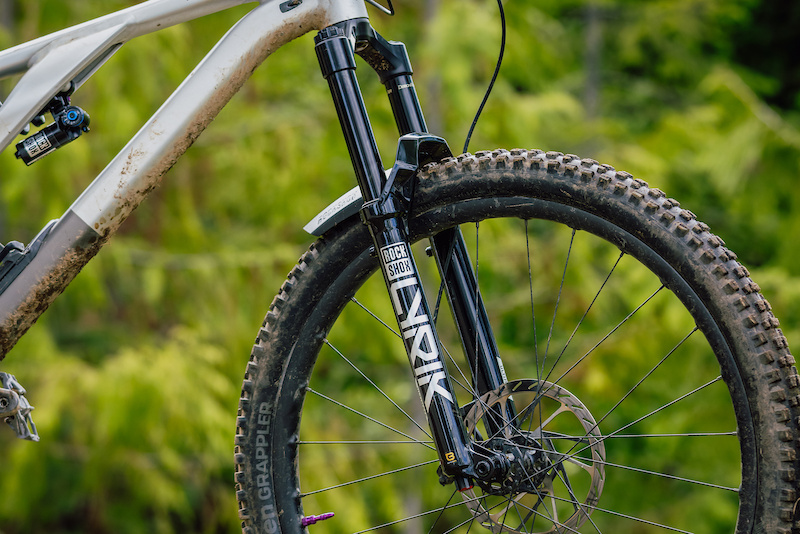 RockShox rolled out their Flight Attendant electronic suspension system last fall, effectively providing a sneak peek of the new features that are now found on the new battery-free versions of the Lyrik, Pike, and Zeb.

Those pressure relief valves and the ButterCup vibration absorbers made it into the lineup, and there’s also a brand new Charger 3 damper that uses a spring-backed IFP instead of the bladder-style damper that RockShox used for nearly a decade.

RockShox has been working to avoid having too much overlap between the different fork models in order to make it easier to choose the right option. That’s why you will not see a 120mm Zeb, or a 190mm Pike – horses for courses as the saying goes.

The new Charger 3 damper is significantly different from its predecessor due to the use of a spring-backed internal floating piston (IFP) to deal with the oil that’s displaced when the fork is compressed. Previously, an expanding rubber bladder was employed to accomplish that task. Why the change? According to RockShox, the new design made it easier to make the low- and high-speed compression circuits as independent as possible.

Now, RockShox are far from the first company to go with this design – it’s very common in the moto world, and Fox has been using a spring-backed IFP in their GRIP damper for years – but while the overall concept may be similar there are distinct differences between the inner workings of the dampers. One feature that RockShox included is a stepped ‘silencer’ piston head. The stepped shape affects the oil’s flow, reducing turbulence and the amount of noise that the fork makes as it compresses or rebounds. I never found the previous Lyrik to be too noisy, but this new version is remarkably silent – in fact, I’d say it’s the quietest fork I’ve ever ridden.

ButterCups are one of those features that make so much sense it’s surprising we have not seen them used in the mountain bike world before. Found in the Ultimate level forks, they’re small rubber pucks that sit at the bottom of the air spring and damper shafts, where they act as the first line of defense against high frequency vibrations (RockShox says they reduce those vibrations by 20% compared to a fork without them).

The rubber pucks can wear over time, which is why it’s recommended that they be replaced as part of a 200-hour service. It’s also possible to run just one Buttercup and get at least some of the vibration damping benefits – that scenario would occur if a rider upgraded just the air spring or damper in their 2023 fork that wasn’t already equipped with them.

The Debonair spring has been tweaked yet again, and the position dimple in the stanchion that allows the positive and negative chambers to equalize has been changed. As with the previous Lyrik, changing the amount of end-stroke ramp up is as easy as unthreading the air side top cap (once it’s deflated, of course) and then screwing on one or more plastic volume spacers.

If you’ve ever slid a zip tie behind the dust seal of a fork you’re probably familiar with how much air can end up in the lowers over time. That trapped air can affect the fork’s performance, making it difficult to get full travel. With the pressure relief valves that’s no longer an issue, and an occasional push of the buttons lets any trapped air escape. Again, it’s not a brand new concept in the mountain bike world – Fox, Manitou, and others adopted it earlier, but it does come in handy, especially if you’re doing a bunch of bike park laps or riding somewhere with big elevation changes .

The fork lowers were also re-shaped in order to increase the amount of torsional stiffness. Personally, I did not find the previous version to be lacking in that department, but the new version is claimed to be 20% stiffer.

The Ultimate models have longer lower bushings than the Select and Select + models in order to reduce friction during big impacts and G-outs. Part of me thinks it’s not fair that there’s a difference in bushings between the highest and lowest end models, but I guess there need to be some features that separate one from the other, and the promise of improved performance and lower friction on the fanciest model is a strong selling point.

RockShox recommends 75 psi for my 160lb weight, which ended up being a good starting point. I ended up going down a small amount, settling at 73 psi. That gave me 28mm, or 17% sag. I typically do not measure fork sag during setup – I prefer to go by feel, and then adjust as needed depending on the fork’s behavior on the trail. I ran a grand total of zero Bottomless Tokens, and did not feel the need to add any over the course of the test period.

I started the test period with day of bracketing on the same loop, trying out each of the compression settings in order to feel the differences. The clicks are well defined, and I found the entire range to be usable, even if it did not match my preferences. By that I mean I could close the low speed compression and high speed compression all the way and still make it down the trail without fearing for my safety, or having my hands blow off the bars.

My happy place ended up being smack dab in the middle for both the high- and low-speed adjustments, which is how RockShox intended it. When trail conditions were loose and slippery I’d back off the low-speed by two clicks, and for firmer trails, like those found in the Whistler Bike Park, I’d increase the low-speed compression by two clicks. Those changes made enough of a difference to be noticeable without dramatically altering the fork’s manners.

Speaking of manners, the new Lyrik is incredibly well composed. I mentioned before how quiet it is – that’s not directly related to performance, but it is very satisfying to be rocketing down the trail and only hearing the sound of your tires rather than oil slurping and sloshing around with every impact. There’s more going on than the sound of silence, though; the Lyrik is also a very, very comfortable fork.

That trait became crystal clear during my time in the Whistler Bike Park. It’s still early season, so the brake bumps have not reached their full potential yet, but there were still more than enough repeated high-speed impacts to really get a feel for the Lyrik’s response. Those fast chattery hits are where the Lyrik really shines, and that was the key difference between it and the Fox 36 that I did back-to-back laps with – the 36 was not able to take the edge off the choppy sections of trail in the same way that the Lyrik did. I’d still put the EXT Era at the top of my chart when it comes to initial sensitivity, but that fork is almost twice the price of the Lyrik, so it’s not exactly the most even comparison.

I was able to use all of the travel when warranted, but I never experienced any harsh bottom outs, and that’s without any volume spacers installed. As far as stiffness goes, I did not find the previous Lyrik to be lacking in that department, and that holds true with this new version. We’ve seen a wave of 38mm stanchioned forks hit the market over the last couple of seasons, but for the vast majority of riders I’d say that the stiffness of a Lyrik (or a 36 for that matter) is more than adequate. I rode though compressions as hard as I could, landed deep off plenty of jumps, and rode all sorts of chunky trails with quick direction changes, and not once did I think “If only my fork was stiffer …” Granted, I ‘ m no Clydesdale, but I’m willing to bet that the Lyric’s stiffness is going to hit the sweet spot for a wide range of riders.

I’ve put a solid two months of riding in on the Lyrik so far. That’s not enough time to comment on long-term durability, but it’s 100% leak and creak free, and there’s no bushing play to speak of – it’s still operating just as smoothly as the day it as installed. I’ll update this review if anything changes.

HOW DOES IT COMPARE? ROCKSHOX LYRIK ULTIMATE VS FOX 36 FACTORY

The Fox 36 is the Lyrik’s most obvious competitor – RockShox and Fox are the most commonly spec’d brands these days, so it’s worth taking a moment to pit the new Lyrik vs the 36.

On my scale the Lyrik Ultimate weighed 70 grams less than the Fox 36, at 1980 grams vs 2050 (both forks had a 178mm steerer with a star nut and a bolt on axle installed). That’s barely a drop in the bucket, but if you save 70 grams here and 70 grams there eventually all that fat trimming can make a difference, at least if you’re the type of rider that cares about the numbers on the scale. It’s worth noting that the 2023 Fox 36 has a different steerer and crown that’s a claimed 20 grams lighter, which makes the weight difference between the two forks even less of a consideration.

Before I go any further, I should stress that the 36 is an excellent fork. It has more adjustments than the Lyrik thanks to the ability to tweak the amount of high-speed rebound, and it does a great job of balancing off-the-top suppleness with a very supportive mid-stroke – there’s a little more of a platform deeper in the travel compared to the Lyrik.

However, this time around the Lyric gets my vote as the overall winner thanks to how well it minimizes the amount of trail feedback while still providing a reliable platform to push into. The fact that it also happens to be dead silent is the cherry on top. Those back-to-back laps in the bike park made the difference between the two forks strikingly apparent, and if I had a long day of racing or riding ahead of my I’d pick the Lyric due to its comfortable composure. On the 36, I tend to run my high- and low-speed compression settings closer to the fully open position than I did on the Lyrik; I found the Lyrik to offer a better range of possible settings than the 36, at least in the compression department.

– Only the Ultimate version has ButterCups and longer bushings. 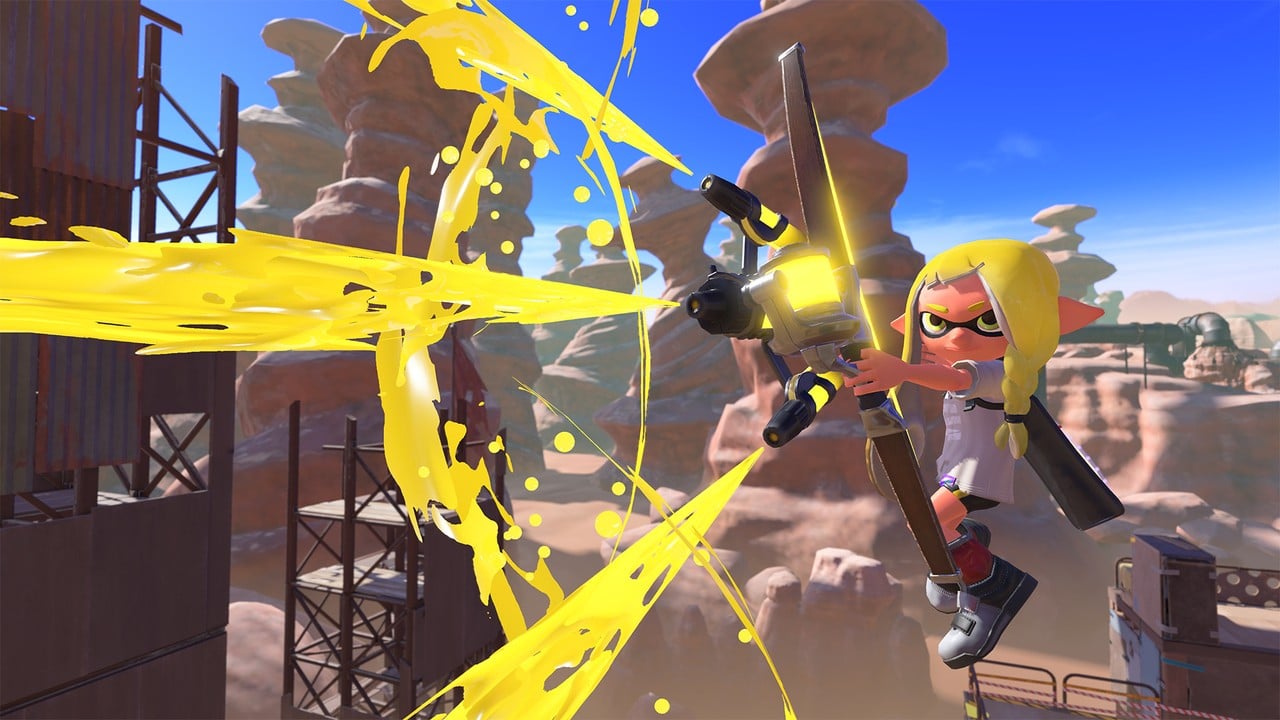 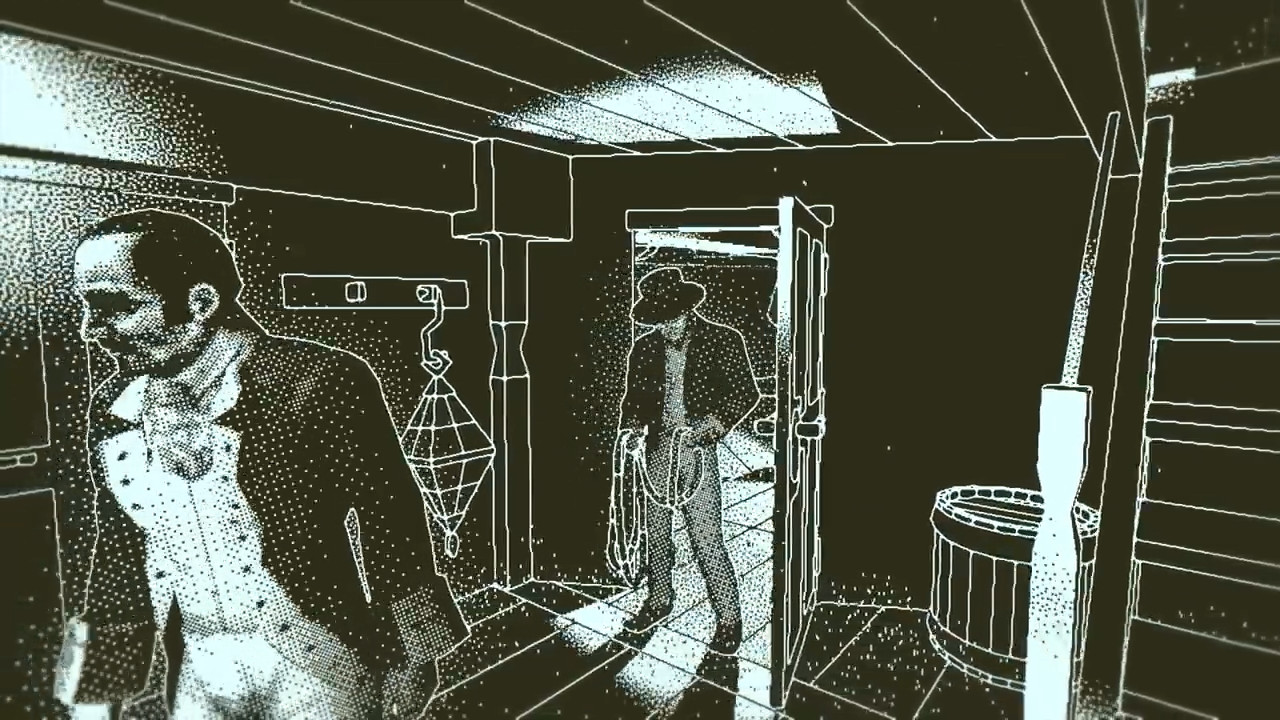