Fun fact: Your heart does not need a brain, or a body for that matter, to beat. That’s because it has its own electrical system independent of your nervous system. However, the heart’s beating can go haywire in certain medical conditions.

This is where pacemakers come in. These devices are typically hooked up to the heart and resets it using electrical signals if it ever beats too fast or too slow. Some people need to be on pacemakers for life, while others only need it for short periods of time. For the latter, scientists have created a powerful pacemaker that can vanish without a trace within days.

In a paper published Thursday in the journal Science, researchers at Northwestern University have created a smart pacemaker that can give its wearer feedback on their heart rhythm and later dissolve once it’s no longer needed. The device is placed onto the heart with a kind of biological glue and communicates to four sensors placed outside of a patient’s body. These sensors collect different information like body temperature and oxygen levels, and work together with the pacemaker to reset an abnormal heartbeat at the right time and for only as long as it’s needed.

This is a game-changer for one crucial reason: People with temporary pacemakers will no longer need to undergo invasive surgery to remove the device — and potentially suffer unintended health complications, Dr. Igor Efimov, a cardiologist at Northwestern University and co-author of the new study, told The Daily Beast.

“Around the world, approximately one percent of all live births are associated with heart defects [which includes] 40,000 babies a year in the US, ”he said. The only treatment available to fix the heart defect is surgical, which is coupled with hooking up the heart to an external pacemaker to ensure a normal heartbeat during the healing process.

“After surgery, you have to pull out [the wires connecting the pacemaker to the heart] after five to seven days. Unfortunately, sometimes, this can have quite severe consequences, ”said Efimov. These consequences can be trauma or injury to the heart leading to more surgery. “Then there’s also infection because you essentially have an open wound [in the skin] where your wires are sticking out. It’s a buffet for pathogens like bacteria. ”

Last summer, Efimov along with co-author John A. Rogers, a material scientist also at Northwestern; and co-author Dr. Rishi Arora, another cardiologist at Northwestern, unveiled a wireless, battery-free pacemaker that uses near-field communication technology (the same used by smartphones for contactless payments), eliminating the need for any external wires. Now in their newest Science paper, the researchers have upgraded the pacemaker to include four sensors that sit on the skin and interact with the heart resetting device in a coordinated, intelligent fashion Rogers calls “body-area network.”

“The devices on the surface of the skin are doing different things,” Rogers told The Daily Beast. “One is that they’re measuring various physiological processes [like oxygen, muscle tone, physical activity]. That data can be used to determine the need for the pacemaker’s pacing and the rate of pacing that needs to be applied to the heart. ”

One sensor on the chest delivers power wirelessly to the pacemaker through magnetic induction, where a magnetic field also generates an electric field, and controls its operation. If it detects the pacemaker is malfunctioning — like if the battery is not working — it will communicate to another sensor that relays haptic feedback to the user to let them know there’s a problem. Any information the device picks up can also be conveyed to a smartphone app or tablet, creating a potential way for doctors to monitor patients remotely.

The device’s body is also made of an FDA approved dissolvable biomaterial, and its circuitry is made of magnesium and silicon. When the pacemaker dissolves, so do these minerals. There’s also an anti-inflammatory drug integrated into the pacemaker that reduces any potential inflammation between the device and cardiac tissue.

So far, the new pacemaker has only been tested in animals, where it was found to be as accurate as electrocardiograms, a tool commonly used to record heart rhythms. Both Efimov and Rogers are hoping to start human trials soon, but it may take many years before this device is available for patients.

“The vision is to engineer a system that can operate in a way that does not require physician input and could be deployed in a home setting,” said Rogers. “We are not able to do that right now, but that is the vision.”

It could also be the first step to a completely new class of transient medical devices alleviating issues elsewhere in the body. For instance, we could put wireless, dissolvable devices on someone’s spine or muscles to encourage damaged nerves and tissues to heal and grow. It could even be used to help patients deal with chronic pain.

“You can make any device you want and have it work for any required amount of time, whether one month or one year. It will dissolve and you do not need to remove it, ”said Efimov. “There are so many uses and it’s really exciting technology.” 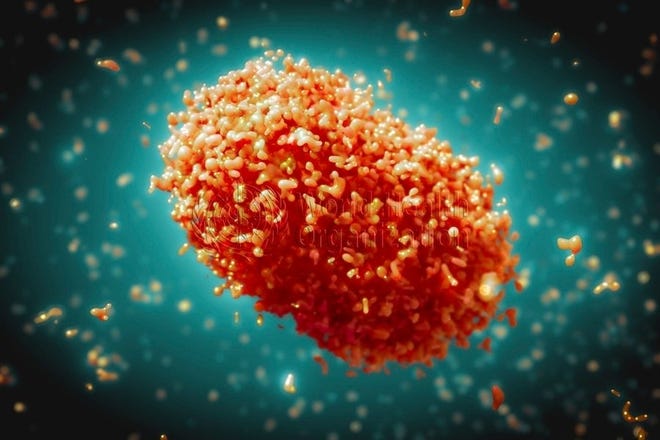