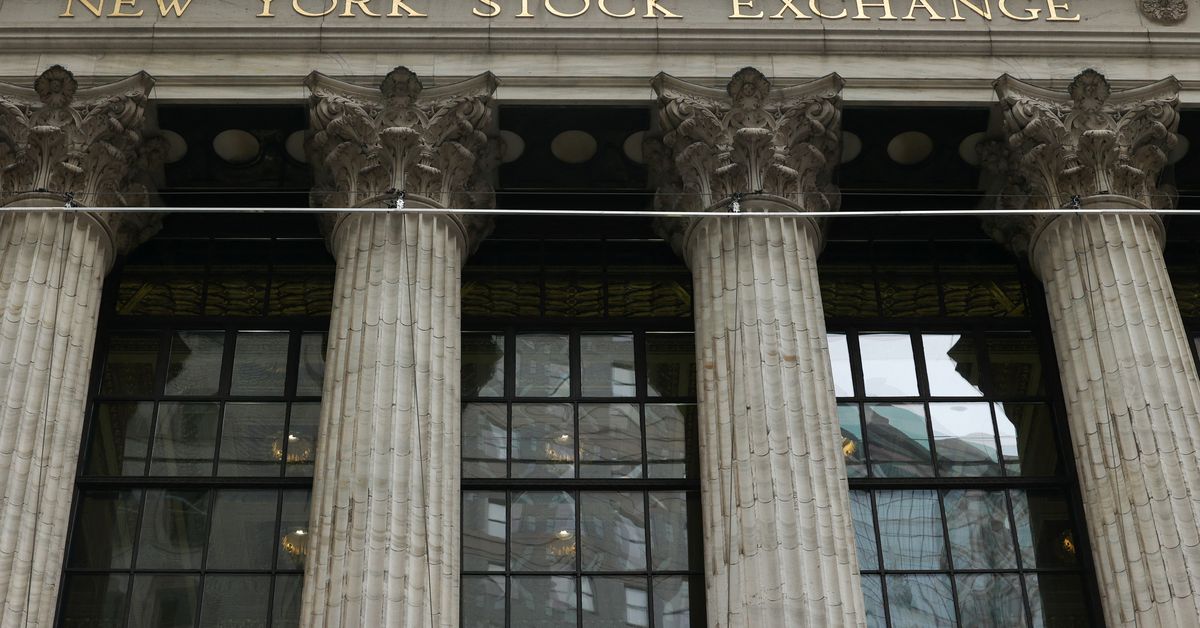 NEW YORK, May 23 (Reuters) – US stocks ended higher on Monday as gains from banks and a rebound in megacap market leaders supported a broad-based rally following Wall Street’s longest streak of weekly declines since the dotcom bust more than 20 years ago.

“It feels like a relief rally more than a fundamental change in investor sentiments,” said Oliver Pursche, senior vice president at Wealthspire Advisors, in New York. “Investors as a whole feel like there’s another shoe to drop and they’re probably right in the short term.”

On Friday, the S&P 500 closed 18.7% below its record closing high reached on Jan. If the benchmark index closes 20% or more below that record, it will confirm it has been in a bear market since then.

Markets have been roiled in recent weeks by worries about persistently high inflation and aggressive attempts by the Federal Reserve to rein it in while the global economy copes with fallout from Russia’s invasion of Ukraine.

“Today it would appear the market is less fearful over the inflation factor and the Fed being able to orchestrate a soft landing so to speak,” said Chuck Carlson, chief executive officer at Horizon Investment Services in Hammond, Indiana.

“(But) the bias is still to the downside,” Carlson added.

Market participants could get a hint of the Fed’s state of mind when the minutes from its most recent policy meeting are release on Wednesday. FEDWATCH

A spate of economic indicators this week might lend further support to the notion that inflation peaked in March, and also whether high prices have hurt consumer spending power.

A spate of dire warnings from retailers last week, including Walmart Inc (WMT.N) and Target Corp (TGT.N) raised such concerns.

First-quarter reporting season is nearly a wrap, with 474 of the companies in the S&P 500 having posted results. Of those, 78% beat expectations, according to Refinitiv.

Looking ahead, current quarter pre-announcements are generally pessimistic, with 59 negative projections and 32 positive, compared to the year-ago quarter’s 37 negative and 52 positive, per Refinitiv.

Shares of VMWare Inc (VMW.N) surged following reports over the weekend that chipmaker Broadcom Inc (AVGO.O) was in talks to acquire the cloud service provider. Broadcom stock dropped on the news. read more