Three analysts share their outlook for tech, with one saying it’s ready for a hard rally, and another naming some “very interesting” stocks in the sector. Chris Watling, chief executive of Longview Economics, said the stock market as a whole is “ready to rally.” “We just need a whiff of good news from somewhere to sort of spark that rally,” he told CNBC’s Street Signs Europe on Wednesday. His comments come after a wild week for stocks which saw the S&P 500 briefly enter a bear market on Friday. The tech-heavy Nasdaq Composite – which shed 3.8% over the last week – is already deep in bear market territory, 30% off its highs. “As [Warren] Buffett said, you want to be greedy when people are fearful and fearful when they’re greedy, so I think it’s time to be greedy from a tactical trading point of view, “Watling added. Asked how to invest in the current environment, Watling said tech is likely to do the best of any sector over the next few months. “Often the rule of thumb is what’s beaten up the most is what rallies the most… Indicators that we look at show [tech] is deeply beaten up and it should rally quite hard, and it should outperform, “he said. The Nasdaq was down around 27% year-to-date on Friday. Super-high-growth stocks vs. Big Tech Michael Purves, founder and CEO of Tallbacken Capital Advisors, said that, looking ahead, it was important to differentiate between the tech giants – such as Apple, Microsoft and Alphabet – and the type of stocks in the ARKK ETF – the “very high-growth story stocks.” “Many of them have corrected 70 or 80 or even 90% from their peak a little bit more than a year ago,” Purves told CNBC Friday. Cathie Wood’s ARK Innovation ETF is down over 50% year-to-date. He said these stocks are echoing the “2000, 2001-phase” when the dotcom bubble burst. “Yes, everything’s correcting right now, but the [year] 2000 arguments are really relegated to that super-high-growth part of the market. “” The Microsoft and Googles and so forth, those are getting revalued with high interest rates, but let’s not forget [they] are arguably the modern form of an electric utility – but with amazing financial metrics, with amazing cash balances to help support earnings growth through share buy-backs going forwards, “Purves added. Tech stock picks Neil Campling, head of technology, media and telecommunications research at Mirabaud Securities, said there were some “very interesting opportunities” in the sector right now. In particular, he noted a shift in tech companies’ operations as Netflix made redundancies, Meta paused hiring and Amazon said its warehouses were overstaffed. “These kinds of things are happening now as I think the tech sector refocuses on – not so much chasing revenue at any cost – but actually looking at managing costs and looking at ways to improve margins, “he told CNBC’s Street Signs Europe on Wednesday. One option for tech firms looking to save money is to turn to companies that help manage costs, such as software vendors, Campling added. “Stocks such as ServiceNow, Workday, Qualys are kinds of companies that can help manage that process in terms of looking for where there is fat… that can be taken out and can really help to drive better efficiencies, “he said. ServiceNow sells cloud-based software, while Workday makes HR tech and Qualys provides cloud security. “On the corporate level, especially in inflationary environments… the deflationary economics of tech can really stand out for the companies that can offer those kinds of services,” he said of the stocks he named. In an interview with CNBC last month, ServiceNow’s CEO Bill McDermott described business software as “the most deflationary force in the world” as he claimed it helps firms deal with issues such as rising prices and interest rates, as well as supply chain disruption. – CNBC’s Lauren Feiner, Sarah Min and Hannah Miao contributed to this report.

A woman walks in the rain outside the New York Stock Exchange (NYSE) in the financial district of lower Manhattan during the outbreak of coronavirus disease (COVID-19) in New York, April 13, 2020.

Three analysts share their outlook for tech, with one saying it’s ready for a hard rally, and another naming some “very interesting” stocks in the sector. 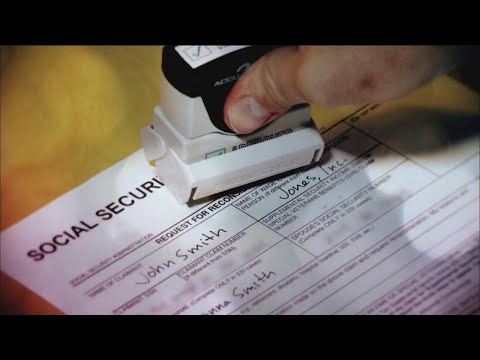