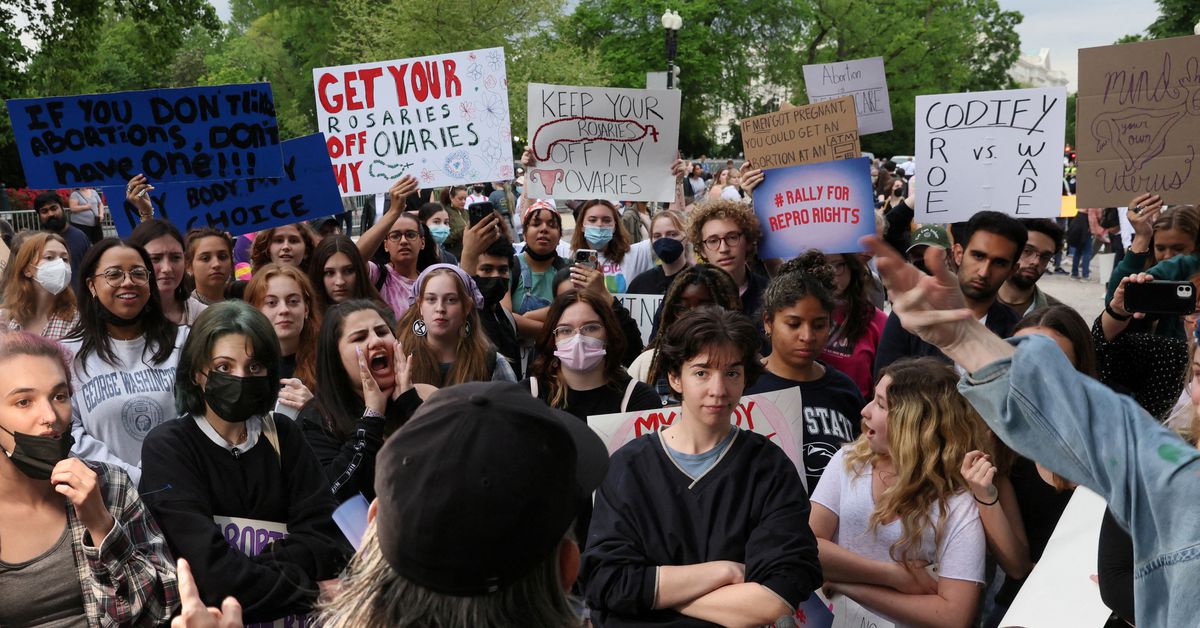 Some people rallying for abortion rights, including Hannah Yost, center right, argue with a man who gave his name as Joe Green, who is anti abortion, after an anti-climb protective fence was installed outside of the US Supreme Court building in Washington, US, May 5, 2022. REUTERS / Leah Millis / File Photo

WASHINGTON, May 14 (Reuters) – Abortion rights supporters began gathering for protests across the United States on Saturday, starting what organizers said would be “a summer of rage” if the U.S. Supreme Court overturns the Roe v. Wade case that legalized abortion nationwide .

Planned Parenthood, Women’s March and other abortion rights groups organized more than 400 “Bans Off Our Bodies” marches for Saturday, with the largest turnouts expected in New York City, Washington, Los Angeles and Chicago.

The demonstrations are in response to the May 2 leak of a draft opinion showing the court’s conservative majority ready to reverse the 1973 landmark decision that established a federal constitutional right to terminate a pregnancy.

The court’s final ruling, which could give states the power to ban abortion, is expected in June. About half of US states could ban or severely restrict abortion soon after a ruling vacating Roe. read more

Organizers said they anticipated hundreds of thousands of people to participate in Saturday’s events, which they said would be the first of many coordinated protests around the Supreme Court’s decision.

“For the women of this country, this will be a summer of rage,” said Rachel Carmona, president of Women’s March. “We will be ungovernable until this government starts working for us, until the attacks on our bodies let up, until the right to an abortion is codified into law.”

Several thousand abortion backers began amassing in a Chicago park on Saturday morning, including US Representative Sean Casten and his 15-year-old daughter, Audrey.

Casten, whose district includes Chicago’s western suburbs, told Reuters it was a “horrible” that the conservative Supreme Court would consider taking away the right to an abortion and “condemn women to this lesser status.”

Democrats, who currently hold the White House and both chambers of Congress, hope that backlash to the Supreme Court decision will carry their party’s candidates to victory in congressional elections in November. read more

But voters will be weighing abortion rights against other issues such as the soaring prices of food and gas, and they may be skeptical of Democrats’ ability to protect abortion access after efforts to pass legislation that would enshrine abortion rights in federal law failed. read more

On Saturday, protesters in New York plan to march across the Brooklyn Bridge, while protesters in Washington will meet at the Washington Monument and then head to the Supreme Court. Los Angeles protesters planned to meet at City Hall, and a group in Austin was to convene at Texas’ state capitol.

In the past week, protesters have gathered outside the homes of Supreme Court Justices Samuel Alito and Brett Kavanaugh, who have voted to overturn Roe v. Wade, according to the leaked opinion.

Justice Clarence Thomas said at a conference in Dallas on Friday that trust within the court was “gone forever” following the leak.

Students for Life of America, an anti-abortion advocacy group with campus chapters across the country, said it was holding counter protests on Saturday in nine cities, including in Washington. 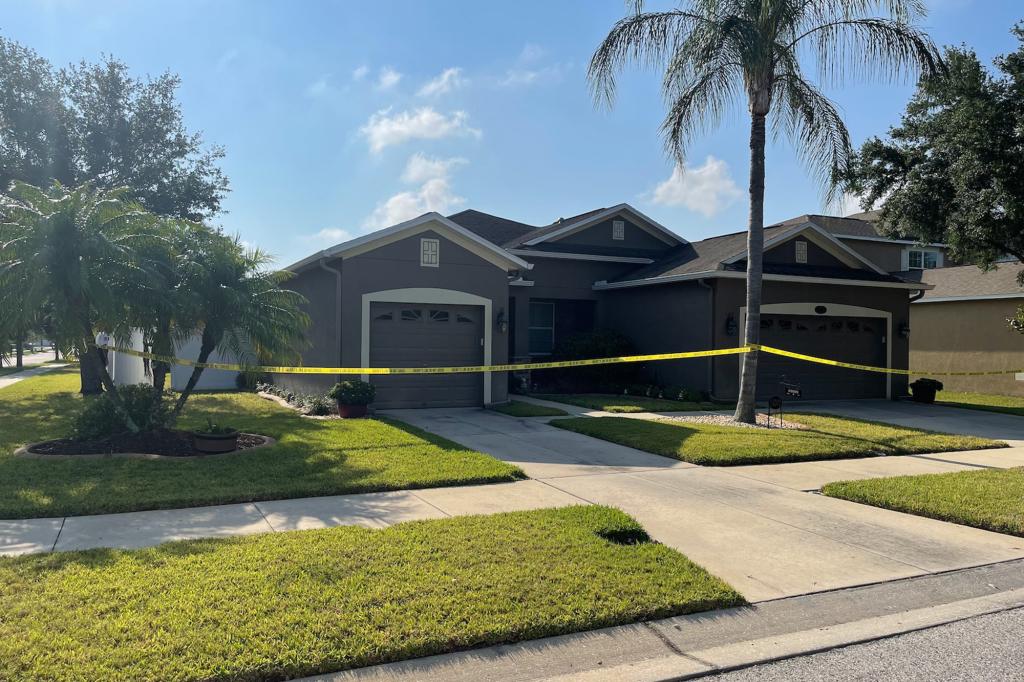