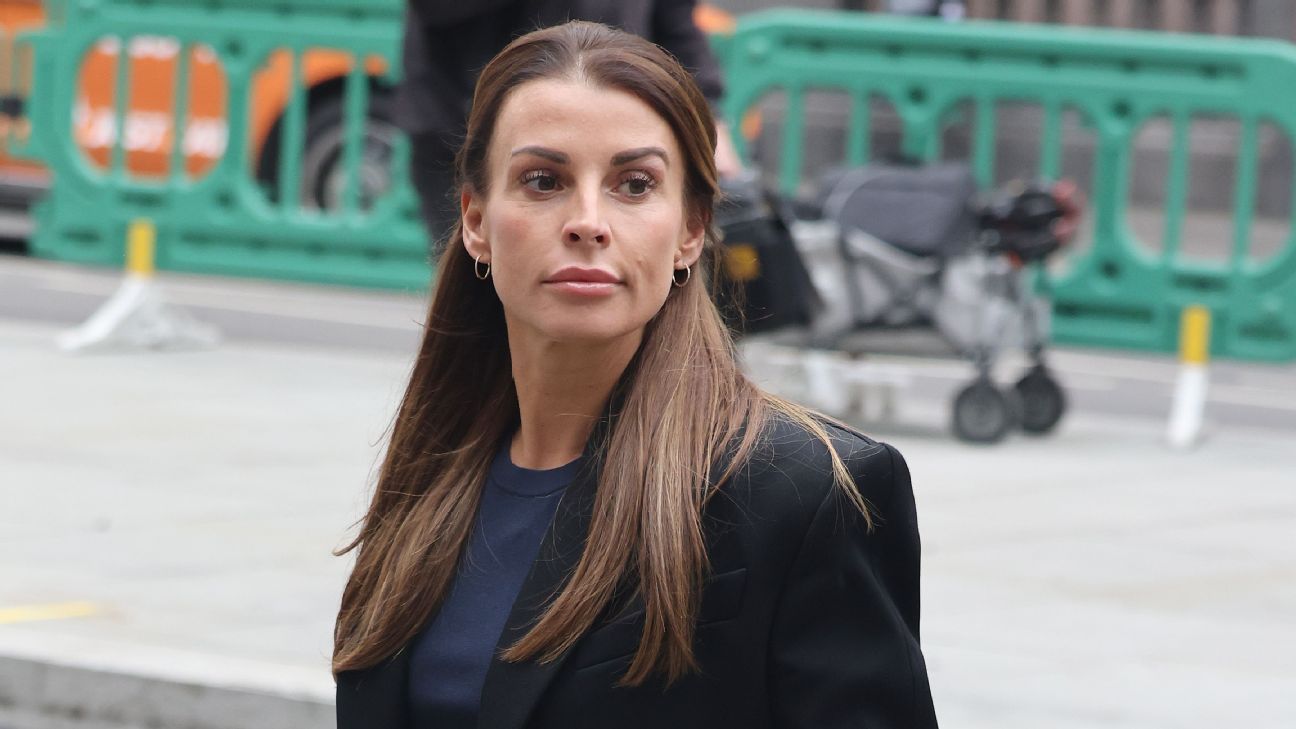 A high-profile libel court battle between two football spouses, in which one publicly called out the other for allegedly leaking made-up stories to the tabloid press, opened on Tuesday in London.

Coleen Rooney accused Rebekah Vardy of leaking fake stories she had posted on her Instagram account to The Sun newspaper in October 2019. Vardy denies the claims and brought the libel suit.

– Stream ESPN FC Daily on ESPN + (US only)
– Do not have ESPN? Get instant access

Rooney posted the fake tales on purpose over several months, and said she blocked everyone apart from an account belonging to Vardy from seeing her Instagram stories. The stories then appeared in The Sun, and Rooney announced to her followers that Vardy was responsible.

The showdown has fascinated many in Britain and has been dubbed the “Wagatha Christie” trial – a play on the slang term “Wag” for the wives and girlfriends of football stars – for Rooney’s detective work.

On Tuesday, Vardy’s lawyer Hugh Tomlinson denied that she leaked information from Rooney’s private Instagram. Vardy had made “strenuous but unsuccessful attempts” to settle the case but Rooney’s accusatory post was not taken down, he said.

“Mrs Rooney did not have the ‘irrefutable’ evidence that she claimed to have had: her so-called ‘careful investigation’ was nothing of the sort,” Tomlinson said in written submissions to the High Court.

“Mrs Vardy had no choice but to bring this libel action to establish her innocence and vindicate her reputation,” he added.

Tomlinson said the showdown and subsequent libel case had become the subject of intense press coverage and a source of “entertainment” in the media, causing profound distress to his client.

Both women arrived at London’s Royal Courts of Justice, flanked by a crowd of photographers, before taking their seats at the front of the courtroom as the hearing began.

They are expected to testify and the trial is set to last about a week.