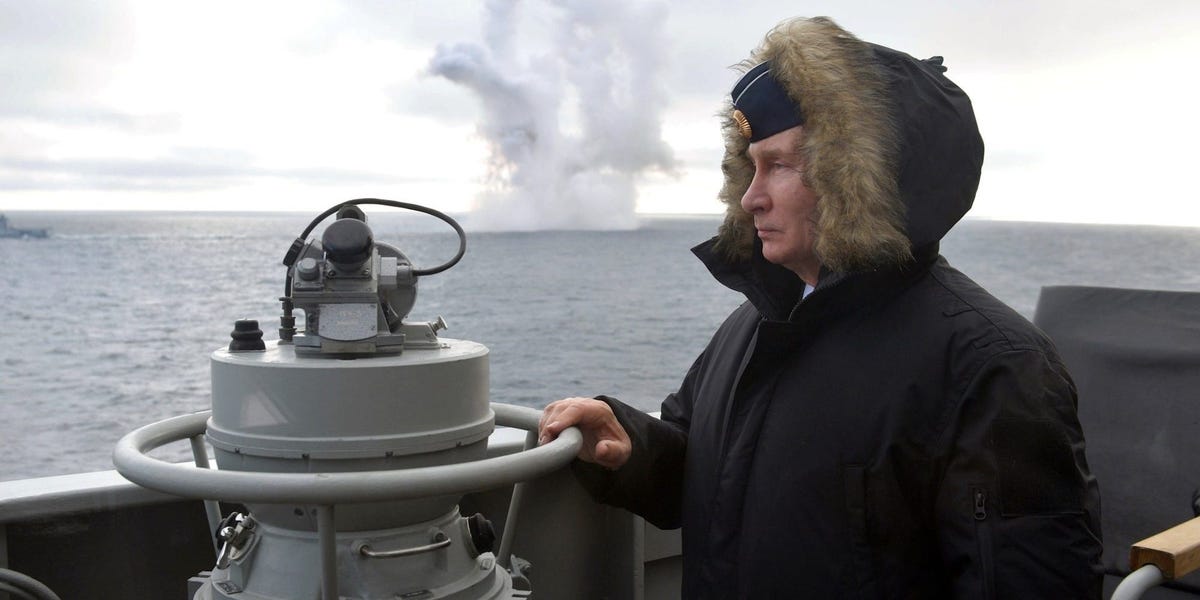 There are growing concerns across the West that Russian President Vladimir Putin could expand his unprovoked war in Ukraine into other countries like Moldova and Georgia.

Vladimir Ashurkov, a top aide to imprisoned Russian opposition leader Alexei Navalny, told Insider that such scenarios are “not off the table.”

“This full scale invasion of Ukraine was a shock to me. I did not think that it would be possible, but two months ago it happened. To think whether Putin is capable of pushing the attacks over to Transnistria and Moldova, etc. – if he can he probably will, “warned Ashurkov, the executive director of Navalny’s Anti-Corruption Foundation. “It’s not off the table that things like that can happen.”

This warning came following mysterious, unexplained explosions this week in Transnistria, a Moscow-backed separatist territory where roughly 1,500 Russian troops are stationed. Transnistria, considered to be part of Moldova by the international community, shares a 250-mile border with Ukraine.

May. Gen. Rustam Minnekayev, a senior Russian commander, last Friday said that taking over southern Ukraine would link Russia to Transnistria. This suggested that Putin might be factoring the breakaway territory into his war plans, and has prompted alarm across the region. Ukraine on Thursday said it was moving more troops to the border with Moldova. Meanwhile, Nicu Popescu, Moldova’s deputy prime minister and foreign minister, on Thursday told journalists that his country was facing “a very dangerous new moment.”

Moldova, like Ukraine, is a former Soviet republic that is not part of the NATO alliance.

“I think it’s always been Mr. Putin’s intent to take over Moldova and Georgia, and the Baltic states. He is certainly capable of horizontal escalation… if he thinks he can deter the West,” Wesley Clark, former Supreme Allied Commander Europe of NATO , told CNN earlier this week.

Similarly, Democratic Sen. Ben Cardin of Maryland in a tweet on Monday said that while Ukraine is Russia’s current target, its defeat by Russian forces would mean “Moldova, Georgia and other countries, including NATO allies, are at risk of Russian invasion.”

Neither Moldova nor Georgia are strangers to Russian aggression. Russian forces in 1992 intervened in a war in Moldova on behalf of pro-Russian rebels, and have occupied Transnistria ever since. Georgia was invaded by Russia during a short but formative war in 2008. Russian troops continue to occupy roughly 20% of Georgia’s territory – the breakaway regions of South Ossetia and Abkhazia.

The governments of Georgia and Moldova have been pushing for more support from the West since Russia invaded Ukraine, and both formally applied for EU membership last month. Georgian President Salome Zourabichvili visited Washington on Thursday to this effect, tweeting that she spoke with House Speaker Nancy Pelosi “on Ukraine and the unjustified Russian aggression and the importance of US continued support to Georgia in these crucial times.”

Zourabichvili also spoke by phone with Moldovan President Maia Sandu on Thursday. Following their conversation, Sandu tweeted that she thanked the Georgian president for her country’s “solidarity with Moldova in these difficult times for the entire region.”

The Moldovan leader earlier this week said the explosions in Transnistria were perpetrated by “pro-war factions.”

“We condemn any challenges and attempts to lure the Republic of Moldova into actions that could jeopardize peace in the country,” Sandu said.

‘We are dealing with a desperate rogue operator’

In spite of the rising concerns in Moldova and Georgia, it’s also debatable as to whether Russia could pull off pushing the conflict beyond Ukraine. The war has been disastrous for the Russian military so far, while leaving Moscow economically and politically isolated. Russian troops are also focusing their efforts in the eastern Donbas region of Ukraine at present.

Ashurkov lives in exile in London but continues to focus on exposing corruption in Russia – particularly when it comes to the activities of those in Putin’s inner circle. He is acutely aware of how ruthless Putin can be, as someone who works closely with the Russian leader’s most prominent critic.

Before he was thrown behind bars last year on charges widely decried as politically motivated, Navalny in August 2020 was poisoned with Soviet-era nerve agent Novichok and nearly died. Leaders across the world have condemned Putin over the poisoning. The Russian leader denied any involvement, despite the stark similarities to past operations linked to Moscow that targeted Putin’s critics.

In the time since his poisoning and imprisonment, Navalny’s political network was dubbed “extremist” and banned in Russia, forcing his foundation to relocate staff and set up a new office in Lithuania. And last month, Navalny had nine years added to his sentence by a judge whom Putin promoted to a higher court just days earlier.

As evidenced by the brutal war in Ukraine, Putin’s aggression and cold-blooded leadership style has also extended well beyond Russia’s borders.

“I do not think anybody on planet Earth has a secure future when there is a maniac with a nuclear bomb banging it around,” Ashurkov said of Putin. “The situation is quite dire for everybody.”

“Russia over years has exhibited more and more assertiveness in foreign policy. The war in Georgia was sort of the first example, but then we have seen the annexation of Crimea, meddling in eastern Ukraine. We’ve seen a number of cyber attacks, including meddling in US elections. We’ve seen a number of assassinations in different countries. We’ve seen Russia taking the site of a brutal dictatorship in Syria, “Ashurkov said, adding,” This was met by quite an indecisive response from Western countries. More could have been done. “

Perhaps aiming to avoid the mistakes of the past, Western governments in recent days have begun to emphasize the need to prepare Moldova and Georgia, among other countries, for potential Russian attacks.

“This is a time for courage not for bail,” British Foreign Secretary Liz Truss said in a speech on Wednesday. “And we must ensure that, alongside Ukraine, the Western Balkans and countries like Moldova and Georgia have the resilience and the capabilities to maintain their sovereignty and freedom.”

“We are dealing with a desperate rogue operator with no interest in international norms,” ​​Truss said of Putin. 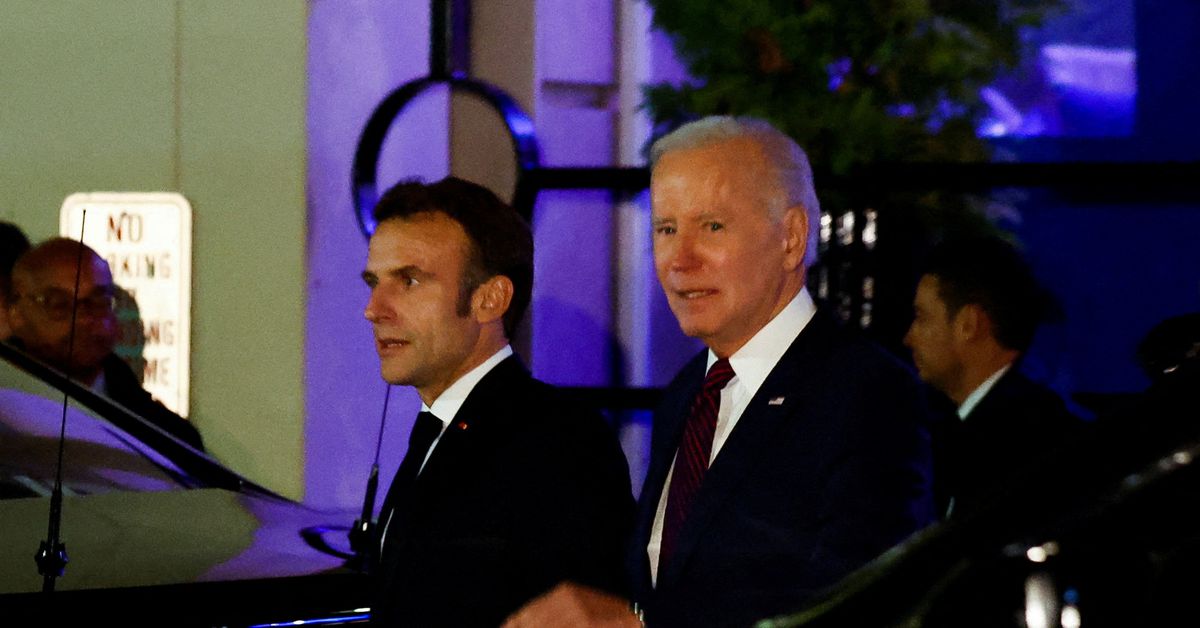 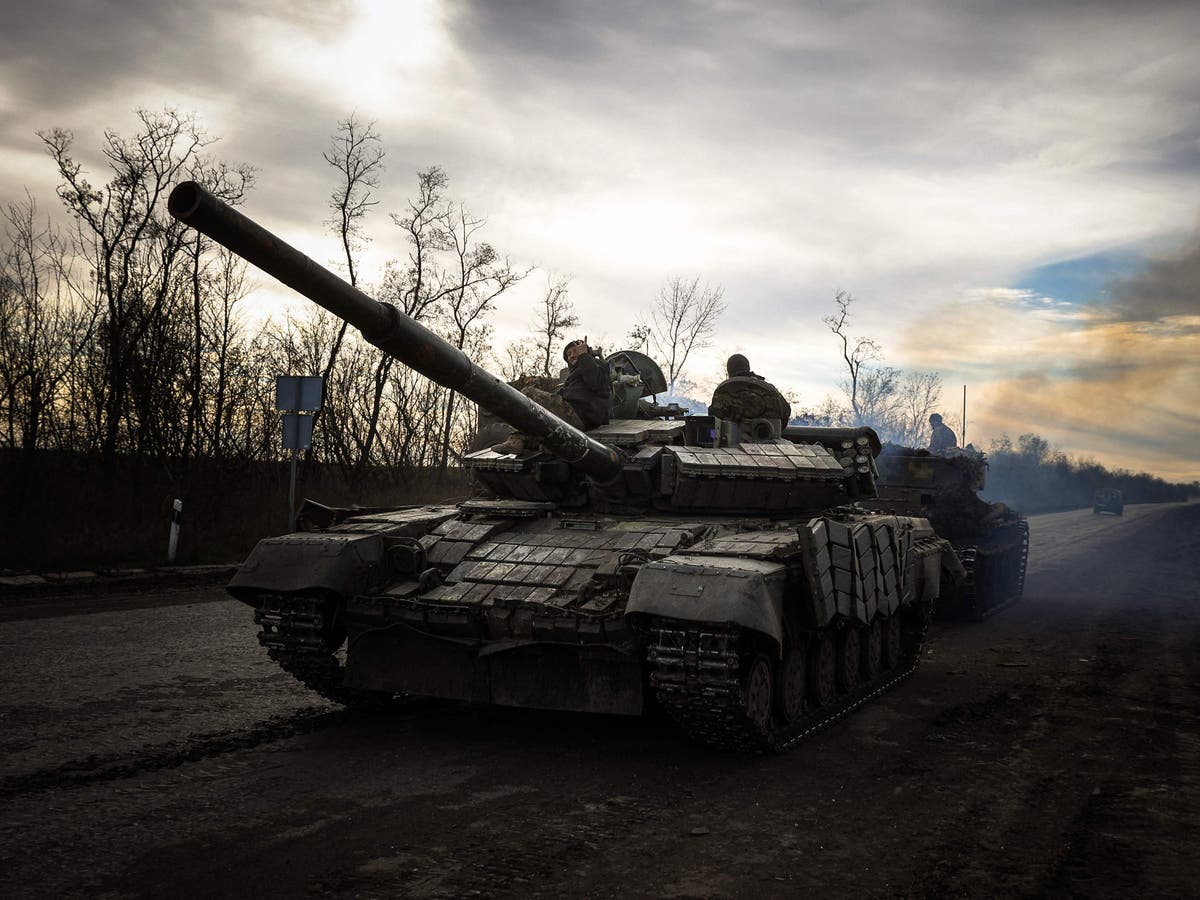