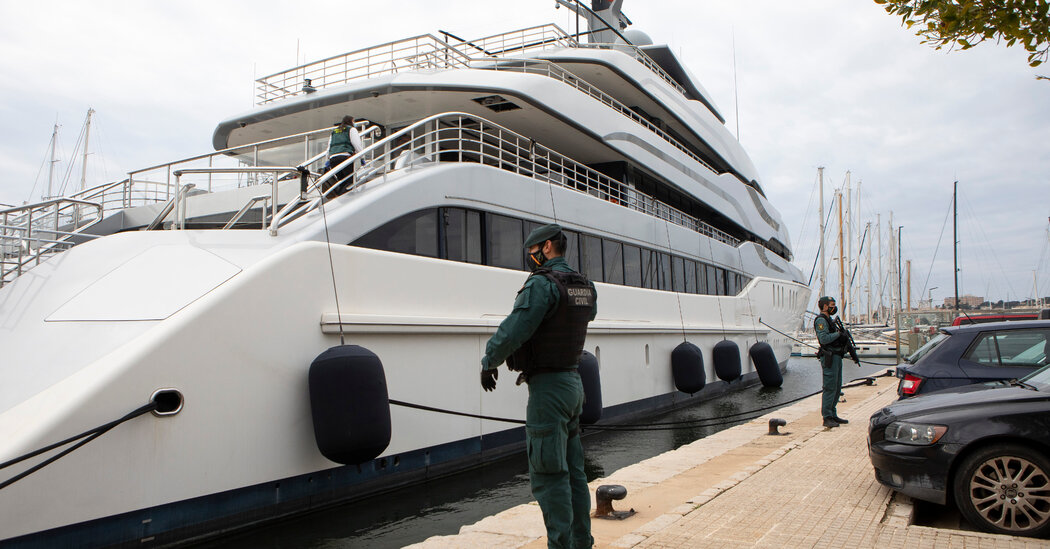 WASHINGTON – The House on Wednesday overwhelmingly passed a mostly symbolic bill urging President Biden to sell the frozen luxury assets of Russian oligarchs hit with sanctions and use the funds to provide additional military and humanitarian aid to Ukraine.

The legislation is nonbinding, but its 417-to-8 passage reflected a bipartisan desire on Capitol Hill for the president to take a more aggressive posture as the United States and European allies grapple with what to do with Russian assets seized in response to Moscow’s invasion of Ukraine.

It came a day after Attorney General Merrick B. Garland told a Senate panel that the administration would ask Congress for expanded authority to confiscate and liquidate Russian property.

“We would support legislation that would allow some of that money to go directly to Ukraine,” he said. Garland told the Appropriations Committee on Tuesday.

Senator Chuck Schumer, Democrat of New York and the majority leader, is consulting with the Biden administration on the matter and would like to include a provision giving the president authority to sell off seized Russian assets in legislation to send additional aid to Ukraine, which Congress is expected to consider in the coming days, a spokesman said.

Mr. Garland’s comments gave a boost to the bill’s backers, who have contended with a series of thorny legal issues in their attempts to find a way for the United States to essentially transform items like yachts and upscale apartments into de facto reparations for Ukrainians still under siege.

The move is virtually without precedent and would amount to a significant expansion of presidential sanctions authority, though experts have clashed over whether Mr. Biden would need to seek out new statutory authority from Congress to liquidate assets.

Representatives Tom Malinowski, Democrat of New Jersey, and Joe Wilson, Republican of South Carolina, who sponsored the legislation that passed on Wednesday, have argued that the Biden administration should sell the luxury items seized in line with newly expanded sanctions and divert the proceeds to the Ukrainian war effort, rather than letting the property languish and eventually returning it.

“Can we imagine,” Mr. Malinowski asked on the House floor on Wednesday, a Ukrainian flag pinned to his lapel, “giving all of Russia’s wealth – the yachts, the bank accounts, the villas, the planes – back to Putin and his cronies as Ukraine lies in ruin, as the Ukrainians bury their dead? We can not imagine doing that. We will not do that. ”

In recent weeks, law enforcement officials have seized a growing roster of multimillion-dollar superyachts across Europe. In April, the FBI worked in concert with Spanish authorities to take the 250-foot, $ 90 million Tango, said to be owned by Russian energy tycoon Viktor F. Vekselberg. Unless the vessels are maintained, they risk becoming environmental blights, experts have warned.

Early attempts to quickly enact the bill were stymied after lawmakers on the Foreign Affairs Committee and lawyers at the American Civil Liberties Union raised concerns that the legislation could run afoul of legal protections for individuals, by depriving the Russians who owned the seized items of the right to challenge such an action and potentially reclaim their property. Those concerns were reported earlier by The Washington Post.

“The problem with the bill as introduced was that the complete absence of any due process protections would likely have resulted in a court handling Russia a propaganda win by having an American court invalidate both the sanctions law and the sanctions themselves,” said Christopher Anders, the federal policy director at the ACLU

In response to those concerns, lawmakers watered down the bill substantially, making it a nonbinding resolution that would call on the administration to convene an “interagency working group” tasked with determining the constitutional mechanisms through which the president can take steps to seize and confiscate ”The assets of oligarchs who were punished with sanctions.

Explosions in the border regions. Transnistria, a breakaway region of Moldova on Ukraine’s western flank, was struck by explosions that Ukraine said were carried out by Russia as a pretext to invade Ukraine from that side. Local officials in three Russian districts bordering Ukraine later reported overnight blasts, raising the specter of broader conflict spilling beyond Ukraine’s borders.

The Biden administration appeared to be warming to the idea. Jake Sullivan, Mr. Biden’s national security adviser, said this month that “as we seize these assets, our goal is not to give them back; our goal is to put them to a better use than that. ”

That would represent a “fairly significant” shift in the way that sanctions are structured, said Richard Nephew, a senior research scholar at Columbia University. The current theory behind freezing the assets of malicious actors is to induce a change in behavior that results in those individuals regaining access to their property.

“It really does create some real questions of precedent and how this will be applied in other cases,” Mr. Nephew said.

“You can say, ‘We’ve got this war with all this devastation’ – that’s fine and limited,” Mr. Nephew said. “But there’s no particular reason that Ukraine would be considered so much more a special case” than other crises being perpetrated by governments that have been penalized with sanctions, including those in Libya and Iran.

Mr. Malinowski has argued that his legislation is narrowly tailored to apply to a uniquely egregious situation. Corrupt Russian oligarchs seeking to retain state-owned assets, he said, should not be entitled to the same due process rights as an American citizen.

“Although the assets may nominally belong to individuals, all of us who understand how Russia works know that these are state assets,” Mr. Malinowski said at a recent hearing. “They are allowed to manage these assets on behalf of Putin in exchange for their loyalty to the regime. They earned this money by stealing it in a country where there is no due process, and then they take advantage of our due process to protect it. ”

Protests spread in China as anger mounts over ‘zero-COVID’ | News 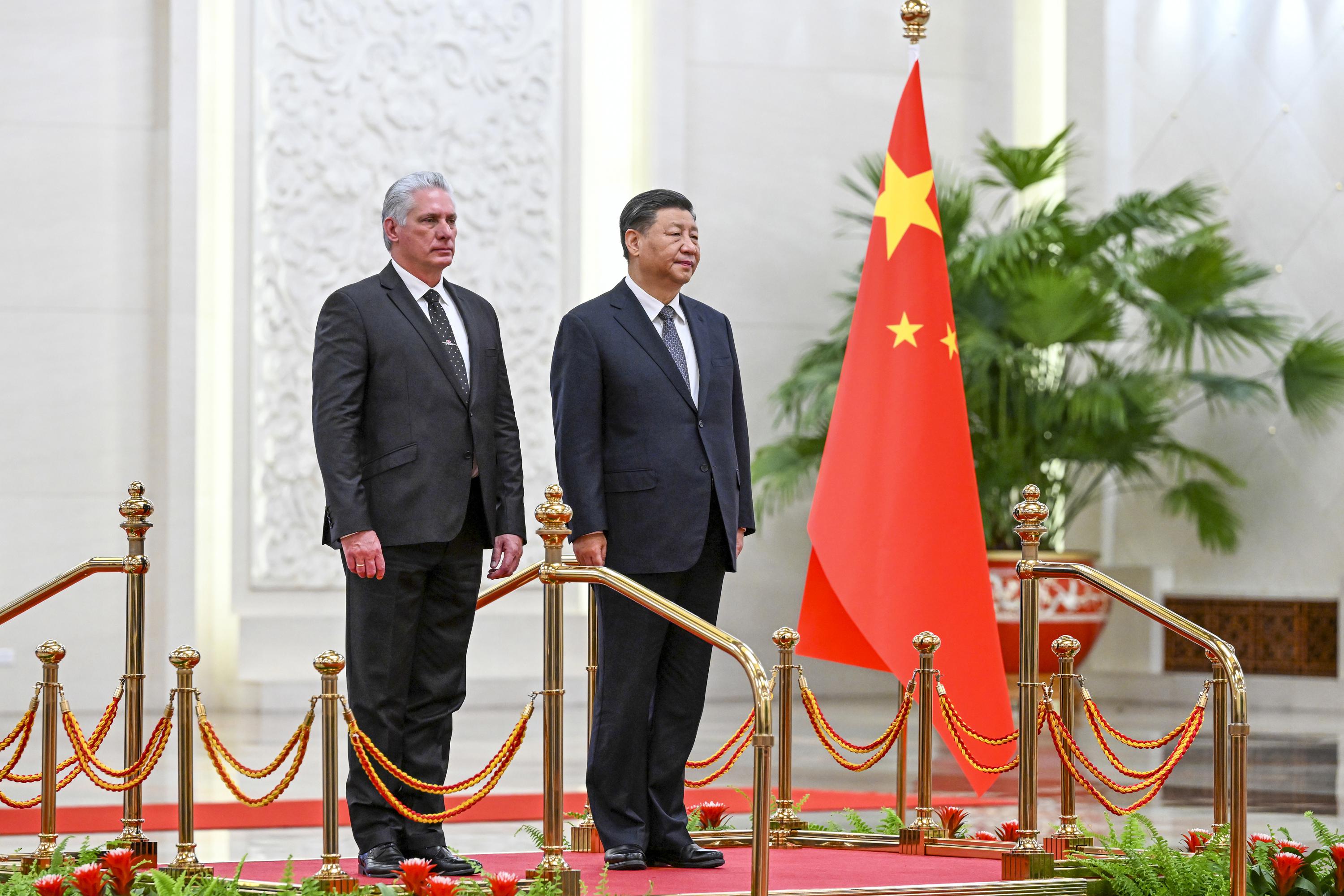 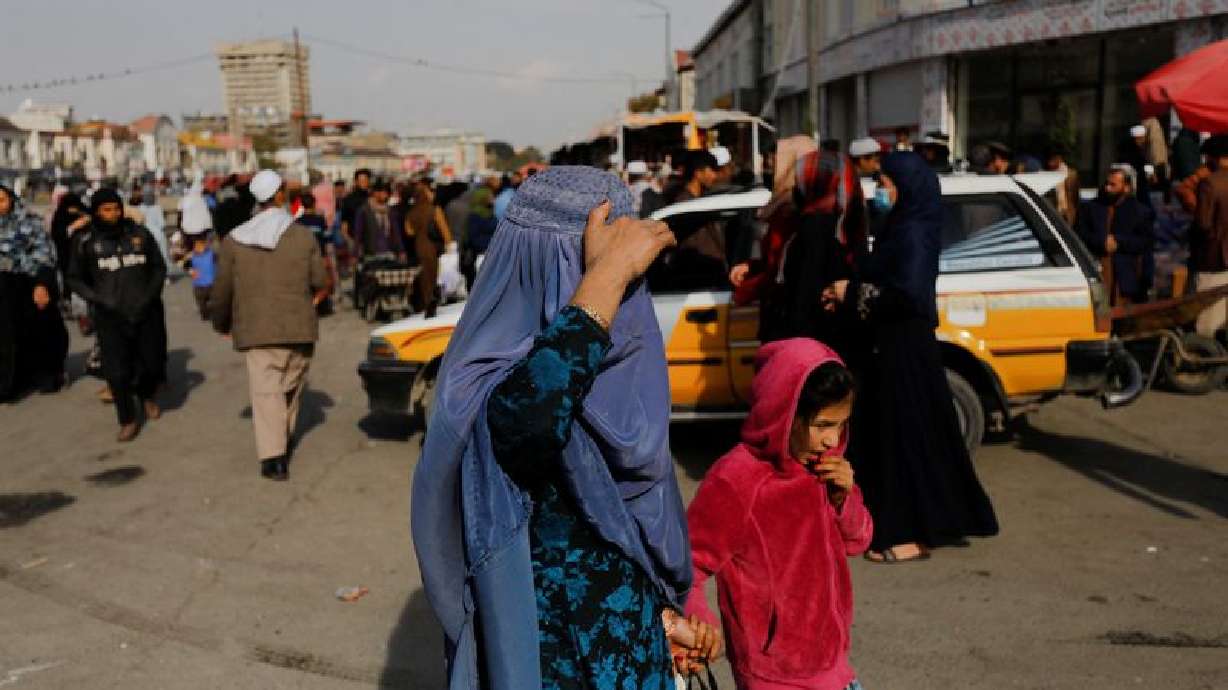 The Taliban’s treatment of women may be a crime against humanity, UN experts say