The world’s richest person could soon add another title to his name – America’s most leveraged CEO.

Two-thirds of Elon Musk’s financing for the $ 44 billion deal to take Twitter private will have to come out of his own pocket. That pocket is deep. He has a net worth of about $ 250 billion.

Yet because his wealth is tied up in Tesla stock, along with equity in his SpaceX and The Boring Co., Musk will have to sell millions of his shares and pledge millions more to raise the necessary cash.

According to his SEC filings, Musk’s financing plan includes $ 13 billion in bank loans and $ 21 billion in cash, likely from selling Tesla shares. It also includes a $ 12.5 billion margin loan, using its Tesla stock as collateral. Because banks require more of a cushion for high-beta stocks like Tesla, Musk will need to pledge about $ 65 billion in Tesla shares, or about a quarter of his current total, for the loan, according to the documents.

Even before the Twitter bid, Musk had pledged 88 million shares of the electric auto maker for margin loans, although it’s unclear how much cash he’s already borrowed from the facility.

According to research firm Audit Analytics, Musk has more than $ 90 billion of shares pledged for loans. The total makes Musk the largest stock-debtor in dollar terms among executives and directors, far surpassing second-ranked Larry Ellison, Oracle’s chairman and chief technology officer, with $ 24 billion, according to ISS Corporate Solutions, the Rockville, Maryland-based provider of ESG data and analytics.

Musk’s stock debt is outsized relative to the entire stock market. His shares pledged before the Twitter deal account for more than a third of the $ 240 billion of all shares pledged at all companies listed on the NYSE and Nasdaq, according to Audit Analytics. With the Twitter borrowing, that debt could soar even higher.

Of course, Musk has plenty of cushion, especially since he continues to receive new stock options as part of his 2018 compensation plan. His 170 million in fully owned Tesla shares, combined with 73 million in options, give him a potential stake in Tesla of 23%, at a value of over $ 214 billion. The rest of his net worth comes from his more than 50% stake in SpaceX and his other ventures.

He received another 25 million options as part of the plan this month as Tesla continued to meet its performance targets. While Musk can not sell the newly received options for five years, he can borrow against them.

Yet Musk’s 11-figure share loans represent an entirely new level of CEO leverage and risk. The risks were highlighted this week as Tesla’s share price slid 12% on Tuesday, chopping more than $ 20 billion from Musk’s net worth. Shares of Tesla were down less than 1% on Thursday afternoon.

Musk’s bet also come as other companies are sharply cutting back or restricting share borrowing by executives. More than two-thirds of S&P 500 companies now have strict anti-pledging policies, prohibiting all executives and directors from pledging company shares for loans, according to data from ISS Corporate Solutions. Most other companies have anti-pledging policies but grant exceptions or waivers, like Oracle. Only 3% of companies in the S&P are similar to Tesla and allow share pledging by executives, according to ISS.

Corporate concerns about excess stock leverage follow several high-profile blowups in which executives had to dump shares after margin calls from their lenders. Green Mountain Coffee Roasters in 2012 demoted its founder and chairman, Robert Stiller, and its lead director, William Davis, after the two men were forced to sell to meet margin calls. In 2015, Valeant CEO Michael Pearson was forced to sell shares held by Goldman Sachs as collateral when it called its $ 100 million loan.

“Pledging of shares by executives is considered a significant corporate governance risk,” Frank said. “If an executive with significant pledged ownership position fails to meet the margin call, it could lead to sales of those shares, which can trigger a sharp share drop in stock price.”

In its SEC filings, Tesla states that allowing executives and directors to borrow against their shares is key to the company’s compensation structure.

“The ability of our directors and executive officers to pledge Tesla stock for personal loans and investments is inherently related to their compensation due to our use of equity awards and promotion of long-termism and an ownership culture,” Tesla said in its filings. “Moreover, providing these individuals flexibility in financial planning without having to rely on the sale of shares aligns their interests with those of our stockholders.”

The exact amount that Musk has borrowed against his shares remains a mystery. Tesla’s SEC filings show his pledge of 88 million shares, but not how much cash he’s actually borrowed against them. If he pledged the shares in 2020 when Tesla stock was trading at $ 90, he would have been able to borrow about $ 2 billion at the time. Today, the borrowing power of those shares has increased tenfold, so he could have room to borrow an additional $ 20 billion or more against the 88 million shares already pledged. In that case, only about a third of his Tesla stake would be pledged after the Twitter deal.

Yet if he’s increased his borrowing as Tesla shares have risen in value, he may have to pledge additional shares. Analysts say that if Musk has maxed out his borrowing on the 88 million shares (which is highly unlikely) and he has to pledge an additional 60 million shares to fund the Twitter deal, more than 80% of his Tesla fully owned shares would be pledged as collateral.

That would leave him with about $ 25 billion in Tesla shares unpledged. If he also has to sell $ 21 billion of Tesla shares to pay the cash portion of the Twitter deal, as well as the accompanying capital gains taxes, virtually all of his remaining fully owned stock would be pledged.

Either way, Musk will be putting a large share of his Tesla wealth at risk, which could make for a bumpy ride ahead for Tesla shareholders. 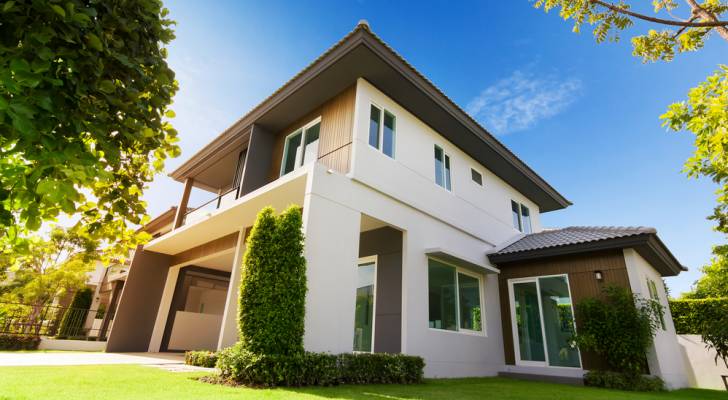 A brief ‘window of opportunity’ is now open for homebuyers as mortgage rates fall, but experts warn of a ‘longer term war that is not yet over’ 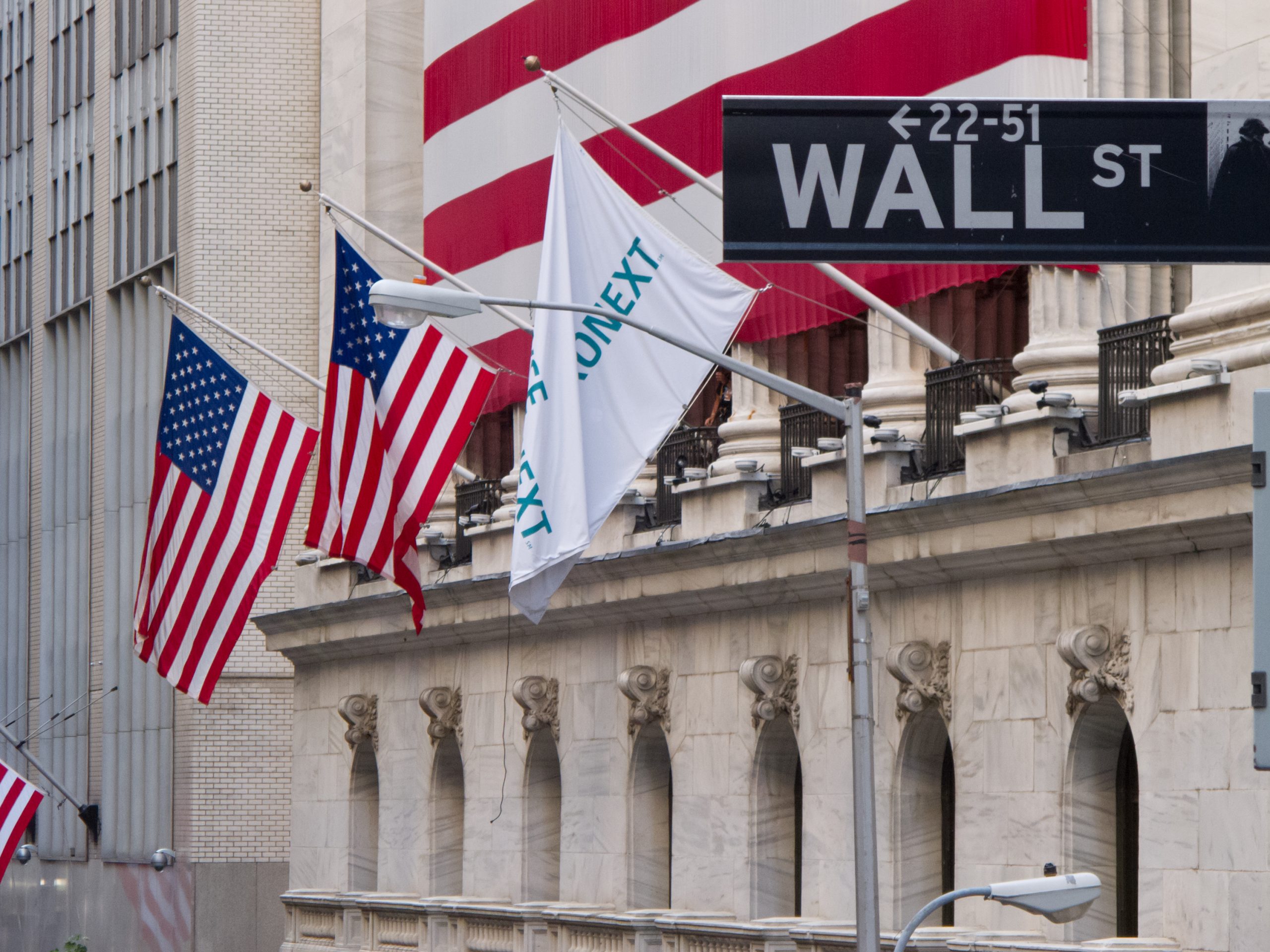 Tesla short Jim Chanos predicts the fall of Tesla, Crypto, and the S&P 500