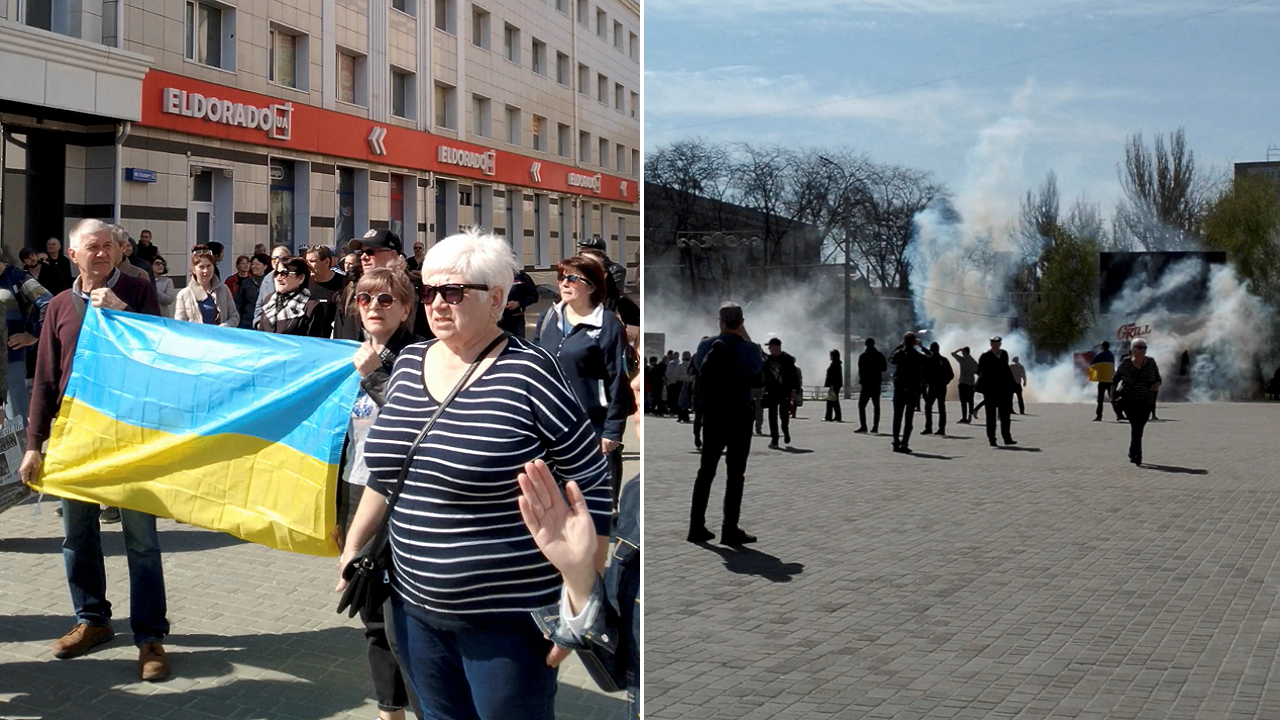 At least four people have been injured Wednesday in the Ukrainian city of Kherson after Russian troops there used tear gas and stun grenades to break up a pro-Ukraine protest, authorities say.

The forceful pushback from Russia’s army comes a day after they seized full control of the city center and appointed their own mayor, Reuters reports, citing local authorities.

“During a peaceful pro-Ukrainian rally on Freedom Square in the city of Kherson, servicemen of the Russian armed forces used tear gas and stun grenades against the civilian population,” the Office of Ukraine’s Prosecutor General said Wednesday.

People are seen fleeing after tear gas was fired Wednesday, April 27 during a pro-Ukraine rally in Kherson.
(Reuters)

Two people who claimed to have been at the rally told Reuters that people were waving Ukrainian flags and chanting “Glory to Ukraine” before the Russian troops showed up.

The soldiers reportedly started opening fire into the air, but “there was no panic until they threw the tear gas grenade,” Mykyta, an 18-year-old student, said to the news agency.

People are seen fleeing from the rally in Kherson on Wednesday, April 27.
(Reuters)

Ihor, a 33-year-old former factory worker, told Reuters that people who are still residing in Kherson are “depressed” as they “understand that they really can not do anything.”

A fallen rocket that was fired from Kherson but got intercepted by Ukrainian forces remains unexploded into the street in Mykolaiv, Ukraine on April 4.
(Andre Luis Alves / Anadolu Agency via Getty Images) 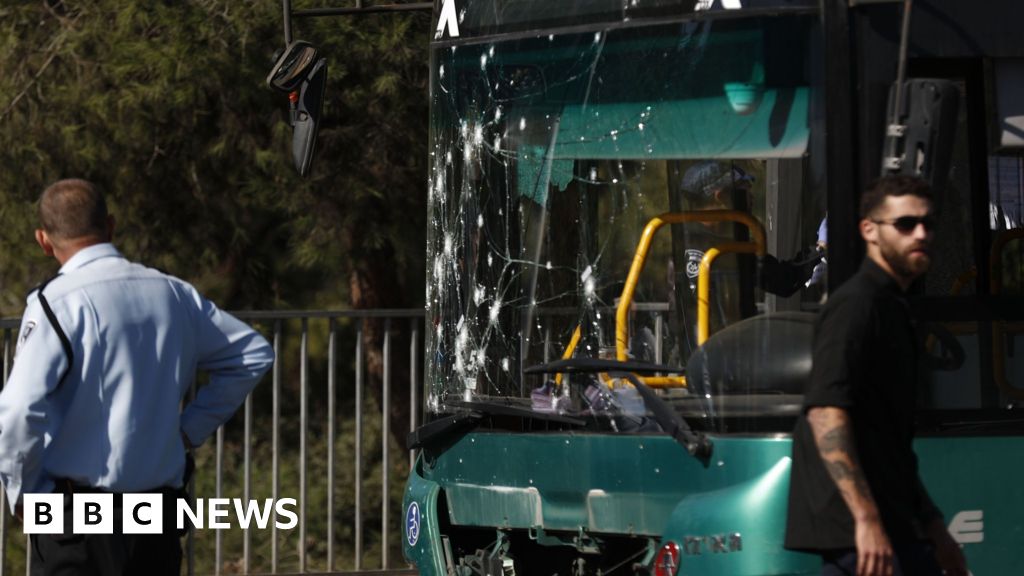